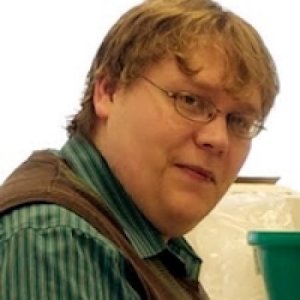 
The Prokop lab focuses on integrative biosciences for understanding genes and genetic variants.

Imagine sitting at the doctors, waiting to find out why you are not feeling well. Test after test, there often is not an answer. A few years back, Jeremy went through this exact struggle, waking up in the morning with incredible sore wrists, fingers, and other joints. As it got worse, the doctors thought one thing after another. Finally, after multiple visits, they realized it was psoriatic arthritis.

Getting into Precision Medicine seems easy, but tools for clinicians to use have been slow in development. When Jeremy joined the lab of Howard Jacob, whose lab was featured in One in a Billion: The Story of Nic Volker and the Dawn of Genomic Medicine, he realized how unfair the healthcare system is based on luck. Families with kids having rare disorders often spend millions of dollars trying to find out the cause of disease.

Jeremy began moving into using the DNA and RNA from individuals to understand disease risks and develop better tools to diagnose, understand, and potentially treat disease. Most labs take on studying only a single disease, leaving many diseases poorly studied and not fully appreciating how diseases are similar and different. The Prokop lab strives to understand any disease and why they happen, with the hopes of one day predicting adverse outcomes before they ever manifest.

Leptin and leptin receptor: analysis of a structure to function relationship in interaction and evolution from humans to fish

2012 Leptin is a circulating protein which regulates dietary intake through binding the leptin receptor. Numerous labs have used known structures and mutagenesis to study this binding process in common animal models (human, mouse and rat). Understanding this binding process in other vertebrate species will allow for a better understanding of leptin and leptin receptor function. The binding site between leptin and leptin receptor is highly conserved in mammals as confirmed through sequence alignments mapped onto structures of both leptin and leptin receptor. More variation in this interaction is found in lizard and frog sequences. Using our models, we show that the avian leptin sequences have far less variation in the binding site than does the leptin receptor. This analysis further suggests that avian leptins are artifactual. In fish, gene duplication events have led to the expression of multiple leptin proteins. These multiple leptin proteins have variation in the regions interacting with leptin receptor. In zebrafish and the Japanese rice fish, we propose that leptin A has a higher binding energy than does B. Differing binding energies are evidence of either divergent functions, different binding confirmations, or other protein partners of leptin B.

Leptin in teleost fishes: an argument for comparative study

2011 All organisms face tradeoffs with regards to how limited energy resources should be invested. When is it most favorable to grow, to reproduce, how much lipid should be allocated to storage in preparation for a period of limited resources (e.g. winter), instead of being used for growth or maturation? These are a few of the high consequence fitness ‘decisions’ that represent the balance between energy acquisition and allocation. Indeed, for animals to make favorable decisions about when to grow, eat, or reproduce, they must integrate signals among the systems responsible for energy acquisition, storage, and demand. We make the argument that leptin signaling is a likely candidate for an integrating system. Great progress has been made understanding the leptin system in mammals, however our understanding in fishes has been hampered by difficulty in cloning fish orthologues of mammalian proteins and (we assert), underutilization of the comparative approach.