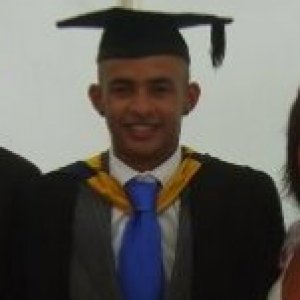 
A young, determined motivator; changing the face of public speaking

Jermaine Harris was born prematurely to a Barbadian Father and a Welsh Mother on August 29th 1988. The first battle of his life would come immediately when he would have to spend time in intensive care following complications as a result of his premature birth. Contrary to the statistics for his demographic Jermaine has always been about Academic Excellence achieving the highest possible scores in Primary school Tests right through to achieving a 'Distinction' at Masters Degree Level. Jermaine has aligned his academic excellence with a consistent drive for perfection on the golf course, and a borderline obsessive quest to master the human mind and the study of success. It is this passion for the above topics that has lead Jermaine to want to share his experiences with, and help as many audiences as possible. It is rare that someone of Jermaine's young age and unusual collection of attributes also has a love for public speaking, a passion that was no doubt ignited during his school days where he was deputy head of school and as a result had to give many speeches to diverse groups of people. Jermaine's 'success journey' is never ending and he wants to share each step with people whilst enhancing their drive towards their own personal successes. Jermaine gains his highest levels of fulfilment by watching others utilize his 'mental tools' and leaving his speeches, talks, seminars and consultations with greater levels of confidence, motivation, resilience and self-belief than ever before.

At the age of 14 I was playing a high standard of golf which enabled me to represent my country.

At the age of 14 I attained an A grade at GCSE maths level when the average age of the completion of this qualification is 16.

How to use confidence and motivation to create success

A talk that focuses on how confidence and motivation can be the integral ingredients in creating the life you want. It is described how the power of confident thinking, feeling, doing and decision making can create endless possibilities. The talk describes how motivation is within us all and is simply a state of mind that we rarely harness to its full potential. It is discussed how we can access this mindset at will, in order to manifest the life we desire through being motivated.