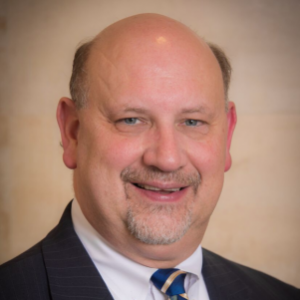 
A former state representative, Kooiman can discuss the impact of government spending on health care education and research. 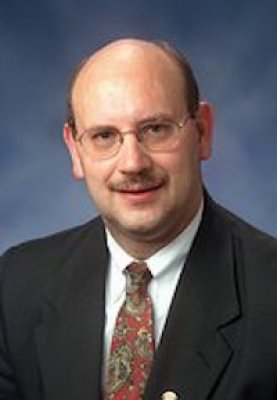 A former state representative, Kooiman can discuss the impact of government spending on health care education and research. He also can talk about implementation of the federal health care law.

"There have been significant successes in terms of helping set the stage for growth in the life sciences and technology sectors,'' said Jerry Kooiman, a member of the SmartZone Local Development Finance Authority, about the impact the authority has had over the years. Kooiman said the SmartZone played a role in assisting in the infrastructure to help growth in the region's health care efforts. He said the investment in the high school initiative supports another growth area that can help meet engineering, tech and health demands.

"That is the excitement of being Grand Rapids, you have that collaboration going on," Kooiman said. The building is a light-filled workspace thanks to a four-story atrium and floor-to-ceiling windows. The office and conference spaces are furnished with desks and Aeron chairs from Zeeland-based Herman Miller.

Quite frankly it's an archaic position that provides little or no value, since we now have a budget director at the city and we have a fully educated deputy comptroller who has all the credentials associated with that position," said Jerry Kooiman, a former state representative who is a member of the board that determines the pay of the city's elected officials. Kooiman made the motion to decrease the comptroller's pay at the Local Officers Compensation Commission (LOCC) meeting this month from $55,349 to $41,638 -- which was approved in a 5-1 vote with Ted Lott in opposition. Kooiman said he would have liked to have reduced the comptroller's pay to zero, but knew he wouldn't have found support.

About 30 MSU medical students per year, plus many more residents, now train in Kalamazoo's Bronson Methodist Hospital and Borgess Medical Center. Most or all existing clinical rotations and residencies will be honored but future students will be affected, Kooiman said. "When Western starts admitting students, that will restart the clock" and no longer allow the MSU partnerships with Kalamazoo hospitals, he said. That is likely about two years away, he said.