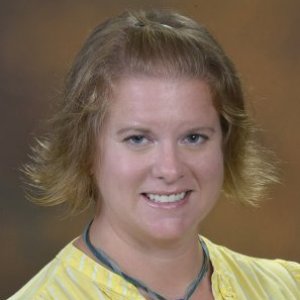 College of Science and Mathematics , 2014

Living in a Contaminated Estuary: Behavioral Changes and Ecological Consequences for Five Species

Killifish, grass shrimp, fiddler crabs, blue crabs, and young bluefish in contaminated estuaries differ ecologically from reference populations in relatively uncontaminated environments. All five of these species show reduced activity and feeding, but only fishes show reduced growth. In these areas, killifish are poor predators, eat much detritus, have poor predator avoidance, and are smaller and less abundant. Bluefish have reduced rates of feeding and growth. Both killifish and bluefish have altered thyroid glands and neurotransmitters, which may underlie behavioral changes. Shrimp in contaminated environments show unchanged levels of predator avoidance; compensatory energetic partitioning favors growth and reproduction despite reduced feeding. With less predation pressure, shrimp are larger and more numerous. Fiddler crabs tend to spend more time in burrows and experience reduced predation. With ample food, metal depuration through molting, and reduced population size, they grow larger. In contaminated estuaries, we've found that juvenile blue crabs are less likely to be eaten by adults; adults are impaired in prey capture but are larger, despite eating much detritus and algae. Release from top-down effects from humans—as a result of a fishery advisory—may allow crabs to live longer. It appears that differences in physiology and trophic interactions modify the effects of reduced feeding on the different species.

Fight or flight: An investigation of aggressive behavior and predator avoidance in two populations of blue crabs (Callinectes sapidus Rathbun) in New Jersey

Recent literature has suggested aggression may be context dependent. The purpose of this investigation was to examine aggressive and predator avoidance behaviors in juvenile blue crabs of two populations. Furthermore, we wanted to determine whether aggression persisted into the adult stages. Juvenile blue crabs collected from an impacted estuary, the Hackensack Meadowlands (HM), were found to attack a threatening stimulus significantly more often (70%) than conspecifics from a less impacted estuary (Tuckerton—TK). TK juveniles responded significantly more often with a flight (~35%) or mixed response (~30%). Additionally, HM juveniles were significantly more successful than TK juveniles at avoiding an adult blue crab predator when sandy substrate was present in laboratory experiments. However, the video clarity made it impossible to determine which interactions were allowing survival. To determine if “aggression” exhibited by the HM juveniles was the reason for their enhanced survival, follow-up predator avoidance experiments were conducted without substrate and videotaped. The results of these experiments suggest that aggression per se is not the reason since aggressive juveniles were no more successful than non-aggressive individuals. The aggressive behavior exhibited by HM juveniles continues into the adult stages. This behavior may be important to recognize when estimating population size as well as local fishery efforts. KeywordsAggression-Behavior-Blue crab- Callinectes sapidus -Predator avoidance

Blue crabs from a contaminated estuary (Hackensack Meadowlands-HM) and a cleaner reference site (Tuckerton-TK) were analyzed for Cr, Cu, Hg, Pb, and Zn in muscle and hepatopancreas. Crabs from each site were taken into the laboratory and fed food from the other site, or in another experiment, transplanted to the other site for eight weeks. All crabs were analyzed for metals. Overall, tissue concentrations reflected environmental conditions. Tissue differences were found for Cu, Pb and Zn (all higher in hepatopancreas), and Hg (higher in muscle). HM muscle had more Hg than TK muscle, but did not decrease after transplanting or consuming clean food. HM crabs lost Cu, Pb and Zn in hepatopancreas after being fed clean food or transplanted. TK crabs increased Hg in muscle and Cr and Zn in hepatopancreas after transplantation or being fed contaminated (HM) food. Concentrations were variable, suggesting that blue crabs may not be fully reliable bioindicators of polluted systems.

Populations living in contaminated environments may exhibit behavioral changes that can alter predator–prey interactions. Blue crabs from the contaminated Hackensack Meadowlands (HM) had reduced ability to capture juvenile blue crabs and adult mummichogs (both active prey) compared with crabs from a reference site (Tuckerton (TK)). However, they consumed equivalent amounts of ribbed mussels and fiddler crabs, which are less active prey. Crabs may have reduced coordination rather than appetite or motivation. The lab data are supported by stomach analysis of field-caught crabs. HM crab stomachs contained ∼60% algae, plant material, detritus, and sediment and much lower weights of crab, fish, and other live food than TK crabs. However, the relative absence of bivalves in their diet may reflect reduced amounts available. When TK crabs were caged in HM or fed food from HM in the lab for 8 weeks, their prey capture ability declined significantly, and mercury in their muscle tissue increased significantly, indicating that environmental factors were responsible for the behavioral differences. When HM crabs were caged in TK or fed fish from TK in the lab for 8 weeks, their prey capture ability improved significantly. Mercury levels were variable and did not show a significant decrease.