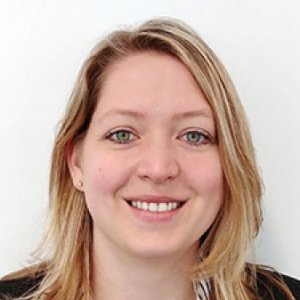 
Professor Rouge is an expert in enzyme-mediated assembly of nanomaterials and delivery of DNA and RNA into cells.

Professor Rouge researches nanoparticles for drug delivery. She seeks to understand how enzymes and nucleic acids can be used in new ways to engineer highly specific and targeted responses in chemical and biological systems. Developing new chemical strategies for assembling catalytic RNA sequences at nanoparticle surfaces has sensing, diagnostic and therapeutic applications. 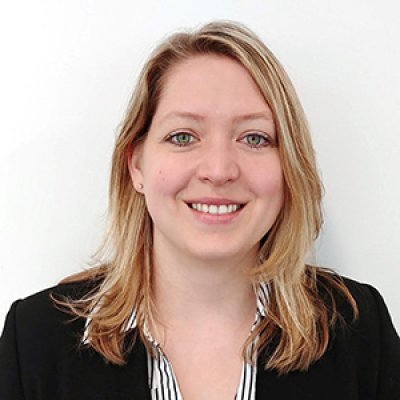 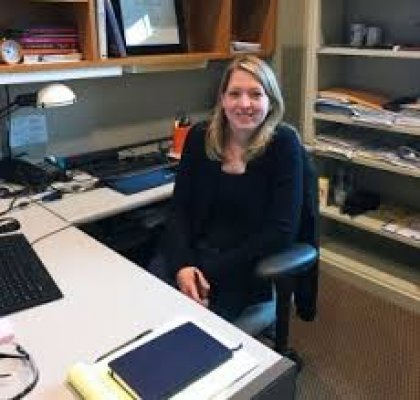 "There's no one-size-fits-all delivery system," says Jessica Rouge, assistant professor of chemistry at UConn, and author of a new paper on the technology in Bioconjugate Chemistry. "The beauty of this system is that it is programmable, modular, and has the ability to rapidly integrate diverse peptide sequences. It can be tailored to combat new disease challenges as they emerge." The delivery platform, featured in the paper by Rouge and her research team, combines synthetic peptides, surfactants, and nucleic acids to form a nanocapsule that allows time-appropriate, enzyme-specific co-release of a given pharmaceutical and an oligonucleotide (DNA or RNA). These findings build on Rouge's work to understand how enzymes and nucleic acids can be used in new ways to engineer highly specific and targeted responses in chemical and biological systems.

Described herein is an enzyme-mediated approach to bioconjugation at nanoparticle (NP) surfaces. This process is enabled by a new synthetic linker compatible with the covalent attachment of alkyne modified substrates, including dyes, peptides and nucleic acids. The methods described herein specifically allow for the linkage of molecules to a DNA-functionalized nanoparticle surface.

2020 This work highlights a multifunctional nanoscale material which can effectively compartmentalize small molecules and biomolecules into a single, micellar structure with programmable degradation properties resulting in highly controllable release properties. The nanomaterial consists of a ZIF-8 metal organic framework (MOF) encapsulated within a DNA surfactant micelle assembly, referred to as a nucleic acid nanocapsule (NAN).

2020 The optimized delivery and distribution of the compound is monitored by both fluorescence microscopy and inductively coupled plasma mass spectrometry. We show that codelivery of the AP228 and Bcl-2 targeting siRNA results in a substantial increase in drug efficacy, wherein the cytotoxic therapeutic effects of the drug are maximized, reducing the IC50 from 760 nM to 11 nM.

2018 Herein, we describe the characterization of a novel self‐assembling and intracellular disassembling nanomaterial for nucleic acid delivery and targeted gene knockdown. By using a recently developed nucleic acid nanocapsule (NAN) formed from surfactants and conjugated DNAzyme (DNz) ligands, it is shown that DNz–NAN can enable cellular uptake of the DNAzyme and result in 60 % knockdown of a target gene without the use of transfection agents.

2017 Herein we describe a modular assembly strategy for photo-cross-linking peptides into nucleic acid functionalized nanocapsules. The peptides embedded within the nanocapsules form discrete nanoscale populations capable of gating the release of molecular and nanoscale cargo using enzyme–substrate recognition as a triggered release mechanism.

2017 Herein we describe a nucleic acid functionalized nanocapsule in which nucleic acid ligands are assembled and disassembled in the presence of enzymes. The particles are fully degradable in response to esterases due to an embedded ester cross-linker in the particle’s core.

2016 Herein a new multifunctional formulation, referred to as a core-polyethylene glycol-lipid shell (CPLS) nanoparticle, has been proposed and studied in silico via large scale coarse-grained molecular dynamics simulations. A PEGylated core with surface tethered polyethylene glycol (PEG) chains is used as the starting configuration, where the free ends of the PEG chains are covalently bonded with lipid molecules (lipid heads).

2015 A method is introduced for modulating the bond strength in DNA–programmable nanoparticle (NP) superlattice crystals. This method utilizes noncovalent interactions between a family of [Ru(dipyrido[2,3-a:3′,2′-c]phenazine)(N–N)2]2+-based small molecule intercalators and DNA duplexes to postsynthetically modify DNA–NP superlattices.

2015 Ribozymes are highly structured RNA sequences that can be tailored to recognize and cleave specific stretches of mRNA. Their current therapeutic efficacy remains low due to their large size and structural instability compared to shorter therapeutically relevant RNA such as small interfering RNA (siRNA) and microRNA (miRNA). Herein, a synthetic strategy that makes use of the spherical nucleic acid (SNA) architecture to stabilize ribozymes and transfect them into live cells is reported.

2014 Herein, we describe a rapid, divergent method for using spherical nucleic acids (SNAs) as a universal platform for attaching RNA to DNA-modified nanoparticles using enzyme-mediated techniques. This approach provides a sequence-specific method for the covalent attachment of one or more in vitro transcribed RNAs to a universal SNA scaffold, regardless of RNA sequence.

Biomolecules in the Synthesis and Assembly of Materials for Energy Applications.

2011 Biomolecules such as RNA, DNA, peptides, and proteins are emerging as powerful chemical tools for the synthesis of inorganic nanoparticles. Specific biomolecule sequences have been isolated that afford remarkable control over the size, shape, polymorph, and hierarchical assembly of nanoparticles. Such exquisite control over nanoparticle growth and integration has already produced materials with unexpected photophysical properties and battery devices with improved performance. Continued exploration of biomolecule-mediated materials synthesis portends further advances in materials for the energy sciences. This review surveys the use of biomolecules in the synthesis and assembly of materials with a primary focus on methods that allow vast landscapes of biomolecule sequence space to be sampled simultaneously to discover unique sequence codes for new materials.

2009 The present work investigates single CdSe QD blinking behaviour in the absence of illumination, in order to elucidate the role of photoexcitation on the long time dynamics. The probability of a QD transitioning in the dark from a high quantum yield (‘on’) state to a low quantum yield (‘off’) state is found to be extremely low and essentially independent of dwell time from