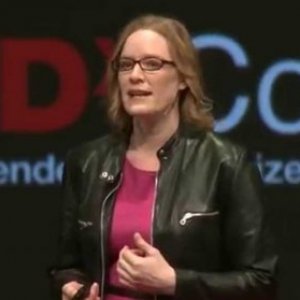 
Biomedical expert, revolutionizing our knowledge of the relationship between nanoparticles and biology 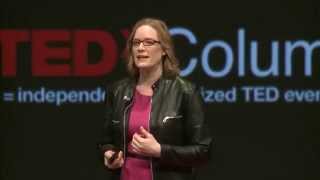 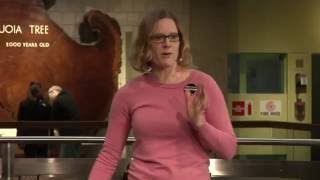 Dr. Winter joined the faculty at Ohio State University in 2006, where her research has centered on two themes: nanoparticle synthesis and assembly and neural biomimetic materials. In the area of nanoparticle synthesis and assembly, Winter’s work has focused primarily on quantum dots and magnetic quantum dots that have applications in multimodal imaging, cell and molecular separations, and molecular diagnostics. She and her collaborators have developed a scalable nanomanufacturing process for nanoparticle synthesis that combines top-down and bottom-up assembly processes. In the area of biomimetic materials, Dr. Winter’s research group is developing materials that mimic white matter and extracellular matrix in brain to elucidate the roles of these materials as cancer cell migration highways. In this context, she is examining the effects of pressure and microenvironment on resistance to therapy.

This work culminated in the formation of a company, Core Quantum Technologies, to commercialize these materials for clinical diagnostics. Her work with CQT has received several accolades, including two local newspaper articles, the University Early Innovator Award, the TechColumbus Innovator of the Year Award, and was named Engineering Rising Star by Design Engineering News Golden Mousetrap awards. She was named one of the “20 people to know in technology” in the state of Ohio, gave a TedX Talk on her experiences, and was the cover story of the Winter 2016 issue of Cancer Today, a publication of the American Association of Cancer Researchers.

Dr. Winter has also served as member-at-large, vice chair, chair, and is currently past-chair of the Nanoscale Science and Engineering Forum of the American Institute of Chemical Engineers.

She is a fellow of the AAAS and AIMBE, a senior member of the IEEE and AIChE. She has been recognized by several awards and has presented her research to congress on behalf of the NSF.

At the age of 35, I was diagnosed with breast cancer. It has been almost six years since that fateful day—and my life has been forever changed, and so has my perspective on the role of science in our society. As a professor in bioengineering at The Ohio State University (OSU) whose research is focused on cancer, I am uniquely aware that my survival has resulted from therapies discovered by government-supported research. Such progress in therapies would be in jeopardy if Congress were to implement the Trump Administration’s proposed budget cuts to science...

Do I have to leave to launch?

It started with a diagnosis. In 2011, chemical and biochemical engineer Jessica Winter learned that she had breast cancer—ironically just 3 months after she had begun breast tumor studies in her lab at Ohio State University (OSU), Columbus. “These are the moments where you sit down and think about your life,” she says. “Have you gotten to where you want to be? If you were to die tomorrow, what would you regret?”...

20 People to Know in Technology

Why did you get into this profession? I really like to be challenged, and whatever else I can say about my job, I can say that in nearly 15 years, I have never been bored. I chose to work in the field of nanotechnology because I had previously worked at Intel Corp. and saw the potential of the very small to make very big changes in consumer products. I specifically focused on bio-nanotechnology because biology is so complicated and very difficult to control. I can easily see myself spending a lifetime in bio-nanotechnology and yet only scratching the surface of how to interface engineering with biology.

Quantum Dots of Many Colors

Last year, engineers at Ohio State University "invented a new kind of nano-particle that shines in different colors to tag molecules in biomedical tests." The secret ingredient? quantum dots! This breakthrough -- described in the online edition of Nano Letters, in a paper by OSU's Jessica Winter and Gang Ruan -- involved stuffing tiny plastic nanoparticles with even tinier quantum dots for use in biomedical tagging applications. It's easier to see biological molecules under a microscope if they fluoresce, and quantum dots glow more brightly than other fluorescent molecules used for this purpose...

Quantum Dots Can Tag Individual Molecules With A Fluorescent Glow

Earlier attempts to tag molecules with bright quantum dots were hindered by the dots' on-and-off blinking, like trying to follow a blinking flashlight through a dark room. The Ohio State engineers fixed the faulty flashlight. Led by assistant professor Jessica Winter and research scientist Gang Ruan, the team placed a group of quantum dots inside a slightly larger plastic nanoparticle. Whenever a single quantum dot within the nanoparticle blinked off, the team simply followed the glow of its neighbors...

Jessica Winter, assistant professor of chemical and biomolecular engineering and biomedical engineering, and research scientist Gang Ruan describe their patent-pending technology in the online edition of the journal Nano Letters...

Jessica Winter, assistant professor of chemical and biomolecular engineering and biomedical engineering, and research scientist Gang Ruan describe their patent-pending technology in the online edition of the journal Nano Letters...

“Our strategy is combining two particles that contain different properties to make one particle with multiple properties,” explained Jessica Winter, assistant professor in chemical and biomolecular engineering and biomedical engineering at Ohio State...

Jessica O. Winter, assistant professor of chemical and biomolecular engineering at Ohio State University described the research Thursday, August 21 at the American Chemical Society meeting in Philadelphia. She is also an assistant professor of biomedical engineering. Worldwide, researchers are developing medical implants that stimulate neurons to treat conditions caused by neural damage. Most research focuses on preventing the body from rejecting the implant, but the Ohio State researchers are focusing instead on how to boost the implants' effectiveness. "We're trying to get the nerve tissue to integrate with a device -- to grow into it to form a better connection," Winter said...