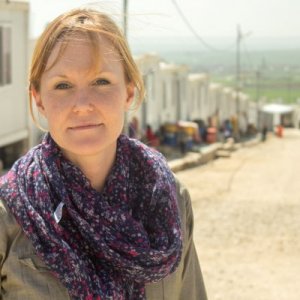 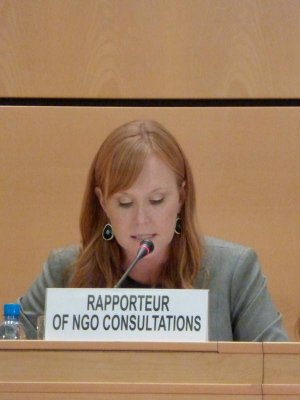 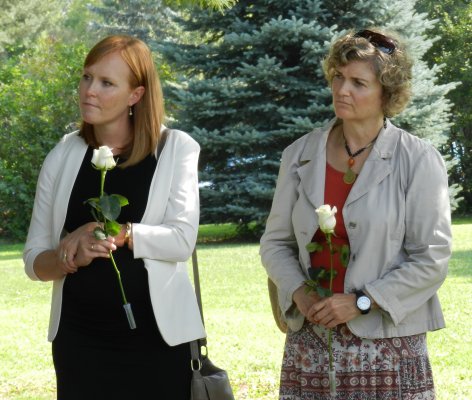 Prior to joining CARE, Jessie worked as a protection delegate with the International Committee of the Red Cross (ICRC) in Pakistan; as a Senior Policy Advisor in the Humanitarian Affairs and Disaster Response Group at the Department of Foreign Affairs and International Trade Canada, leading the development of Canadian policy related to refugees, IDPs and the United Nations High Commissioner for Refugees (UNHCR); and, as a Senior Policy Advisor and Manager in the Resettlement Division in Refugees Branch at Citizenship and Immigration Canada.

As a 2008 Walter and Gordon Duncan Foundation Global Youth Fellow, Jessie co-produced and co-directed Home Free, a short film about the 1972 Burundian refugees in Tanzania. Jessie began her career with the UNHCR in London and as a volunteer with World University Service of Canada’s Student Refugee Program at the University of Toronto.

Jessie lives in Ottawa and speaks both French and English

Deputy Minister's Award for overall contribution to improving diversity in the workplace through the creation of the Youth Newcomer Internship Program (YNIP), now an official Federal Government program known as the Federal Internship for Newcomers.

Humanitarian of the Year 2015 (professional)

They risk their lives to help others in conflict situations around the world. We hear about the challenges facing humanitarian aid workers from Jessie Thomson. She's the director of the Humanitarian Assistance and Emergency Team at CARE Canada. Thomson has worked in some of the most dangerous countries on the planet.

An editorial explaining how development actors have not necessarily integrated displaced persons into their programs and the implications for durable solutions.

As a 2008 Gordon Global Fellow, Jessie Thomson examined efforts underway to resolve protracted refugee situations. She co-produced the short film Home Free, scheduled to be aired in Ottawa on February 22nd. It documents the story and voice of three refugee families in the context of efforts to resolve the long-standing situation of Burundian refugees in Tanzania. This film is a testament to the incredible self-sufficiency, strength, courage and determination of all refugees and highlights the importance of having a place to call home.

The comprehensive solution currently underway for the so-called ‘1972 Burundian refugees’ in Tanzania can offer important lessons for other protracted refugee situations.

The Resettlement Challenge: Integration of Refugees from Protracted Refugee Situations

This paper explores Canada’s response, through our Refugee and Humanitarian Resettlement Program, to developments in international refugee policy and will ask how Canada’s resettlement program could be used more strategically in the future so as to meaningfully contribute to resolving protracted refugee situations globally while ensuring the successful integration of refugees from these situations.

This paper fills information gaps with regard to unaccompanied/separated minors in Canada. By the means of reviewing Citizenship and Immigration Canada administrative databases, it investigates how many unaccompanied/separated refugee minors exist, who they are, and how they are received in Canada. We found that there were fewer truly unaccompanied minors than previously reported. In the asylum stream, only 0.63 per cent (or 1,087) of the total claimant population were found to be unaccompanied by adults in the past five years. In the resettlement stream only two truly unaccompanied minors were resettled during 2003 and 2004. Regarding their socio-demographic characteristics, we found that unaccompanied minors compose a highly heterogeneous group from man), different countries. Regarding how they were received in Canada, very little evidence existed. Our study found that unaccompanied and separated asylum-seeking minors showed a higher acceptance rate and quicker processing times than the adult population, but details about the minors' actual reception into Canada remains to be further explored. This study recommends that Citizenship and Immigration Canada review its administrative databases with a view toward improving the data about separated/unaccompanied children. Consistent and detailed definitions are required to develop a comprehensive policy framework for unaccompanied/separated minor refugees in Canada.

Canadian Family Reunification Policy in the Context of Resettlement

This article looks at family reunification policy as it applies to refugees selected from abroad through Canada’s Refugee and Humanitarian Resettlement Program. Family reunification is an important priority for the Refugee and Humanitarian Resettlement Program, and the author sketches the various aspects of the policy. This article was originally published in the Fall 2005 issue of INSCAN: International Settlement Canada. Permission to reprint the article here is greatly appreciated.