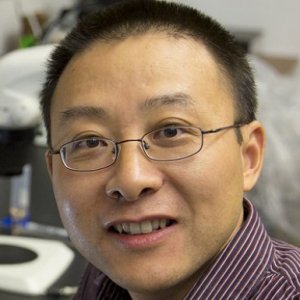 Assistant Professor, Department of Physiology and Neurobiology | University of Connecticut


Jianjun Sun, Ph.D. is an expert in reproduction biology and contraceptives. 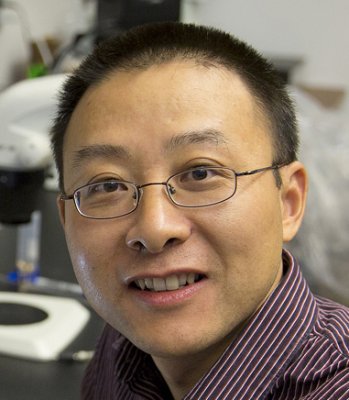 First Look: Could a fruit fly’s sex life be the key to a new type of contraception?

onsider, for a moment, the sex lives of fruit flies. They might seem very different from ours, with seductive wing-fluttering, oh-so-sensual buzzing, and ritual partner-tasting through gustatory organs on their legs. But if you thought you were unique in the bedroom — or at least unlike an arthropod — Jianjun Sun has news for you. Not only does everyone’s favorite lab insect have a penchant for oral foreplay, but the female fruit fly’s egg cells also act a lot like a human’s — and Sun hopes he can use that similarity to develop a new kind of contraceptive.

Insect and mammal ovulation more alike than not?

"Not so, according to Jianjun Sun and colleagues in UConn's department of physiology and neurobiology and their collaborator Allan Spradling at the Carnegie Institution for Science." (...)

"New research from Carnegie's Allan Spradling and Jianjun Sun has shed light on how successful ovulation and fertilization are brought about by studying these processes in fruit flies." (...)

2020 The NR5A-family nuclear receptors are highly conserved and function within the somatic follicle cells of the ovary to regulate folliculogenesis and ovulation in mammals; however, their roles in Drosophila ovaries are largely unknown. Here, we discover that Ftz-f1, one of the NR5A nuclear receptors in Drosophila, is transiently induced in follicle cells in late stages of oogenesis via ecdysteroid signaling.

Steroid signaling in mature follicles is important for Drosophila ovulation

2017 Although ecdysteroid signaling regulates multiple steps in oogenesis, it is not known whether it regulates Drosophila ovulation, a process involving a matrix metalloproteinase-dependent follicle rupture. In this study, we demonstrated that ecdysteroid signaling is operating in mature follicle cells to control ovulation. Moreover, knocking down shade (shd), encoding the monooxygenase that converts ecdysone (E) to the more active 20-hydroxyecdysone (20E), specifically in mature follicle cells, blocked follicle rupture, which was rescued by ectopic expression of shd or exogenous 20E.

2015 Ovulation is critical for successful reproduction and correlates with ovarian cancer risk, yet genetic studies of ovulation have been limited. It has long been thought that the mechanism controlling ovulation is highly divergent due to speciation and fast evolution. Using genetic tools available in Drosophila, we now report that ovulation in Drosophila strongly resembles mammalian ovulation at both the cellular and molecular levels. Just one of up to 32 mature follicles per ovary pair loses posterior follicle cells (“trimming”) and protrudes into the oviduct, showing that a selection process prefigures ovulation. Follicle cells that remain after egg release form a “corpus luteum (CL)” at the end of the ovariole, develop yellowish pigmentation, and express genes encoding steroid hormone biosynthetic enzymes that are required for full fertility. Finally, matrix metalloproteinase 2 (Mmp2), a type of protease thought to facilitate mammalian ovulation, is expressed in mature follicle and CL cells. Mmp2 activity is genetically required for trimming, ovulation and CL formation. Our studies provide new insights into the regulation of Drosophila ovulation and establish Drosophila as a model for genetically investigating ovulation in diverse organisms, including mammals.

2015 Ovulation is essential for the propagation of the species and involves a proteolytic degradation of the follicle wall for the release of the fertilizable oocyte. However, the precise mechanisms for regulating these proteolytic events are largely unknown. Work from our lab and others have shown that there are several parallels between Drosophila and mammalian ovulation at both the cellular and molecular levels. During ovulation in Drosophila, posterior follicle cells surrounding a mature oocyte are selectively degraded and the residual follicle cells remain in the ovary to form a corpus luteum after follicle rupture. Like in mammals, this rupturing process also depends on matrix metalloproteinase 2 (Mmp2) activity localized at the posterior end of mature follicles, where oocytes exit. In the present study, we show that Mmp2 activity is regulated by the octopaminergic signaling in mature follicle cells. Exogenous octopamine (OA; equivalent to norepinephrine, NE) is sufficient to induce follicle rupture when isolated mature follicles are cultured ex vivo, in the absence of the oviduct or ovarian muscle sheath. Knocking down the alpha-like adrenergic receptor Oamb (Octoampine receptor in mushroom bodies) in mature follicle cells prevents OA-induced follicle rupture ex vivo and ovulation in vivo. We also show that follicular OA-Oamb signaling induces Mmp2 enzymatic activation but not Mmp2 protein expression, likely via intracellular Ca2+ as the second messenger. Our work develops a novel ex vivo follicle rupture assay and demonstrates the role for follicular adrenergic signaling in Mmp2 activation and ovulation in Drosophila, which is likely conserved in other species.