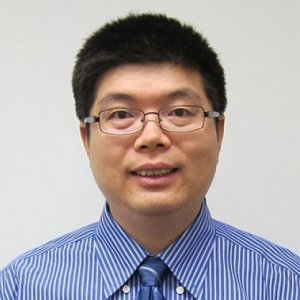 
Jianming Xie's research develops novel tools for understanding and enhancing the function of the immune system to combat cancer and HIV.

Jianming Xie received his Ph.D. in chemical biology from the Scripps Research Institute in 2006, under the guidance of Prof. Peter Schultz. His graduate research helped pioneer a novel biosynthetic method that enables the genetic incorporation of unnatural amino acids into proteins in a site-specific manner. After graduation, he joined the laboratory of Prof. Mark Davis at Stanford University as a Cancer Research Institute (CRI) Irvington postdoctoral fellow in immunology. He developed and applied a novel protein photochemistry method for elucidating the mechanism by which a T cell recognizes its antigen with high specificity and sensitivity. In December 2014, he started his independent career in the Department of Pharmacology and Pharmaceutical Sciences at the University of Southern California (USC) School of Pharmacy. His research at USC is focused on engineering T cells and natural killer (NK) cells with novel chimeric antigen receptors (CAR) to target cancer and HIV. His laboratory has recently developed a universal CAR-NK cell platform that can target various epitopes of HIV and cancer. His laboratory also aims to develop next-generation CAR-T and CAR-NK cells to target cancer with enhanced specificity and sensitivity. His team uses multidisciplinary approaches to achieve these goals, including protein chemistry, cellular engineering, immunology, biophysics, and mouse models.

2004 Inventor: Jianming Xie, Lei Wang, Ning Wu, Peter G. Schultz Translation systems and other compositions including orthogonal aminoacyl tRNA-synthetases that preferentially charge an orthogonal tRNA with an iodinated or brominated amino acid are provided. Nucleic acids encoding such synthetases are also described, as are methods and kits for producing proteins including heavy atom-containing amino acids, e.g., brominated or iodinated amino acids. Methods of determining the structure of a protein, e.g., a protein into which a heavy atom has been site-specifically incorporated through use of an orthogonal tRNA/aminoacyl tRNA-synthetase pair, are also described.

Engineering T cells and natural killer (NK) cells with anti-HIV chimeric antigen receptors (CAR) has emerged as a promising strategy to eradicate HIV-infected cells. However, current anti-HIV CARs are limited by targeting a single epitope of the HIV envelope glycoprotein gp160, which cannot counter the enormous diversity and mutability of viruses. Here, we report the development of a universal CAR-NK cell, which recognizes 2,4-dinitrophenyl (DNP) and can subsequently be redirected to target various epitopes of gp160 using DNP-conjugated antibodies as adaptor molecules. We show that this CAR-NK cell can recognize and kill mimic HIV-infected cell lines expressing subtypes B and C gp160. We additionally find that anti-gp160 antibodies targeting membrane-distal epitopes (including V1/V2, V3, and CD4bs) are more likely to activate universal CAR-NK cells against gp160+ target cells, compared with those targeting membrane-proximal epitopes located in the gp41 MPER. Finally, we confirm that HIV-infected primary human CD4+ T cells can be effectively killed using the same approach. Given that numerous anti-gp160 antibodies with different antigen specificities are readily available, this modular universal CAR-NK cell platform can potentially overcome HIV diversity, thus providing a promising strategy to eradicate HIV-infected cells.

2015 A hallmark of CD4(+) T cell activation and immunological synapse (IS) formation is the migration of the microtubule organization center and associated organelles toward the APCs. In this study, we found that when murine CD4(+) T cells were treated with a microtubule-destabilizing agent (vinblastine) after the formation of IS, the microtubule organization center dispersed and all of the major cellular organelles moved away from the IS.

How the immune system talks to itself: the varied role of synapses

2013 Using an elaborately evolved language of cytokines and chemokines as well as cell-cell interactions, the different components of the immune system communicate with each other and orchestrate a response (or wind one down). Immunological synapses are a key feature of the system in the ways in which they can facilitate and direct these responses.

2012 The binding of T cell antigen receptors (TCRs) to specific complexes of peptide and major histocompatibility complex (pMHC) is typically of very low affinity, which necessitates the use of multimeric pMHC complexes to label T lymphocytes stably. We report here the development of pMHC complexes able to be crosslinked by ultraviolet irradiation; even as monomers, these efficiently and specifically stained cognate T cells.

2009 Thymic positive selection is based on the interactions of T cell antigen receptors (TCRs) with self peptide-major histocompatibility complex (MHC) ligands, but the identity of selecting peptides for MHC class II-restricted TCRs and the functional consequences of this peptide specificity are not clear.

2006 Recently, a method to encode unnatural amino acids with diverse physicochemical and biological properties genetically in bacteria, yeast and mammalian cells was developed. Over 30 unnatural amino acids have been co-translationally incorporated into proteins with high fidelity and efficiency using a unique codon and corresponding transfer-RNA:aminoacyl-tRNA-synthetase pair.

2004 A recently developed method makes it possible to genetically encode unnatural amino acids with diverse physical, chemical or biological properties in Escherichia coli and yeast. We now show that this technology can be used to efficiently and site-specifically incorporate p-iodo-L-phenylalanine (iodoPhe) into proteins in response to an amber TAG codon.