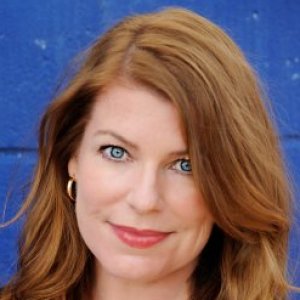 
Jill McCorkel, PhD, examines the social and political consequences of mass incarceration in the United States 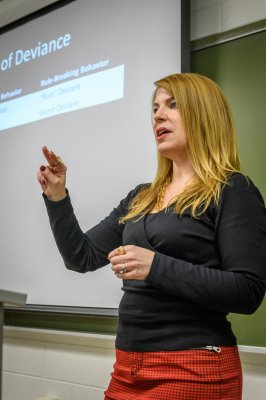 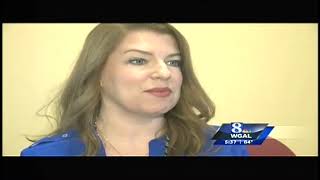 Dr. McCorkel’s research examines the social and political consequences of mass incarceration in the United States. Dr. McCorkel’s current research projects explore prison privatization, the impact of parental incarceration on children, and prisoner reentry. She is the author of a book about women's prisons, “Breaking Women: Gender, Race, and the New Politics of Imprisonment.” She can offer expert commentary on gender differences in criminal offending, sentencing and punishment; racial inequality in the criminal justice system; police use of force; prison-based education programs; violence in prison; prison overcrowding and solitary confinement. In addition, Dr. McCorkel teaches undergraduate sociology courses at a maximum security prison for men and has served as a consultant on parole and commutation petitions, and wrongful conviction and death penalty cases.

American Society of Criminology, Division of Women and Crime

Annual event hosted by the Villanova University Seniors Committee in Student Life and the Office of Development to celebrate the accomplishments of the Senior Class with a “last lecture” as Villanova students.

We talked to a professor at Villanova University about how her students were not only watching the trial closely, but watching the wait for the verdict even closer. …“Very early on the students are tasked with both understanding what constitutional law is as it governs police use of force when police encounter civilians, both legal and excessive force. I think it is on par with OJ and the Rodney King trial. It is something students will remember where they were when the verdict comes down.”

Police chief in Pa. placed on leave after one of his officers was charged in Capitol riot

The day after patrolman Joseph W. Fischer allegedly stood at “the front of the pack pushing against the police” during the Jan. 6 insurrection at the U.S. Capitol, he boasted to a contact that he had “no regrets,” despite his concerns that the FBI might arrest him. In a Facebook message, Fischer indicated he had already defended himself to his boss, the police chief in North Cornwall Township, Pa. “I told him I have no regrets,” Fischer wrote, according to a federal criminal complaint filed Friday. Fischer was eventually arrested on multiple federal charges and suspended without pay. Less expected was that the boss to whom Fischer allegedly defended himself is off the job as well.

At women's prison, a vision for success

But despite calls for such programs from prison reform advocates and politicians, job training for female inmates is still treated as an afterthought, said Jill McCorkel, a Villanova University sociology professor who studies issues facing incarcerated women.

At Graterford, lifers get degrees even if they'll never use them

The landscape changed dramatically when the Violent Crime Control and Law Enforcement Act of 1994 eliminated Pell Grants for prisoners. Most universities couldn't afford to continue their programs. But Villanova decided to underwrite the cost, becoming a "national model" for inmate education, said Jill McCorkel, a Villanova sociology professor who has taught in the program ...

Dr. Jill McCorkel from Villanova University appears on Monday's Smart Talk to discuss her book: Breaking Women: Gender, Race, and the New Politics of Imprisonment, in which she interviewed incarcerated women from east coast prisons, including some in Pennsylvania. The book examines the reasons behind the huge increase in the incarceration of American women during the past 25 years ...

Prison Tourism in the Age of Mass Incarceration

Banking on Rehab: Private Prison Vendors and the Reconfiguration of Mass Incarceration

Studies in Law, Politics, and Society

The Second Coming: Gender, Race, and the Privatization of Carceral Drug Treatment

’It Will Crush You Like a Bug’: Maternal Incarceration, Secondary Prisonization, and Children’s Visitation

The Gender of Criminal Opportunity: The Impact of Male Co-Offenders on Women’s Crime

Are you an African? The Politics of Self Construction in Status-Based Social Movements