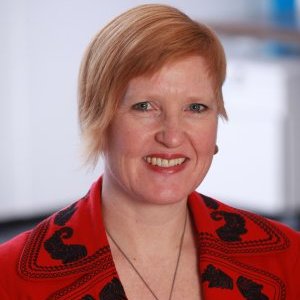 
Dr. Scott has worked as professor in the Department of Languages, Literatures and Cultures and as Vice-Provost (Teaching and Learning). 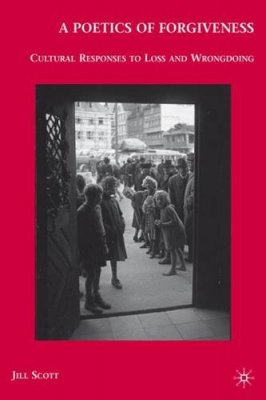 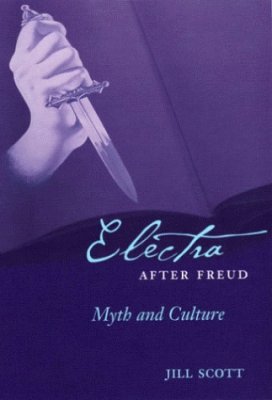 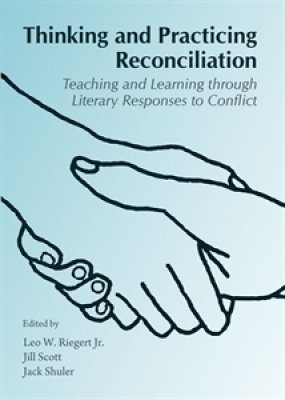 Jill Scott is the author of A Poetics of Forgiveness: Cultural Responses to Loss and Wrongdoing (New York: Palgrave, 2010) and Electra after Freud: Myth and Culture (Ithaca: Cornell University Press, 2005), and co-editor of Thinking and Practicing Reconciliation: Teaching and Learning Through Literary Responses to Conflict (Newcastle upon Tyne: Cambridge Scholars Press, 2013).

She is the Principal Investigator for a HEQCO-funded learning outcomes assessment study at Queen’s, and her current research projects encompass assessment of learning outcomes in higher education and Indigenous-settler relations in Canada. She is author of “Kaswentha: Haudenosaunee Peacebuilding Practices and the Future of Indigenous-Settler Relations in Canada" and other articles on nation-specific forms of reconciliation and redress.

Before Scott joined Queen’s in 2001, she held appointments at the University of Toronto, York University and Carleton University. At Queen’s, she has been teaching interdisciplinary courses in literature, law and Indigenous cultures, courses in German literature and language, and she is cross-appointed to the graduate program in Cultural Studies and the Department of Gender Studies.

Most recently, Jill Scott has been developing courses with innovative uses of social media, including “Conflict & Culture: Literature, Law & Human Rights,” an interdisciplinary humanities course, the aim of which is to foster the development of competencies in intercultural communication in a multi-disciplinary framework through the lens of inquiry learning. The courses is framed around the ICE learning model (Ideas, Connections, Extensions – see Susan Fostaty Young and Robert Wilson, Assessment and Learning: The ICE Approach 1995) as a learning tool, with Twitter as the main writing platform. Students write Tweets (140 character utterances) and MegaTweets (140 word compositions) to demonstrate their knowledge of the content and improve their written communication skills. Students build online learning communities outside the classroom and engage in small-group active learning during class time. By making students’ work visible and real-time real-world communication which engages multiple publics in the learning process, student engagement is increased and students are motivated to succeed.

“Queen’s proposed courses like everybody else, and ours were just more successful than other people’s,” Vice Provost (Teaching and Learning) Jill Scott said. This year, Queen’s submitted 56 proposals, 14 of which were for Arts and Science. Queen’s received funding for 28 of the proposed course developments, totaling 32 per cent of the provincial funding available. “The whole idea from the government’s perspective was to really kickstart online learning for the province,” Scott said.

“Employers want to know more than the fact you know your field; they want to know you’re going to show up at a meeting on time, have thought about the issue and bring questions to ask,” said Jill Scott, vice-provost of teaching and learning. “Measuring these kinds of skills is a game-changer. People may roll their eyes at standardized tests, but if we don’t have the data, we can’t have these conversations.”

“I feel many of our affirmative action projects have to tread lightly,” said Jill Scott, a Queen’s University professor in the Department of Languages, Literatures and Cultures. “In Canada, in particular, one of the things I think about is many Canadians identify as immigrants … There are many stories of survival, hardship, struggle that go with that. Turning all those people, all of a sudden, into settlers who’ve displaced indigenous peoples is tricky and quite often leads to acrimony.” As schools contemplate ways to address long-term redress and reconciliation, they have to “find some way for all of those stories about who we are to co-exist,” she said.

Jill Scott, vice-provost (teaching and learning) and chair of the Senate Committee on Academic Development (SCAD), says the historic importance of theology won’t be forgotten. “The University is really very much aware of the historic importance of this program. It is the foundation of our university, and so this decision was not taken lightly,” she said. She added that the University took their time while closing the program, which made it a “successful and smooth process”. “Even in the years leading up to 2012, they have made really, I would say, heroic efforts to find students.”

Deny or 'fess up: Which road did you choose?

Phone-in show with Queens University Prof. Jill Scott. She researches the social dynamics of forgiveness and what it takes to repair relationships.

The mayor's show of contrition seemed carefully crafted to "control the message" by "pushing all the emotional buttons," said Jill Scott, a professore at Queen's University who researches the social dynamics of conflict. "What we often find though with political apologies is that there is a naming of some sort of wrongdoing and then there are a variety of measures that are used to mitigate the responsibility — excuse, justification, explanation, some form of blaming others," she said.

Phone-in show with Queen's University professor Jill Scott on the subject of lying.

Jill Scott was captivated by foreign languages at a young age, when she heard her Grade 8 French teacher speak in French to another teacher. "I thought it was so exciting. It was magic – being able to open your mouth and sound different,” says Dr. Scott (Languages, Literatures and Cultures/Gender Studies). “To know that they understood each other, but I didn't understand them, was so cool. I wanted in."

Op-ed written in the wake of the mass shooting in Newtown.

The Procter & Gamble Fund Higher Education Grant Program has been established to provide support for efforts of regionally accredited U.S. colleges and universities that will better prepare students for success in business.

In a world where tragedy is too quickly followed by retaliation and revenge, Jill Scott is looking for a little forgiveness. The Queen’s University professor of German studies and winner of the 2005 SSHRC Aurora Prize is analyzing 20th and 21st century literature, film and photography to explore whether forgiveness still exists in a post-9/11 society obsessed with loss and wrongdoing. “We hear a lot about memorials, monuments and mourning these days,” says Scott. “But, I want to know whether forgiveness has a place in all this. Looking at how forgiveness is dealt with in fiction and poetry gives us a unique insight into how we—as a society—may be able to move beyond the current cycle of suffering and revenge.” While still just beginning her career, Scott’s research is at the cutting edge of the humanities. By combining fields such as comparative literature and German studies with feminist theory, history and psychology, she unearths original ideas and timely topics that are just as relevant to popular audiences as they are to the academic community. Her latest book, Electra after Freud: Myth and Culture, published by Cornell University Press, investigates the psychological connection between the re-emergence of the violent Greek myth of Electra in modern poetry, drama and literature, and the appalling violence witnessed during the Holocaust and other atrocities of the past century. Scott’s innovative research is quickly making her a sought-after speaker and guest lecturer, and her current work on forgiveness is sure to make an impact far beyond the halls of academia.

Please use the other door: Opening Kafka’s The Trial

2013 I love this joke because it hinges on a simple double entendre. Maintaining this double vision is precisely how to get the most out of Kafka's works.

Mobilizing Knowledge: Re-visioning Research Dissemination, or Don’t Yell at the TV – Be on TV

Seminar: A Journal of Germanic Studies

2013 Mobilizing Knowledge: Re-visioning Research Dissemination, or Don’t Yell at the TV – Be on TV