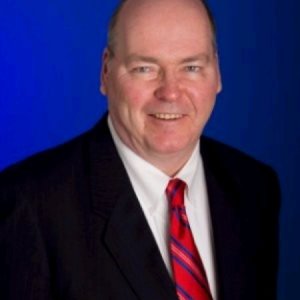 Behind the scenes and before kickoff – are you covering what it takes to pull off the biggest sporting event in America?

Jim Riordan initiated the MBA Sport Management program at Florida Atlantic University on July 1, 2000. Prior to coming to South Florida, Riordan was director of the Masters of Science in Sport Administration program at Canisius College in Buffalo, N.Y. During his five-year tenure in western New York, Riordan placed more than 80 percent of more than 60 graduates in full-time positions in the sports and entertainment industry. Riordan’s seven-year placement record at FAU is close to 90 percent. The Miami Dolphins, Miami Heat, University of Miami, Florida Panthers, Radford University, Boston Bruins, Global-Spectrum, Jacksonville University, Florida Marlins, USOC, Toronto Maple Leafs, the LPGA, Conference-USA South Florida PGA, the ACC, and Iowa State University are some of the organizations that have hired FAU MBASport students under his watch. Riordan served as director of training and quality control for the New York Mets, as well as assisting in the management of Shea Stadium. Between 1980 and 1983, Riordan served as an assistant director of stadium operations for the West Side Tennis Club (Forest Hills, N.Y.) and the National Tennis Center (Flushing Meadow, N.Y.) the former and current home of the U.S. Open Tennis Championships. In August 1983, he was named director of security and event services for what is now known as the Wachovia Spectrum (Philadelphia). At 22, Riordan became the youngest individual in a major market to hold such a position.

In addition to his Spectrum duties, Riordan served as director of security for the Philadelphia Flyers of the NHL and assisted in the planning and implementation of crowd management operations for major outdoor concerts that included the Grateful Dead, Bruce Springsteen, Beach Boys, and the Live Aid benefit concert held in 1985. Other major events that he has performed similar duties for include the 1987 Stanley Cup Finals, official visits to Philadelphia by Hillary Clinton and Nelson Mandela; to Richmond (VA) by Margaret Thatcher, to New York City by Pope John Paul II. Riordan worked for Spectacor Management Group (SMG) between 1989 and 1994. Riordan served as manager of event services at Long Island’s Nassau Coliseum, as director of operations for the Richmond (VA) Coliseum and Mosque Theater, and as director of operations for the Philadelphia Civic Center.

Coronavirus Florida: How will mass-scale tourism fare when the economy reopens?

“People will have to understand it’s for their own protection,” said James Riordan, director of the MBA in Sport Management program at Florida Atlantic University and a longtime leader in public facilities management.

Minor League Baseball could go down swinging due to COVID-19

“There’s a lot of anxiety right now among the minor leagues, people not knowing if their club is gonna be around next year," said Dr. Jim Riordan, director of the Florida Atlantic University MBA Sports Management Program.

Fans and fanfare: What team dancers, mascots and dunk teams are doing to live sports

That’s according to Jim Riordan, an associate clinical professor and director of the MBA and sport management program at Florida Atlantic University. Sure, he admitted, there was a time when all that mattered was the game. “They would throw open the doors, and people would come flying in,” he said. And when the game ended, they’d flow back out as though through a cracked dam.

Florida Atlantic University's College of Business MBA in Sport Management program is among the best in the world and first in Florida, according to the latest rankings from SportBusiness International.

Florida Atlantic University’s College of Business MBA in Sport Management program is among the best in the world and first in Florida, according to the latest rankings from SportBusiness International.