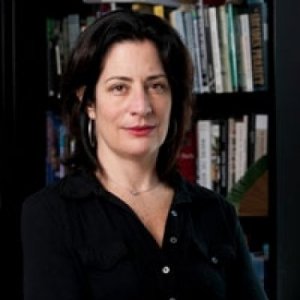 
Joan Saab is a Professor of Art History 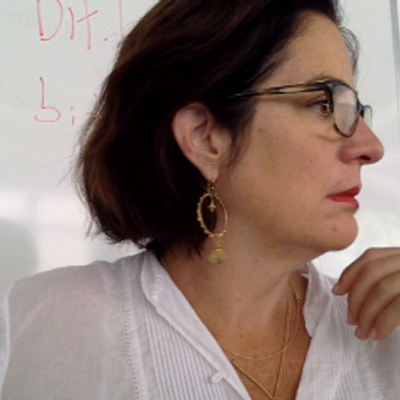 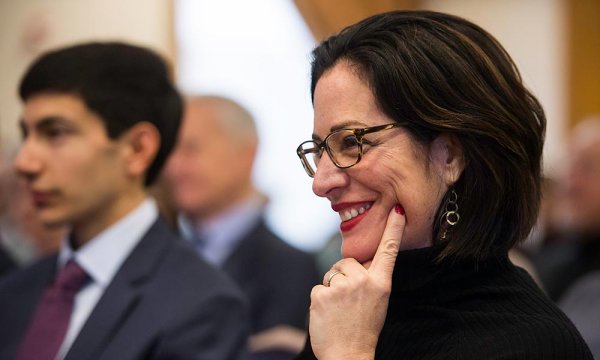 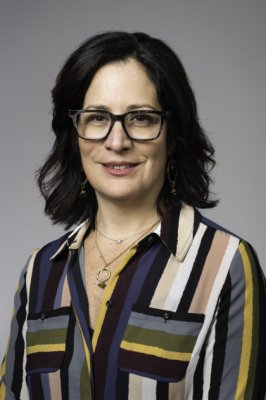 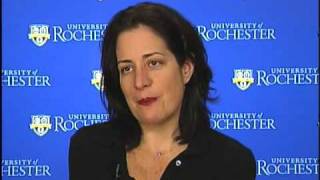 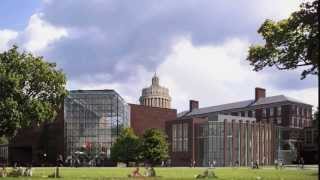 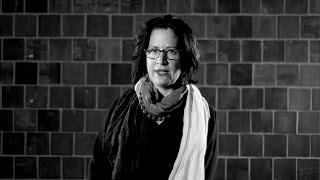 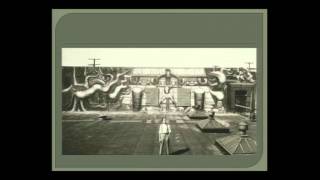 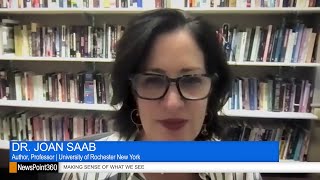 Joan Saab's first book, For the Millions: American Art and Culture Between the Wars (2004) was the inaugural volume in the Arts and Intellectual Life in Modern America series published by the University of Pennsylvania Press. She has written articles on Oprah's Book Club and the gendering of public taste, nostalgia and the New Urbanism, and motherhood and anti-feminism in the popular media.

She is currently at working on a digital humanities project that features an interactive 3D model of Rochester's old railroad station, designed by noted architect Claude Bragdon.

After a metal monolith appeared in Utah's Red Rock desert, the world went wild with speculations about extraterrestrial origins and supernatural makers. Then, more and more began to appear around the world - now the metal monoliths, and theories about them, have taken on a life of their own. What they are and where they came from is one thing - another, possibly more important, this is why we are so enthralled with them - particularly now, in the middle of a global crisis. Dr. Joan Saab, Professor of Art History and Visual and Cultural Studies at the University of Rochester, New York and author of "Objects of Vision: Making Sense of What We See," speaks to NewsPoint360 about similar seemingly supernatural events such as the Cardiff Giant, why we jump to the supernatural to explain them, and the connection between these sorts of phenomena and times of stress, uncertainty, and crisis.

More than 40 years after Norman Rockwell’s death in 1978, art historians and critics are still trying to decide whether the artist and illustrator’s legacy amounts to more than just a lot of synthetic pop patriotism. “Lana Del Rey and her listeners get the reference,” says Joan Saab, the Susan B. Anthony Professor and associate professor of art and art history and visual and cultural studies, and vice provost for academic affairs, about Del Rey’s new album, Norman F—ing Rockwell. “To critique him properly, you have to know who he is.”

What’s the problem with civility?

If you look at social media, or just simply read, watch, or listen to the news, it’s easy to get the sense that America is more polarized than ever. Is it just politics, or is there a broader issue to consider? In one recent and recognizable example, when students from Covington, Kentucky—many of whom were wearing Make America Great Again hats—were recorded in what looked to many like a standoff confrontation with a Native American elder, the video went viral. When new video of the moments leading up to the incident emerged, many argued the additional footage offered context that complicated the original story, and both social and mainstream media were rebuked for what seemed to be a rush to judgement.

Taking a ‘look’ at historical hoaxes

“I saw it with my own eyes.” It’s an often expressed guarantor of truth. But Joan Saab, an associate professor of art history and visual and cultural studies, suggests that assumptions about seeing and truth require a little more scrutiny.

Not even nostalgia could save Kodak

"It made photography commonplace, from the Brownie (camera) through its many variations," says Joan Saab, who teaches visual and cultural studies at the University of Rochester. The "democratization" of photography even helped turn the form into art, as experts sought to bracket off the snapshots of everyday amateurs from the aspiring work of aficionados, she adds.

A new era for The National Enquirer?

But the Enquirer's reputation is as a scandal sheet that revels in humanity's foibles. Never mind that such publications have been a mainstay of journalism for more than a century, says Joan Saab, a cultural studies professor at the University of Rochester. Indeed, the new respect for the Enquirer is another sign that, in the Internet age, the old divisions between "serious" news and tabloid-style coverage have broken down, Saab says. Levine, the Enquirer's executive editor, worked for mainstream outlets, including The Associated Press, before moving towards tabloid journalism. "Even most [mainstream news organization] Internet homepages will have all the gossip," Saab says. "It makes us wonder about the validity of categorization."

Video games and shooting: Is the NRA right?

oan Saab, director of the visual and cultural studies program at the University of Rochester in New York, says the gaming industry should share in the blame for promoting military weaponry to young people, but adds that the popularity of such games reflect the “larger culture we live in, which is heavily militarized,” in the midst of lengthy combat operations in Iraq and Afghanistan.

The cultural impulse to view children as a reflection of their parent's success is even stronger today than it was when the film appeared in 1989, says Joan Saab, director of visual and cultural studies at the University of Rochester. “There’s this feeling that your kids are going to succeed and if they don’t, it’s a blot on you,’’ said Saab.

When kids become tickets to fame

Using children as a catalyst for greater exposure is a shift from earlier this decade when celebrity parents were seen as standard-bearers of good citizenship and used to promote products and provide an example of how best to parent. An example: If Angelina Jolie put her kids in a certain stroller, it meant that stroller was good for humankind, which meant the stroller sold out everywhere. Which is a far cry from the egregious deceptions of the Balloon Boy parents or the public wrangling of Jon and Kate Gosselin. "What's happened now is [celebrity parenting has] moved to spectacle and the ante has been upped," says Joan Saab, director of visual and cultural studies at the University of Rochester, N.Y. Ms. Saab says the same dynamic can be seen in today's political marketing. In past political families, first family children, such as Chelsea Clinton or the Bush twins, were not seen much on the political stage. That is very different from the last presidential election cycle, when stages were routinely filled with Obama, Palin, McCain, and Biden children and grandchildren.

2015 This article looks at the Homelands Exhibition in Rochester, New York which took place in the spring of 1920. Placing the craft objects on display, as well as their makers and their creative labor, into a larger constellation of local and national history, I focus on how the material culture of the show acted simultaneously as a stand-in and an extensions of their makers, to trouble the boundaries between author and reader, art and work, producer and spectator, the quotidian and the exceptional, and ultimately to question what it meant to be American at this particular moment in time.

2011 In a 1931 photograph entitled "Meeting in Taxco during Siqueiros's house arrest," the Mexican artist David Alfaro Siqueiros sits between the American architect and silver impresario William Spratling and the Russian avant-garde filmmaker Sergei Eisenstein; the Mexican filmmaker Chano Ureta is seated next to Eisenstein [Figure 1]. As the title suggests, at the time of the photo Siqueiros had been recently exiled to Taxco, a small mining town approximately one hundred miles southwest of Mexico City, after spending eight months in a Mexico City prison for "subversive activities." In Taxco, the artist lived in an abandoned church high above the city which also housed his workshop as well as a gallery, an art school for children, and a meeting place for the newly emerging artistic and intellectual community which recently began traveling to Taxco to buy the silver produced in Spratling's workshop.

2001 After receiving the award for best director at the 1997 Academy Awards for his work on Titanic, James Cameron raised his Oscar into the air and announced, "I'm the King of the World." It was an embarrassing moment for many of us in the TV audience. Cameron's pronouncement, a line borrowed from Jack Dawson, Titanic's romantic male lead played in the film by Leonardo Di Caprio, seemed inappropriate for a number of different reasons. It may be okay for a young boy from steerage, who had won his ticket on the ship of dreams in a game of cards just moments before the ship left port, to utter these words as the wind ruffles his blonde hair as he heads towards the new world. Cameron, though, in his designer tuxedo, collecting the tenth Oscar of the night for his film, seemed megalomanical, to say the least. He added to the embarrassment moments later when he received the film's award for best picture. After a staged maudlin moment of silence for [End Page 710] those who perished when the great ship went down, he once again raised Oscar into the air and encouraged the audience to "party 'til dawn."