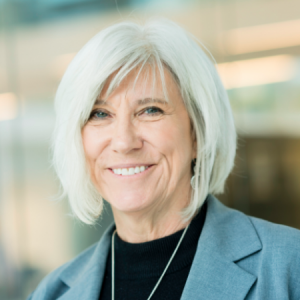 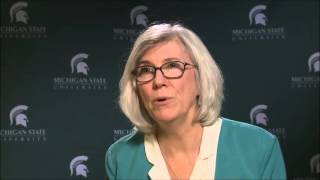 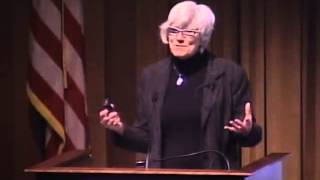 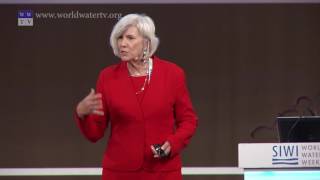 Joan B. Rose holds the Homer Nowlin Chair in Water Research at Michigan State University in the Depts of Fisheries & Wildlife and Plant, Soil and Microbiological Science. and currently leads of the Global Water Pathogens Project in partnership with UNESCO www.waterpathogens.org; http://www.rose.canr.msu.edu/.

She is the winner of the 2016 Stockholm Water Prize. She is a member of the National Academy of Engineering and a Fellow of the American Academy of Microbiology. Dr. Rose served as the Chair of the Health Related Water Microbiology Specialist Group for the IWA from 2003 to 2010. Elected as a Fellow to the International Water Association, 2010 and as Distinguished Fellow in 2014. Dr. Rose has served on the Strategic Council for the IWA from 2011-2015 and is Vice Chair of the US National Committee for the IWA. She received the first International Water Association Hei-jin Woo Award for Achievements of Women in the Water Profession, 2008. She has served on the Board for the IWA from 2016.

Dr. Rose earned her B.Sc. and Ph.D. in microbiology from the University of Arizona, Tucson and is an international expert in water microbiology, water quality and public health safety. She has published more than 300 manuscripts. Her work addresses the use of new molecular tools for surveying and mapping water pollution for recreational and drinking water, irrigation water, coastal and ballast waters ; assessment of innovative water treatment technology for the developed and developing world; and use of quantitative microbial risk assessment. She is the 2001 recipient of the Clarke Water Prize and recently been awarded Honorary Citizenship in Singapore for her contributions to water quality, water education and Singapore’s water security 4-taps program.

Cryptosporidium and Giardia Testing in Water

Appointed by the National Academies Board on Environmental Studies and Toxicology

Testing The Waters: MSU Searches For COVID Beneath The Campus

Researchers believe the virus becomes inactive in a person's intestinal tract even before it gets to the water. Water microbiologist Dr. Joan Rose, whose work during the Flint Water Crisis helped area hospitals track cases of Legionnaire’s disease, says wastewater samples can be traced through the pipe system back to individual buildings. “If we can find out where the manhole is and where that pipe is, we can actually sample wastewater coming from a very specific location.” The wastewater business plays a big role in the public health infrastructure. Rose says she’s seeing the industry stepping forward to help solve the coronavirus crisis. She says the partnership between wastewater and public health labs is a global effort that requires a lot of coordination. “We’re going to share methods, we’re going to share results…we’re going to do everything we can to decrease the spread of this particular virus,” Rose says.

Michigan State University researcher Joan Rose has been named an honorary citizen of Singapore for her significant contributions in developing a safe and sustainable water system in the island nation...

2019 Diarrhoea caused by waterborne pathogens still has a large burden of disease. We introduce a modelling and scenario analysis framework that enables better understanding of sources of and possible future changes in the disease burden due to environmental change and management implementation. The state-of-the-art research that can contribute to the development of the framework at the large scale is analysed, together with research gaps and opportunities for future research. Priorities have been identified and these include implementation of Quantitative Microbial Risk Assessment and application of the models in scenario analyses. The credibility of the model outputs should be central in the analysis, for example by developing stochastic models. Implementation of the framework contributes towards achieving the Sustainable Development Goals.

2018 The effects of manure application in agriculture on surface water quality has become a local to global problem because of the adverse consequences on public health and food security. This study evaluated (i) the spatial distribution of bovine (cow) and porcine (pig) genetic fecal markers, (ii) how hydrologic factors influenced these genetic markers, and (iii) their variations as a function of land use, nutrients, and other physiochemical factors. We collected 189 samples from 63 watersheds in Michigan’s Lower Peninsula during baseflow, spring melt, and summer rain conditions. For each sample, we quantified the concentrations of bovine and porcine genetic markers by digital droplet polymerase chain reaction and measured Escherichia coli, dissolved oxygen, pH, temperature, total phosphorus, total nitrogen, nitrate-nitrite (NOX), ammonia (NH3), soluble reactive phosphorus, streamflow, and watershed specific precipitation. Bovine and porcine manure markers were ubiquitous in rivers that drain agricultural and natural fields across the study region. This study provides baseline conditions on the state of watershed impairment, which can be used to develop best management practices that could improve water quality. Similar studies should be performed with higher spatial sampling density to elucidate detailed factors that influence the transport of manure constituents.

Postharvest reduction of coliphage MS2 from romaine lettuce during simulated commercial processing with and without a chlorine-based sanitizer.

2017 Viral foodborne outbreaks are a serious threat to public health, and fresh produce is becoming increasingly recognized as a transmission vehicle. To limit foodborne disease, ready-to-eat leafy greens are typically washed with a chlorine-based sanitizer during commercial production. This study assessed the efficacy of a chlorine-based sanitizer against coliphage MS2, as a potential surrogate for foodborne viruses, on fresh-cut romaine lettuce during simulated commercial production using a small-scale processing line. Before processing, romaine lettuce was inoculated to contain approximately 105 and 106 PFU/g of MS2 for experiments with and without sanitizer, respectively. Lettuce samples were collected following each stage of processing, which included mechanical shredding, 2 min of flume washing (with or without 25 ppm of free chlorine), shaker table dewatering, and centrifugal drying. In addition, the spent centrifuge water and flume wash water were collected, with the flume water concentrated using hollow-fiber ultrafiltration. MS2 was recovered from lettuce in Tris-glycine buffer and quantified as PFUs in a double-agar overlay assay. The greatest reduction in MS2 occurred between shredding and flume washing, with levels remaining relatively stable following flume washing with or without 25 ppm of free chlorine. Average total reductions of 0.8 and 1.0 log PFU/g were seen after processing with and without the sanitizer, respectively, with no statistical difference observed between the two treatments (P > 0.05). The average MS2 level in the spent centrifugation water started at 4.0 log PFU/ml for experiments with sanitizer and the average MS2 reduction in the flume wash water was 4 log (PFU) for experiments with sanitizer, demonstrating that removals could be achieved in the water itself. These findings suggest that the currently recommended commercial production practices are unable to effectively decrease viruses once they have attached to leafy greens during commercial processing.

Persistence analysis of poliovirus on three different types of fomites

2017 The goal of this study was to explore various models for describing viral persistence (infectivity) on fomites and identify the best fit models.

Journal of Water and Health

2016 Many different household water treatment (HWT) methods have been researched and promoted to mitigate the serious burden of diarrheal disease in developing countries. However, HWT methods using bromine have not been extensively evaluated. Two gravity-fed HWT devices (AquaSure™ and Waterbird™) were used to test the antimicrobial effectiveness of HaloPure® Br beads (monobrominated hydantoinylated polystyrene) that deliver bromine. As water flows over the beads, reactive bromine species are eluted, which inactivate microorganisms. To assess log10 reduction values (LRVs) for Vibrio cholerae, Salmonella enterica Typhimurium, bacteriophage MS2, human adenovirus 2 (HAdV2), and murine norovirus (MN), these organisms were added to potable water and sewage-contaminated water. These organisms were quantified before and after water treatment by the HWT devices. On average, 6 LRVs against Vibrio were attained, as well as 5 LRVs against Salmonella, 4 LRVs against MS2, 5 LRVs against HAdV2, and 3 LRVs against MN. Disinfection was similar regardless of whether sewage was present. Polymer beads delivering bromine to drinking water are a potentially effective and useful component of HWT methods in developing countries.

Sanitation and disease—updates are overdue

2016 Nations around the globe are now moving from the Millennium Development Goals (MDGs) to the Sustainable Development Goals.1 Although the MDG for access to improved drinking water sources has been met, progress towards achieving adequate sanitation has been dismal. In developing regions of the world, on average 85% of the discharged sewage is untreated.2 Recently, the first global map of viral pathogen-laden sewage discharges to surface waters was produced.3 Total global emissions for rotavirus (a cause of childhood diarrhoea) was estimated at 2 × 1018 viral particles per year, of which 87% is produced by the urban population.

Rating impacts in a multi‐stressor world: a quantitative assessment of 50 stressors affecting the Great Lakes

2015 Ecosystems often experience multiple environmental stressors simultaneously that can differ widely in their pathways and strengths of impact. Differences in the relative impact of environmental stressors can guide restoration and management prioritization, but few studies have empirically assessed a comprehensive suite of stressors acting on a given ecosystem. To fill this gap in the Laurentian Great Lakes, where considerable restoration investments are currently underway, we used expert elicitation via a detailed online survey to develop ratings of the relative impacts of 50 potential stressors. Highlighting the multiplicity of stressors in this system, experts assessed all 50 stressors as having some impact on ecosystem condition, but ratings differed greatly among stressors. Individual stressors related to invasive and nuisance species (e.g., dreissenid mussels and ballast invasion risk) and climate change were assessed as having the greatest potential impacts. These results mark a shift away from the longstanding emphasis on nonpoint phosphorus and persistent bioaccumulative toxic substances in the Great Lakes. Differences in impact ratings among lakes and ecosystem zones were weak, and experts exhibited surprisingly high levels of agreement on the relative impacts of most stressors. Our results provide a basin-wide, quantitative summary of expert opinion on the present-day influence of all major Great Lakes stressors. The resulting ratings can facilitate prioritizing stressors to achieve management objectives in a given location, as well as providing a baseline for future stressor impact assessments in the Great Lakes and elsewhere.