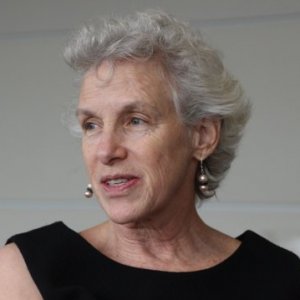 Distinguished Professor of Law, UC Hastings Foundation Chair and Director of the Center for WorkLife Law | UC Hastings College of the Law

Described as having "something approaching rock star status” in her field by The New York Times Magazine, Joan C. Williams has played a central role in reshaping the conversation about work, gender, and class over the past quarter century. Williams is a Distinguished Professor of Law, Hastings Foundation Chair, and Founding Director of the Center for WorkLife Law at the University of California, Hastings College of the Law. Williams’ path-breaking work helped create the field of work-family studies and modern workplace flexibility policies.

Williams’ 2014 book What Works for Women at Work (co-written with daughter Rachel Dempsey) was praised by The New York Times Book Review: “Deftly combining sociological research with a more casual narrative style, What Works for Women at Work offers unabashedly straightforward advice in a how-to primer for ambitious women.” Following its success, Sheryl Sandberg and LeanIn.org asked Joan to create short videos sharing the strategies discussed in the book. The videos have been downloaded over 975,000 times and are featured by Virgin Airlines as in-flight entertainment, seen literally around the world. Most recently, Williams co-authored a workbook companion to What Works for Women at Work, available now from NYU Press.

Williams founded Gender Bias Bingo, a web-based project aimed at providing information and tools on gender bias to professors. Williams has explored the parallels and differences between gender and racial bias in two reports. The first, “Double Jeopardy? Gender Bias Against Women in Science” has been shared over 40,000 times in the media, and the second, “Climate Control? Gender and Racial Bias in Engineering” was co-authored by the Society for Women Engineers and surveyed over 3,000 engineers.

Williams is one of the 10 most cited scholars in her field. She has authored 11 books, over 90 academic articles, and her work has been covered in publications from Oprah Magazine to The Atlantic. Her awards include the Families and Work Institute’s Work Life Legacy Award (2014), the American Bar Foundation’s Outstanding Scholar Award (2012), and the ABA’s Margaret Brent Women Award for Lawyers of Achievement (2006). In 2008, she gave the Massey Lectures in the History of American Civilization at Harvard. Her Harvard Business Review article, “What So Many People Don’t Get About the U.S. Working Class” has been read over 3.7 million times and is now the most read article in HBR’s 90-plus year history. 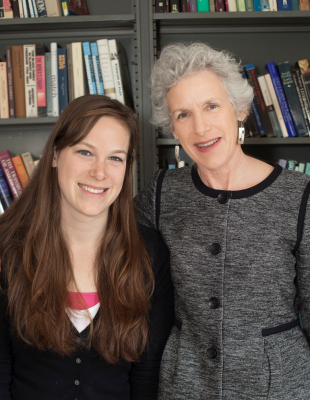 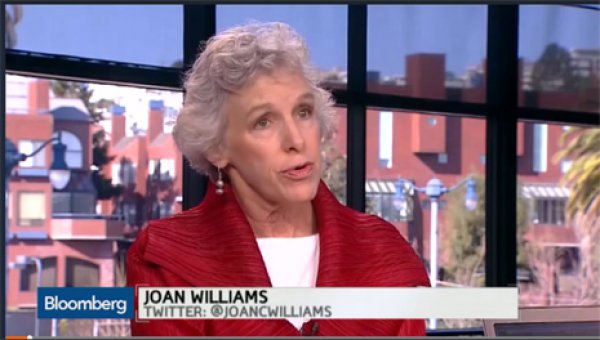 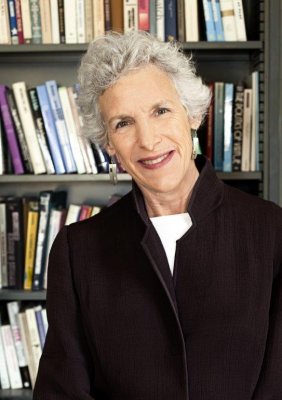 Gender and Sexuality in the Law

Awarded by the Families and Work Institute.

Awarded by The University of California at Hastings.

Awarded by the American Bar Foundation.

ery few organizations have “a standard operating procedure” for employees taking parental time off, says Joan C. Williams, founding director of the Center for WorkLife Law at the University of California’s Hastings College of the Law. All too often they “Band-Aid together a solution every time someone needs to go on leave” letting the burden fall on the parent-to-be...

How to Make Your Company Less Sexist and Racist

“There are all kinds of really well-meaning people in corporate America who are sincerely distressed that they have spent many millions of dollars trying to retain and advance women and minorities and it ain’t working. They are baffled about what to do,” says Joan C. Williams, a law professor at the University of California, Hastings...

The 5 Biases Pushing Women Out of STEM

By now, we’ve all heard about the low numbers of American women in science, technology, engineering, and math (STEM). Some argue it’s a pipeline issue – that if we can interest more young girls in STEM subjects, the issue will resolve itself over time. But that’s not convincing. After all, the percentage of women in computer science has actually decreased since 1991...

Win or Lose, Discrimination Suit Has an Effect on Silicon Valley

"She's not the most likable person in the world, but the kinds of evidence she's alleged does track some of these long-documented patterns of both subtle stereotyping and blatant boys club activity," said Joan C. Williams, a professor at UC Hastings College of the Law...

The Throwback Sexism of Kleiner Perkins

The high-profile gender discrimination lawsuit by Ellen Pao against the venture capital firm Kleiner Perkins is being discussed as if it’s emblematic of gender bias in tech. And in some ways, it is. Pao’s attorney has argued that women were held to different standards from men. And that women were asked to do the “office housework”—such as being asked to take notes at a meeting, when taking notes precluded them from meaningful participation...

What Works for Women at Work: How to Spit Subtle Bias, and How to Eliminate It

Work-Family Conflict and What To Do About It

Want a Great Work/Life Balance? Go for It: Individual and Institutional Solutions

For decades, lawyers have been complaining that they hate working at law firms, and clients have expressed increasing frustration with high legal fees. But complaining is as far as either group went, until recently. This is the first attempt at a comprehensive review of a wide variety of new business organizations that have arisen in recent years to remedy the market’s failure to deliver business organizations responsive to the complaints of either lawyers or of clients. The “New Models of Legal Practice” described here typically offer a new value proposition for lawyers and clients. For lawyers, New Models offer better work-life balance and more control over other aspects of their work lives — in exchange for which lawyers typically (though not invariably) shoulder more risk, giving up a guaranteed salary, to be paid instead only for the hours they work. For clients, New Models typically drive down legal fees by sharply diminishing overhead through elimination of expensive real estate and the high cost of training new lawyers, and (again) dispensing with guaranteed salaries.

The End of Men?: Gender Flux in the Face of Precarious Masculinity

This commentary on Hanna Rosin's book "The End of Men: And the Rise of Women" suggests that the real story in America today is not about the end of men but about class differences among men.

Work-family reconciliation is an integral part of labor law as the result of two major demographic changes: the rise of the two-earner family, and the pressing concern of elder care as Baby Boomers age. Despite these changes, most European and American workplaces still assume that the committed worker has a family life secured so that family responsibilities do not distract from work obligations. This way of organizing employment around a breadwinner husband and a caregiver housewife, which arose in the late eighteenth century, is severely outdated today. The result is workplace-workforce mismatch: Many employers still have workplaces perfectly designed for the workforce of 1960. Labour lawyers in Europe and the United States have developed different legal strategies to reduce the work-family conflicts that arise from this mismatch. The Europeans' focus is on public policy, based on a European political tradition of communal social supports -- a tradition the United States lacks. Advocates in the United States, faced with the most family-hostile public policy in the developed world, have developed legal remedies based on the American political tradition of individualism, using anti-discrimination law to eliminate employment discrimination against mothers and other adults with caregiving responsibilities. This article explores both the social science documenting that motherhood is the strongest trigger for gender bias in the workplace and the American cases addressing "family responsibilities discrimination."

The Evolution of 'FReD': Family Responsibilities Discrimination and Developments in the Law of Stereotyping and Implicit Bias

This Article integrates a discussion of current family responsibilities discrimination ("FRD") case law with a discussion of the single most important recent development in the field: the U.S. Equal Employment Opportunity Commission’s ("EEOC") 2007 issuance of Enforcement Guidance on caregiver discrimination. The Guidance concretely informs the public about what constitutes unlawful discrimination against caregivers under Title VII and the Americans with Disabilities Act. Specifically, the Guidance crystallizes two key holdings from case law in regard to Title VII disparate treatment claims brought by caregivers: (1) where plaintiffs have evidence of gender stereotyping, they can make out a prima facie case of Title VII sex discrimination even without specific comparator evidence; and (2) settled case law on "unconscious" bias applies to caregivers, too, so that even "unconscious" or "reflexive" bias against caregivers can amount to actionable discrimination. The goal of this Article is to highlight these important developments for legal academics and employment attorneys — both because of the growing importance of FRD itself and because of the potential impact the EEOC’s recent statement of the law in the context of caregiver discrimination may have for race and other types of discrimination cases under Title VII. Given the growing understanding of the role of stereotyping in everyday life, the role of stereotyping evidence pioneered in FRD cases stands to have significant implications for employment discrimination law in general.

Caregivers in the Courtroom: The Growing Trend of Family Responsibilities Discrimination