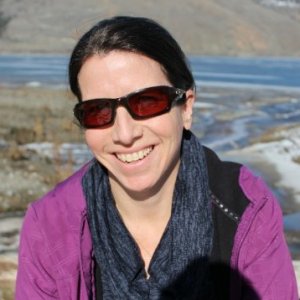 I am an archaeologist and anthropologist with a commercial practice built on supporting First Nations communities and organizations reclaiming control over cultural heritage and territorial governance.

My parallel areas of expertise are 1) heritage practice, policy and legislation in British Columbia, including provincial processes and community-based Indigenous heritage stewardship, 2) the archaeology of precontact British Columbia, with a focus on stability and change in land use over time, and 3) rights-based engagement of Indigenous groups in the governance of heritage.

I have 20 years of cultural resource management experience in BC, Alberta and Alaska, in forestry, mining, energy, transportation, agriculture, infrastructure, residential development, recreation and tourism sectors.

I am also a program developer and advisor for Simon Fraser University's professional MA program in Heritage Resource Management, and am appointed to the Kamloops Heritage Commission to advise city council on heritage policy and management.

I'm an active communicator of archaeology to the public, working with local museums, schools, community groups and media.

Rewriting the truth into B.C's stop of interest signs

"To the victor goes the signs." That's the heading on one of Joanne Hammond's rewritten "Stop of Interest" signs. The B.C. government is running a campaign to refurbish, and add to, its collection of signs that mark points of history along the province's highways. But Hammond, an archeologist, says it needs to go further: she says many of the signs need rewriting, to acknowledge Indigenous history.

A Kamloops archaeologist is making the case that many of B.C.’s historical “stop of interest” plaques, which in most cases extol the achievements of European settlers, need a total rewrite. “There are so many that don’t explicitly say anything racist, but the implication is that all the land was here for the taking and it’s only ever been prosperity and good times since then,” said Joanne Hammond. The plaques are the responsibility of B.C.’s Ministry of Transportation and can be found at points of historical interest throughout the province. Hammond, who works primarily with First Nations communities but is not herself Indigenous, has given it a stab herself. Using Photoshop, she turned the plaque “Fur, Gold and Cattle” into “Salmon, Copper and Elk,” with a short narrative describing the economy of the Secwepemc and how the arrival of Europeans negatively affected Indigenous people.

Overlooking an excavated area in Juniper Ridge, Joanne Hammond ponders stories untold. “If there was an [archeological] site down there first, that’s gone now,” she told KTW. “There’s no piece of history left there.” Looking across the river at Tk’emlups Indian Band reserve land, the archeologist points to more than 50 sites legally protected in a provincial database under the Heritage Conservation Act. She said those sites are recorded because First Nations have been proactive — not necessarily the case for remnants of history potentially scattered throughout the rest of the city.

Kamloops archaeologist wants developers to call before they dig

A local archaeologist says we're not doing enough to recognize and protect indigenous heritage in the Kamloops area. She says too many historical sites are being bulldozed for development. Joanne Hammond says there are hundreds of historic sites in Kamloops that are protected by law and she wants them fully investigated before new construction bulldozes them over.

Uncovering an ancient settlement in Savona

Archaeological work is expected to soon finish on a construction project in Savona that yielded objects in the range of 2,000 years old. The archeological material, including a knife, tools and animal bones are evidence Secwepemc people used the area on Kamloops Lake as an occasional settlement, said archaeologist Joanne Hammond, who oversaw the project. It is the only recorded archaeological site at the east end of Savona.