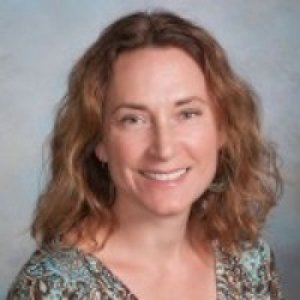 Professor of Earth and Environmental Sciences | University of Mary Washington


Professor Hayob has expertise in petrology, minerology and geochemistry. 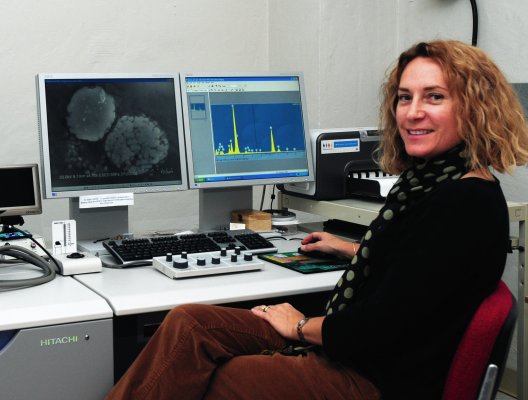 Jodie L. Hayob, Professor of Geology, earned a Ph.D. (1994) and an M.S. (1989) in geology from the University of Michigan, Ann Arbor, after having earned a B.S. (1987) in geology from the University of Wisconsin-Madison. With expertise in petrology, mineralogy and geochemistry, she has had her work published in various journals including American Mineralogist, Contributions to Mineralogy and Petrology, and Nature. Dr. Hayob also has given numerous presentations at international meetings of the American Geophysical Union and the Geological Society of America. Among her honors are Undergraduate Research Awards at the University of Mary Washington, a Faculty Development Grant at UMW, a Geological Society of America Research Grant and a National Science Foundation Fellowship.

Dr. Hayob is currently a collaborator on a National Science Foundation STEP grant (Science, Technology, Engineering, and Mathematics Talent Expansion Program) of more than $444,000 aimed at increasing the number and diversity of STEM graduates at UMW. Dr. Hayob also was one of several principal investigators who was awarded a National Science Foundation grant of $247,241 to acquire a variable-pressure scanning electron microscope (SEM) and energy dispersive system at Mary Washington. The SEM, installed during the spring of 2005, is used for research and courses in several disciplines including geology, biology, physics and chemistry.

She was invited to serve as associate editor of the metamorphic rocks and petrography working group for a Science Education Resource workshop titled “Teaching Mineralogy, Petrology and Geochemistry in the 21st Century” sponsored by the National Association of Geoscience Teachers. She was associate chair of the Geology Development Team: Virginia Urban Corridor Teacher Preparation Collaborative, and is a member of the Geological Society of America and Phi Beta Kappa.

Awarded by the Geological Society of America

Awarded by the University of Mary Washington

Awarded by the University of Mary Washington

Professor of geology Jodi Hayob [sic] said the school must learn from those past mistakes and do thorough background checks. “It is essential for the next president to have an academic background,” she said, “to know what it is like in the classroom.”...

Clay minerology of estaurine cores collected from the tidal reaches of the Rappahannock River, tributary to Chesapeake Bay

2012 ABSTRACT: Clay flocculation and mud deposition is an important process that marks the transition from the proximal to central estuary. Recent studies of the physical and biological characteristics of cores collected from the tidal reaches of the Rappahannock River indicate a late 20th century freshening and deterioration of the salinity gradient in the Northern Neck region of Virginia. Our primary objective of this study is to evaluate whether or not the clay flocculation and the clay mineralogy was impacted by this apparent freshening in sediment cores collected at the fresh-saltwater transition zone...

Textural and compositional evidence for the evolution of pedogenic calcite and dolomite in a weathering profile on the Kohala Peninsula, Hawai’i

2008 ABSTRACT: Pedogenic dolomite and high magnesium calcite (HMC) occur as micritic matrix and void filling microspar in soils developed on semi-arid 350 Ka basalt surfaces on Hawai’i Island. The void filling carbonate presents an unusual appearance of alternating concentric < 5 μm to ≈ 30 μm layers of HMC and dolomite at shallow (100 cm) depths and similar layers that are exclusively dolomite between depths of 170 cm and 350 cm...

1995 INTRODUCTION: Armalcolite (Feo.sM~.s Ti20s) has been observed most commonly in lunar rocks that equilibrated under reducing conditions, although occurrences of armalcolite in terrestrial rocks have been reported by von Knorring and Cox (1961), Ottemann and Frenzel (1965), Cameron and Cameron (1973), Haggerty (1975), Velde (1975), El Goresy and Chao (1976), Tsymbal et al...

Contributions to Minerology and Petrology

1993 ABSTRACT: Equilibria in the Sirf (Silica-Ilmenite-Rutile-Ferrosilite) system: SiO2+(Mg,Fe)TiO3 + (Mg,Fe)SiO3 have been calibrated in the range 800–1100° C and 12–26 kbar using a piston-cylinder apparatus to assess the potential of the equilibria for geobarometry in granulite facies assemblages that lack garnet...