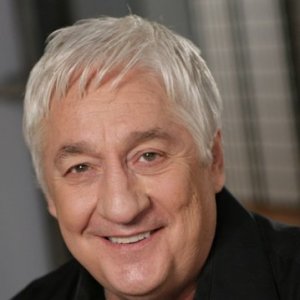 Joe Beam's expertise as a marriage and relationship expert came after his own life fell apart; he lost his family and spiraled into a life of alcohol and drugs. Though painful, he describes his eventual recovery as miraculous. He says it was "by the grace of God" that he remarried his former wife, Alice, and redeemed his life. Beam educated himself on becoming the best husband and father possible; founding what was to become one of the largest marriage ministries in America. His expertise is recognized not only by the Christian community but also by national programs such as NBC's Today Show, ABC's Good Morning, America, Focus On The Family and many more.

Beam is now founder and chair of Beam Research Center, formerly LovePath International, researching and developing programs to help marriages in crisis. He is in high-demand as a speaker for organizations, churches and corporations to share his insights and expertise on relationships; marriage, coworkers, managers/ employees, parents/ teens, singles looking for love and other relationships. Over the years, more than 150,000 people have enrolled in his courses, seminars and workshops, primarily in what is now known as Marriage Helper 911 workshops.

Author of numerous books, Beam's most recent title is The Art of Falling In Love (Simon & Schuster, 2012). He is currently penning LovePath to God, which will guide readers through the process of developing deep and abiding love for God. Beam and his wife Alice collaborated with Dr. Nick and Nancy Stinnett to author the book Fantastic Families. Other of his titles include the best-seller Seeing The Unseen, about spiritual warfare, a book about marriage entitled Becoming One, and Getting Past Guilt about the grace of God, and several others.

Joe Beam has designed and developed courses, workshops and seminars to help troubled marriages for over two decades. He has been seen on nationwide media and spoken to countless couples through live seminars, dedicated radio programs and books. Today, in conjunction with the Beam Research Center, he dedicates most of his time to researching and developing new ways to help couples in crisis.

Beam has a BA degree in Bible from Amridge University in Montgomery, Alabama. He also studied at Faulkner University. He is currently completing his PhD in Biomedical Science in the field of Sexology at the University of Sydney.

Joe Beam's informed, experienced, and straight talking Marriage Helper 911 presentation hits couples between the eyes with topics and danger zones they need to see, and his humor and enthusiasm breaks down even the most resistant spouse's defenses. I was so impressed by Joe's material that I brought him in to talk to my whole team and their spouses.

Should I Get Divorced or Stay Married?

Forgiving and reconciling are not enough. Even boundaries are not enough. To keep the relationship from falling into old routines, there must be a plan to make it grow and develop into a better one that it was.

0 to 12000 *Will consider certain engagements for no fee