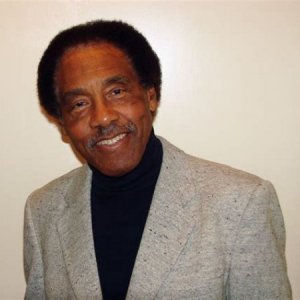 Joe Darden is the former Dean of Urban Affairs Programs from 1984 – 1997. He received the Distinguished Faculty Award in 1984. He is a former Fulbright Scholar, Department of Geography, University of Toronto, 1997 to 1998.

Michigan Takes On Its Deadly Cities

"Any approach has to be attached to the socioeconomic deprivation in these cities," said Joe Darden, professor of urban geography at Michigan State University in East Lansing. "Just putting a bunch of new police officers on the streets isn't going to solve the long-term problem."...

Minority faculty rates increasing, but not for black community

MSU geography professor Joe Darden arrived on campus in 1972 and has been faculty at MSU ever since, becoming a full professor in 1980. Darden said there have been ups and downs for black faculty in his time at MSU, but overall not much has changed through roughly 45 years. “When I arrived here in ‘72, there were efforts to increase the black faculty, it was constant pressure on university administration to do that during the early ‘70s,” Darden said. “Pressure does work in some sense, because it focuses more on action and it gets the administration in a mode to try to deliver on that.”...

Why Detroit Exploded in the Summer of 1967

As historians Joe Darden and Richard Thomas detail in their 2015 book “Detroit: Race Riots, Racial Conflicts, and Efforts to Bridge the Racial Divide,” the Detroit police essentially functioned as enforcers of segregation—“the first line of white defense against the invading ‘black hordes’ that, if not checked, would overwhelm surrounding white neighborhoods.” In other words, if Detroit’s black residents protested or were in the wrong place at the wrong time, the reaction of the police could be swift and brutal...

2018 Although research has been done by social scientists on the inability of blacks to use income, like whites, to purchase a home or to rent an apartment in a less disadvantaged neighbourhood, we argue that most past researchers have been limited in the variables they have used to characterise neighbourhoods. Most researchers have overwhelmingly used a single variable – median income. We argue that a single variable is not sufficient to capture the life experiences of children and adults in neighbourhoods.

2018 In the United States, past research has shown that Hispanics are less residentially segregated from non-Hispanic Whites than are Blacks. Such research has also shown that like Blacks, Hispanic households are located in poorer neighborhoods than are the average lower-income non-Hispanic White households. However, such studies have been limited for two reasons: (1) they have used a single variable, income, to characterize neighborhoods which is not sufficient to capture the complexity of such areas; and (2) such studies have not focused on Metropolitan Detroit where, unlike in many other large metropolitan areas, the Hispanic population is relatively small and concentrated within a large majority Black central city.

2016 This study uses a new approach to assess the impact of different neighborhood characteristics on blood lead levels (BLLs) of black versus white children in metropolitan Detroit. Data were obtained from the Michigan Department of Community Health and the US Bureau of the Census American Community Survey. The Modified Darden-Kamel Composite Socioeconomic Index, bivariate regression, and the index of dissimilarity were used to compute neighborhood BLL unevenness by neighborhood characteristics. Neighborhoods with lower socioeconomic characteristics and high racial residential segregation predicted higher average childhood BLLs. This reveals a social spatial structure that will aid researchers/policymakers in better understanding disparities in childhood BLLs.

Annals of the Association of American Geographers

2012 Over the last several decades, blacks in the United States have experienced substantial health disadvantages compared to other racial and ethnic groups. These disadvantages have been observed for important types of morbidity and early mortality, which public health interventions have achieved limited progress in improving. A promising new direction in health geographic research investigates the relationships among racial residential segregation, neighborhood socioeconomic inequality, and racial health disparities in urban areas of the United States. Historical evidence shows that as class isolation increases in racially segregated neighborhoods, poverty is concentrated, resulting in reduced opportunities and available and accessible amenities and resources, important factors in the promotion and maintenance of population health and well-being. Contemporary evidence shows that the ability to modify the structural constraints that create and exacerbate these unhealthy “place” environments are limited by social and public health policies. This study therefore explores modifiable pathways by which to inform social and public health policy to improve the health of black residents living in concentrated poverty. The historical context of racial residential segregation and neighborhood socioeconomic inequality in the United States is reviewed. A contemporary case study of racial disparities in low birth weight in the Detroit, Michigan, metropolitan area is also presented to demonstrate the persistence of racial health disparities. To address racial health disparities it is recommended that future health policy be linked to housing policy as a way to provide social mobility options for residents living in racially segregated, concentrated poverty neighborhoods.

The Measurement of Neighborhood Socioeconomic Characteristics and Black and White Residential Segregation in Metropolitan Detroit: Implications for the Study of Social Disparities in Health

Annals of the Association of American Geographers