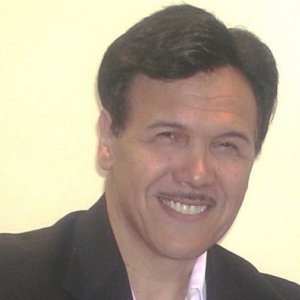 Joe Santana is best known for his recent work as Siemens first Diversity and inclusion officer and the architect of their successful program. Highlights of his work include the development and implementation of a D&I governance model for Siemens 65,000 plus employee operations in the USA, the design of a D&I capability assessment system that drove progress, lowered costs and increased overall institutional D&I effectiveness and the creation of a set of guidelines, policies and programs that resulted in 60 well-structured ERGs.

For his outstanding work on the Siemens program as well as his overall contributions as a D&I thought-leader, in 2008 he was given a Diversity Officer Leadership Award by Diversity Best Practices. Joe was also listed among the "Most Important Hispanics in Technology, Government and Business" by Career Communications Group, Inc in 2010 and again in 2011. In 2011 Joe was also listed as one of the 100 Most Influential Hispanics by Hispanic Business magazine.

Joe is author of a number of published articles, white papers and books that have been re-published in several languages in Asia, Europe and Africa. He’s also been quoted in numerous publications including the best seller, "The World is Flat."

As a speaker, Joe has a highly interactive approach. People who’ve attended his programs describe him as informative, thought-provoking, engaging, entertaining and funny (sometimes all at the same time).

The Keys to Having Employee Networks That Drive Measurable Value

How Can You Objectively Measure the Progress of Your Diversity and Inclusion Work?

Joe is a very knowledgeable and engaging speaker. I've sat through a few of his presentations and they're always very thought provoking and educational while at the same time enjoyable. Joe has a very clever way of presenting topics with a perfect balance of narration and real life examples. His breadth of knowledge within diversity is impressive and he's great at sharing that knowledge with others.

Joe provided a professional development seminar to the SHPE-NYC members, the Society of Hispanic Professional Engineers - New York City in 2010. The topic of the seminar was transitioning from IT to management, and all of the attendees agreed that the material was very valuable. Joe stayed well after the seminar portion was over to talk to our members and provide one-on-one guidance and advice. We look forward to working with Joe again in 2011.

Joe is a seasoned executive with a stellar record of accomplishments. He is a prolific thinker, knowledgeable author and an engaging presenter. He possesses the rare ability to combine the human, the business and the process together and communicate it in a manner that clearly resonates with his readers and audience.