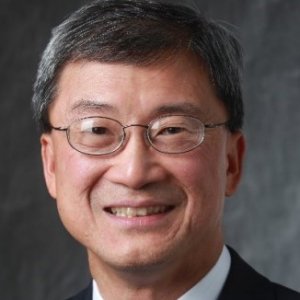 Joe H. Chow is an Institute Professor at Rensselaer Polytechnic Institute and a Registered Professional Engineer in the State of New York, since 1983. He is a fellow of IEEE and a member of US National Academy of Engineering. He received, in 1979, the Donald P. Eckman Award from the American Automatic Control Council for outstanding contributions to control engineering by a young engineer, the 1997 Control Systems Technology Award from the IEEE Control Systems Society for “pioneering contributions to time-scale analysis of large power systems,” and the 2014 IEEE Power and Energy Society Charles Concordia Power System Award for “the development of analysis techniques and innovative control and measurement systems to improve power system performance and reliability.” He has published over 300 journal and conference papers, and has served on proposal evaluation panels for many federal funding agencies.

The design of controllers sited in the transmission network for damping interarea power oscillations requires several types of analytical tools and field verification methods. Probably the most important aspect of such control design is the selection of proper feedback measurements from the network. This paper describes concepts which provide design engineers with the insight to control performance and the understanding needed to ensure the secure operation of the bulk transmission system. Specific attention is directed to procedures for selecting feedback signals.

The design concept and use of the power system toolbox (PST), a Matlab-based power system dynamics simulation and control design package, are discussed. The motivation for developing the package was to provide a flexible environment for teaching power system simulation techniques and control design concepts to advanced undergraduate and graduate students, and for graduate students to perform research and development on power systems. The authors discuss the capabilities of PST and the software development philosophy. Sample applications are given. Some potential educational usage is suggested. The future enhancement to the package is outlined.

As wind penetration increases in power systems around the world, new challenges to the controllability and operation of a power system are encountered. In particular, frequency response is impacted when a considerable amount of power-electronics interfaced generation, such as wind, is connected to the system. This paper uses small-signal analysis and dynamic simulation to study frequency response in power systems and investigate how Type-3 DFAG wind turbines can impact this response on a test power system, whose frequency response is determined mainly by a frequency-regulation mode. By operating the wind turbines in a deloaded mode, a proposed pitch-angle controller is designed using a root-locus analysis. Time simulations are used to demonstrate the transient and steady-state performance of the proposed controller in the test system with 25% and 50% wind penetration.

In steady-state voltage stability analysis, it is well-known that as the load is increased toward the maximum loading condition, the conventional Newton-Raphson power flow Jacobian matrix becomes increasingly ill-conditioned. As a result, the power flow fails to converge before reaching the maximum loading condition. To circumvent this singularity problem, continuation power flow methods have been developed. In these methods, the size of the Jacobian matrix is increased by one, and the Jacobian matrix becomes non-singular with a suitable choice of the continuation parameter. In this paper, we propose a new method to directly eliminate the singularity by reformulating the power flow problem. The central idea is to introduce an AQ bus in which the bus angle and the reactive power consumption of a load bus are specified. For steady-state voltage stability analysis, the voltage angle at the load bus can be varied to control power transfer to the load, rather than specifying the load power itself. For an AQ bus, the power flow formulation consists of only the reactive power equation, thus reducing the size of the Jacobian matrix by one. This reduced Jacobian matrix is nonsingular at the critical voltage point. We illustrate the method and its application to steady-state voltage stability using two example systems.

With amplitude and phase information, time-synchronized measured phasor data of bus voltages and line currents can be used to calculate, without iterations, the voltage phasor on neighboring buses. In some phasor measurement units (PMUs), it has been observed that the voltage and current phasors exhibit phase biases, which can corrupt the conventional state estimator solution if it is augmented with such biased phasor data. This paper presents a new approach for synchronized phasor measurement-based state estimation, which can perform phasor angle bias correction given measurement redundancy. In this approach, polar coordinates are used as the state variables, because the magnitude and phase are largely independent measurements. The state estimation is formulated as an iterative least-squares problem, and its application to portions of the AEP high-voltage transmission system is illustrated.

This paper develops a time-scale approach to the decomposition and aggregation of dynamic networks with dense and sparse connections. Two parameters are used to characterize time-scale and weak coupling properties. Bounds in terms of these parameters determine when there are two time-scales in sparse networks. Simplified models of the slow and fast subsystems are proposed and physical interpretations are provided. The results are illustrated with a 2000-node power network.