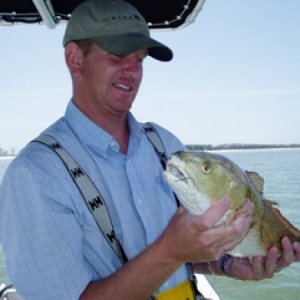 
F. Joel Fodrie is a fisheries ecologist at the UNC Chapel Hill Institute of Marine Science. 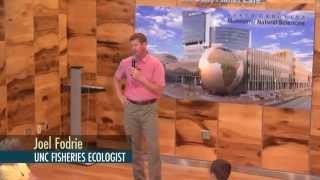 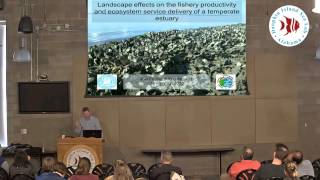 F. Joel Fodrie is a fisheries ecologist at the UNC-Chapel Hill Institute of Marine Sciences. He studies coastal organisms and the environments they live in, with the aim of conserving these environments for healthy populations of fish, shellfish, and other organisms important to the ecosystem. His lab conducts basic and applied research emphasizing connectivity of marine populations and ecosystems, trophic interactions involving bivalves and fishes in estuarine communities, and ecosystem service delivery of biogenic habitats. These themes are directly related to the maintenance of coastal ecosystems, and provide key data for management strategies of nearshore fisheries.

Should we be afraid of sharks?

On this episode of Well Said, UNC Institute of Marine Sciences' Joel Fodrie discusses the ongoing shark survey performed by IMS researchers and shares what any beachgoer should understand about sharing the water with sharks this summer.

“These are leaders in terms of how much shellfish product they’re putting out. We know that. We’ve been asked to in some ways model our growth after Virginia,” Fodrie told legislators. “However, one thing we found is that they produce this shellfish using a huge amount of leased habitat, and this infringes on public trust resources. They produce at an incredibly low rate of per unit-acre.”

The Research Behind Restoring Scallops to NC Waters

“We can build big continuous sea grasses or small patchy sea grasses but first we need to see what works best,” said Joel Fodrie, Ph.D., associate professor of Marine Sciences at the UNC-IMS. “The scallop is a great model for understanding how these systems work because it’s a nice fairly sedentary species that we can tag and tether to determine the fate of the individuals we put in the landscape."

Stingrays stung 4 people in 5 days at one NC beach. Here’s what to do to avoid them.

Rays that most often sting people spend their time buried flat in the mud and sand where they dig “ray pits,” Fodrie said. In their pits, they sift for food such as crustaceans, bivalves and worms. They’ll also scavenge for their meals. But since they’re in shallow water where people wade, and because they’re often covered in sand or difficult to see, they can be stepped on.

We investigated whether the proportion and density of flowering Z. marina shoots, and subsequently the density and distribution of seeds, differed between fragmented and continuous beds. Our results revealed that while flowering effort did not differ between the two bed types, seed density was significantly reduced in fragmented versus continuous beds.

Living on the Edge: Increasing Patch Size Enhances the Resilience and Community Development of a Restored Salt Marsh

Here, we identified and tested whether inundation/exposure stress and spatial scale (patch size) can interactively determine (1) survival and growth of a foundation species, Spartina alterniflora and (2) recruitment of supported fauna.

Proceedings of the Royal Society B

We provide a framework to account for the dual burial of inorganic and organic carbon, and demonstrate that decade-old experimental reefs on intertidal sandflats were net sources of CO2 resulting from predominantly carbonate deposition, whereas shallow subtidal reefs and saltmarsh-fringing reefs were dominated by organic-carbon-rich sediments and functioned as net carbon sinks (on par with vegetated coastal habitats).

To separate the effects of habitat area and configuration on biodiversity, we surveyed fish communities in seagrass landscapes spanning a range of total seagrass area and spatial configurations.

We evaluated the utility of geochemical tagging methods to discern larval connectivity among an invertebrate metapopulation within a large (~5000 km2) temperate estuary.