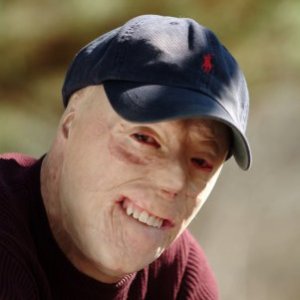 Joel is a young man whom has been transformed from a lifeless lump of coal into a diamond of rare beauty. Joel had to beat insurmountable odds in order to live a life of blessing and honor.

Burned beyond recognition at the age of two, when a tractor trailer smashed into his family’s car at a toll booth; Joel sustained an 88 percent burn injury. He has learned to accept his circumstances and excel beyond all expectations. Joel has an authentic platform from which to speak. He proves that the extraordinary is within everyone’s grasp.
​
Only in his 30s, Joel has been seen twice on The Today Show, starred in PBS documentaries, seen on 48 Hours, and was the center of an Emmy and Peabody award-winning documentary. Traveling to over 30 countries, he has been filmed for Italian National Television, Korean, Colombian, German and Dutch-TV just to name a few. He has appeared in magazines, newspapers and other publications throughout the U.S. and worldwide, well over 41 million people have seen him.
​
Speaking worldwide, Joel is at ease in front of youth and adults alike.

Joel Sonnenberg’s story is more than just an uplifting tale of persistence and achievement. Rooted in tragedy, it’s the story of a family’s love, a boy’s courage…and the resilience of the human spirit…

Joel is a dear friend. His story is truly remarkable... inspiring!!

Joel is an american hero. His story will renew your sense of the values many Americans have died for - God, country, and family. True courage is demonstrated...

Everything can change in one moment, are you ready?