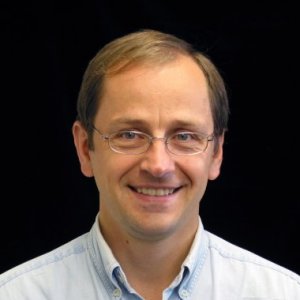 Professor, Department of Molecular and Cell Biology | University of Connecticut


Dr. Graf's research deciphers the role of the microbiome in health and disease of animals.

Dr. Joerg Graf is a Professor in the Department of Molecular and Cell Biology and the Associate Department Head for Graduate Research and Education. Dr. Graf's research seeks to enhance the general understanding of how bacteria and animals interact. He has worked on the interaction between beneficial bacteria and their host animals since starting his Ph.D. in Dr. Ned Ruby’s lab where he established genetic tools to investigate the interaction between Vibrio fischeri and the bobtailed squid. Since he expanded his work to multiple digestive-tract symbioses including medicinal leeches, termites, mice and humans. We have incorporated the application of next generation sequencing in each of these systems to understand the role the microbiota plays in the health of the host. His lab also works on manipulating the microbiome of the built environment to protect trout from pathogens in commercial trout farms. He established a core facility at the University of Connecticut, Microbial Analysis, Resources and Services, MARS that utilizes robotics for DNA extraction and PCR amplification for characterizing microbiomes. Utilizing simple model systems, he was able to demonstrate the use of metatranscriptomics to determine the culturing conditions for fastidious organisms. In addition, his group utilizes molecular genetics and microscopy in deciphering the interactions between microbes and host animals. 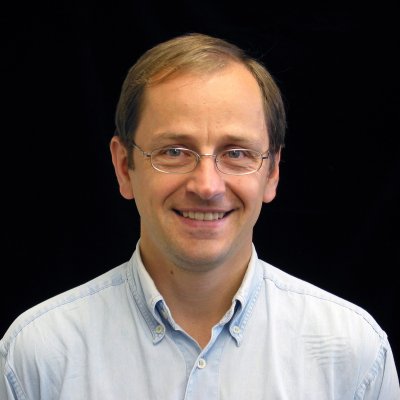 2019 The genetic determinants of bacterial pathogenicity are highly variable between species and strains. However, a factor that is commonly associated with virulent Gram-negative bacteria, including many Aeromonas spp., is the type 3 secretion system (T3SS), which is used to inject effector proteins into target eukaryotic cells. In this study, we developed a bioinformatics pipeline to identify T3SS effector proteins, applied this approach to the genomes of 105 Aeromonas strains isolated from environmental, mutualistic, or pathogenic contexts and evaluated the cytotoxicity of the identified effectors through their heterologous expression in yeast.

2019 Short-read sequencing technologies have made microbial genome sequencing cheap and accessible. However, closing genomes is often costly and assembling short reads from genomes that are repetitive and/or have extreme %GC content remains challenging. Long-read, single-molecule sequencing technologies such as the Oxford Nanopore MinION have the potential to overcome these difficulties, although the best approach for harnessing their potential remains poorly evaluated.

2018 As the importance of beneficial bacteria is better recognized, understanding the dynamics of symbioses becomes increasingly crucial. In many gut symbioses, it is essential to understand whether changes in host diet play a role in the persistence of the bacterial gut community. In this study, termites were fed six dietary sources and the microbial community was monitored over a 49-day period using 16S rRNA gene sequencing.

2018 Fluoroquinolones (FQs) and ciprofloxacin (Cp) are important antimicrobials that pollute the environment in trace amounts. Although Cp has been recommended as prophylaxis for patients undergoing leech therapy to prevent infections by the leech gut symbiont Aeromonas, a puzzling rise in Cp-resistant (Cpr) Aeromonas infections has been reported. We report on the effects of subtherapeutic FQ concentrations on bacteria in an environmental reservoir, the medicinal leech, and describe the presence of multiple antibiotic resistance mutations and a gain-of-function resistance gene.

2017 We announce here the draft genome assembly of Flavobacterium columnare CSF-298-10, a strain isolated from an outbreak of columnaris disease at a commercial trout farm in Hagerman Valley, Idaho, USA. The complete genome consists of 13 contigs totaling 3,284,579 bp, with an average G+C content of 31.5% and 2,933 predicted coding genes.