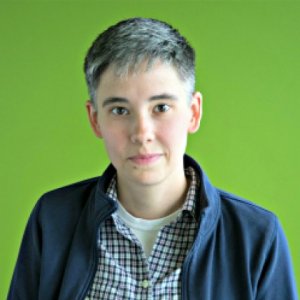 Germany’s upcoming national election was supposed to be the toughest one yet for Angela Merkel. When the disciplined statesman, who had maintained the trust of her people as chancellor for a decade running, decided to open Germany’s borders in 2015 and let in some one million refugees over the next year, commentators were writing her political obituary. The refugee crisis had, according to some, left the country “as bitterly divided as Donald Trump’s America.” 2017 was pegged as her “year of reckoning.” The chancellor was “weak and vulnerable,” they claimed, and ripe for the picking.

Integration Politics as an Apparatus

2016 This paper compares Gloria Anzaldúa’s seminal autobiographical work Borderlands/La Frontera: The New Mestiza (1987) with Seyran Ateş’s autobiography Große Reise ins Feuer: Die Geschichte einer deutschen Türkin (2003; Long journey into fire: The story of a German Turk) as a way of illuminating both the national differences in minority feminist autobiography as well as the similarities found in the content and form of both texts. Experiences of physical and psychic pain, trauma, and exclusion spur both authors to seek freedom; both do so by laying claim to spaces of representation, albeit from divergent political positions. Written fifteen years apart, the similarities in the techniques that give each narrative shape (such as an interest in pain and space) and the differences in national political application show feminist autobiography to be an extremely plastic genre with strategic use in performative identity-based struggles.

2015 Media attention to Muslim populations in Europe often racialises Muslim men as aggressive, uneducated, and prone to domestic violence and even murder (honour killing). This article explores how ‘Projekt Heroes’, a social work project in Berlin designed to raise awareness about gendered violence, navigates and engages with this racialising journalistic discourse. Dependent as it is on the visibility provided by the media, ‘Projekt Heroes’ cannot avoid interacting with journalists. Journalistic discourse about ‘victimised’ Muslim women and ‘macho’ Muslim men has also created a space in popular narratives about immigration which makes the mission statement of ‘Projekt Heroes’ legible to outsiders. Despite this dependence on the media, internal activities within the organisation criticise mainstream sexist and racist narratives while their external activities must use the language of racialising scripts. As I show by analysing media representations of the project in print and on television, as well as the internal training activities off‐limits to journalists, ‘Projekt Heroes’ both participates in and negotiates with the stigmatising tropes of media discourse because of the potential benefits media recognition offers the young people ‘Projekt Heroes’ serves.