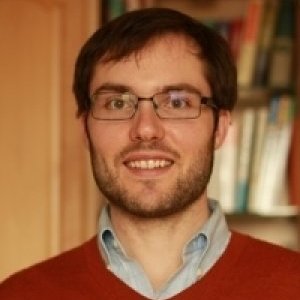 Assistant Professor of Agriculture and Resource Economics | University of Connecticut

My research applies economic analysis to food and agricultural policy issues with a view toward consumer welfare and improved health outcomes. In particular, much of my research has been on the economic effects of food-safety regulations, including effects on consumer demand (food choice) and prices.

Ongoing projects include analyzing the effects on consumers and producers of the Food Safety Modernization Act Produce Safety Rule; demonstrating the effect of mandatory disclosure of plant-level food-safety test results on food-safety outcomes in chicken; analysis of voting on regulations that affect agricultural producers; and a historical review of “the food waste problem”. Past projects have included characterizing incentives to supply the National School Lunch Program with safe ground beef and chicken and analyzing patterns in FDA food import refusals. 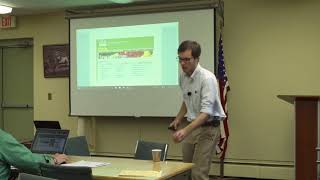 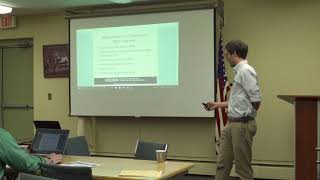 Why Are Avocados So Expensive Right Now? Here Are 3 Reasons

“The simple reason is that demand is high and supply hasn’t been able to respond,” John Bovay, an agricultural economist at the University of Connecticut, told PEOPLE. “Avocados are extremely popular — people use them to make guacamole and avocado toast is really trendy right now — they’re just all over the place.” “Demand is high. And it’s not just in the U.S. It’s also in China and in Europe,” he continued. “Because avocados are a tree fruit it takes three or four years for the trees to reach maturity and start bearing fruit. So basically production can’t keep up with demand and when that happens, prices rise.”

John Bovay is part of a team of researchers who looked at the impact of FSMA from several points of view in the paper “Economic Effects of the U.S. Food Safety Modernization Act,” which was selected to appear in the journal Applied Economic Perspectives and Policy. “I would assess this more as a band aid than a cure-all,” says Bovay.

2017 In 2007, leading members of the U.S. fresh-tomato industry responded to pressure from the U.S. Food and Drug Administration regarding the industry's long history of poor food-safety outcomes and adopted a set of standards for production practices related to food safety at all levels of the fresh-tomato supply chain. Adherence to these standards was required under a federal marketing order that applied to essentially all tomatoes grown in Florida. The California Tomato Farmers cooperative, whose members produced the vast majority of fresh tomatoes grown in California, also required that its members adopt these standards. The collective food-safety standards for fresh tomatoes closely resemble the requirements of the U.S. Food Safety Modernization Act (FSMA) Produce Safety Rule, so the collective adoption of these standards provides an excellent case study to illustrate the possible effects of FSMA implementation on demand. I assess the hypothesis that demand for tomatoes from Florida and California increased following the adoption of standards for food-safety practices by growers in those states, relative to demand for tomatoes from other regions. My analysis demonstrates essentially no evidence that demand for fresh tomatoes responded positively to the implementation of collective food-safety practices.

2017 Ground beef sold to the USDA’s Agricultural Marketing Service (AMS) for distribution to the National School Lunch Program (NSLP) must meet stringent food-safety standards, specifically, a zero-tolerance standard for Salmonella. We use a unique data set containing information on Salmonella levels in order to examine the sequential decisions of ground-beef plants to become registered as AMS suppliers and then bid on contracts to supply the NSLP from 2006 to 2012. We find that plants exploit their competitive advantages in relatively high productivity and strong performance on Salmonella tests when choosing to bid on contracts in a given year. Furthermore, the incentives generated by the zero-tolerance standard for Salmonella are highly effective: ground beef supplied to the NSLP is 21–22 percentage points more likely to meet a zero-tolerance standard for Salmonella than ground beef tested as part of typical meat-plant inspections.

2017 The Food Safety Modernization Act (FSMA) substantially expands the authority of the US Food and Drug Administration to regulate fresh produce marketed in the United States. This article uses an equilibrium-displacement framework incorporating stochastic food-borne illness outbreaks to simulate long-run market effects of FSMA using the North American fresh-tomato industry as a case study. We demonstrate how, under FSMA, certain categories of suppliers will gain advantage over others.

2017 Consumers are increasingly interested in farming methods and the nutritional quality of food. Manufacturers, in turn, are adding more information to food labels. In 1990, Congress passed two watershed laws on food labeling, one requiring nutrition labels to be included on most processed foods and the other requiring organic foods to meet a national uniform standard. This report examines the economic issues involved in five labels for which the Federal Government has played different roles in securing the information and making it transparent to consumers. In addition to the nutrition and organic labels, the report scrutinizes three other labels—one advertising foods made without genetically engineered ingredients, another advertising products made from animals raised without antibiotics, and the Federal country-of-origin label, which is now required for fresh and frozen fruits and vegetables, some nuts, fish and shellfish, ginseng, and certain meats. As interest grows in process-based and other types of food labeling, findings from these five case studies illustrate the economic effects and tradeoffs in setting product standards, verifying claims, and enforcing truthfulness.

GM Labeling Regulation by Plebiscite: Analysis of Voting on Proposition 37 in California Journal of Agricultural and Resource Economics

2016 Many US states have been considering proposals to introduce mandatory labeling requirements for foods containing GMOs. This paper analyzes precinct-level voting patterns in the case of California's Proposition 37, which was narrowly defeated in the November 2012 ballot. Those voting patterns can be predicted primarily by support for Democrats, their platforms, and President Obama.

2016 This report analyzes food import shipments that were refused entry into the United States by the U.S. Food and Drug Administration (FDA) from 2005 to 2013 and assesses patterns in import refusals. It highlights which products are most often found in violation, identifies the most common types of violations, and discusses country-product patterns of note and changes in import refusal patterns over time. The industry group with the most shipments refused over 2005-13 was fishery and seafood products, with 20.5 percent of refused shipments. This was followed by vegetables/vegetable products (16.1 percent) and fruit/fruit products (10.5 percent). The share of refusals for fishery/seafood products was slightly higher over 2005-2013 than over 1998-2004, while the shares for vegetables and fruit both decreased. The share of refusals for spices, flavors, and salts increased substantially, with more than one-third of refusals originating from India. Sanitary violations were the most common reason for a shipment refusal in both fishery/seafood products and fruit/fruit products, whereas pesticide residues were the most common violation for vegetables. FDA inspectors target certain firms or product categories that are prone to greater risks, so records do not represent a random sample of all U.S. food imports.