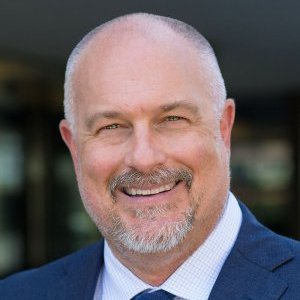 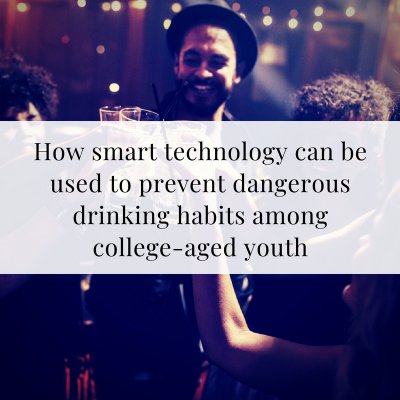 JOHN D. CLAPP is a professor at the Suzanne Dworak-Peck School of Social Work at the University of Southern California.

Clapp is known internationally for his research and translational work in the field of alcohol problem prevention. A fellow in the American Academy of Health Behavior, Clapp is currently studying the system dynamics of drinking events with a team of engineers and computer scientists with the goal of developing “smart” real-time prevention applications.

He has published more than 100 journal articles, with his work appearing in the Journal of Studies on Alcohol and Drugs, Addiction, Drug and Alcohol Dependence, among numerous other top research journals. Clapp has been awarded more than $32 million in grants and contracts (NIAAA, NIDA, U.S. Department of Education, Conrad N. Hilton Foundation) and has been principal investigator on over 20 funded projects.

Clapp was the founding co-editor-in-chief of the International Journal of Alcohol and Drug Research. As a leader in the prevention of alcohol-related problems experienced by college students, he served six years as the director of the Higher Education Center for Alcohol and Drug Misuse Prevention and Recovery. He also served on the Substance Abuse and Mental Health Services Administration’s Center for Substance Abuse Prevention National Advisory Council.

Clapp’s work and expertise has been featured in numerous international media outlets, with coverage in The New York Times, The Washington Post, The Daily Telegraph, ABC National News, among numerous others.

To reference the work of John Clapp online, we ask that you directly quote their work where possible and attribute it to "John Clapp, a faculty at the USC Suzanne Dworak-Peck School of Social Work” (LINK: https://dworakpeck.usc.edu)

Alcohol and Drug Epidemiology and Prevention

Dr. Clapp was recognized as a 2018 Research Laureate at the 18th Annual AAHB Scientific Meeting, "An Equity Approach to Health Behavior Innovations."

What we can do to reduce extreme college drinking

Decades of research, policy changes and intervention efforts have only dented the rate of high-risk binge drinking at Michigan's public universities. Scattershot efforts across universities, college towns and the Capitol have ranged from ineffective to contradictory to, as happened with the keg tag measure, a study in unintended consequences. Administrators express frustration with a problem for which every solution seems akin to pushing on one side a balloon.

The Higher Education Center for Alcohol and Drug Misuse Prevention and Recovery opened this year at Ohio State University, under the direction of Mr. Clapp, who led the shuttered federal center. He secured grant money, $2-million from the Conrad N. Hilton Foundation, to translate alcohol research into strategies that colleges can use, he says. “The idea is to give people tools that don’t necessarily need a ton of money to implement” or “50 to 60 staff people to run.”

Why Can't NFL and NBA Players Just Stay out of Legal Trouble?

From 2000-2010, law enforcement officials arrested one in every 45 NFL players on average, one-third of those players for drunk-driving....The college-campus setting of Blackmon's case further reveals the situation on the ground, because DUI accounts for the "bulk" of the 1,700 a-year average of alcohol related deaths among college students, according to Dr. John D. Clapp of the US Department of Education's Higher Education Center for Alcohol, Drug Abuse and Violence Prevention.

Modeling and Analysis of Group Dynamics in Alcohol-Consumption Environments

2017 High-risk drinking is considered a major concern in public health, being the third leading preventable cause of death in the United States. Several studies have been conducted to understand the etiology of high-risk drinking and to design prevention strategies to reduce unhealthy alcohol-consumption and related problems, but there are still major gaps in identifying and investigating the key components that affect the consumption patterns during the drinking event.

2017 In this case-control study, a clinical protocol was developed in which misusers of alcohol were asked to sign a contract to be abstinent of alcohol prior to surgery. This protocol was associated with a reduction in hospital stay, fewer wound complications, decreased withdrawal, and reduced time lapse to adjuvant radiation therapy.

The International Journal of Alcohol and Drug Research

2016 Drinking-related problems are increasing among Asian immigrants despite the popular perceptions of a “model minority.” Sociocultural factors may relate to differing drinking patterns among subsets of Asian American populations. This study explores the relationship between nationality and alcohol consumption among Chinese and Korean Americans, specifically in regards to acculturation and social networks.

Reducing and preventing alcohol misuse and its consequences: A Grand Challenge for social work

The International Journal of Alcohol and Drug Research

2016 The scientific discovery, development, and implementation of evidence-informed solutions for alleviating alcohol-related problems are inherently multisectoral, as they affect individuals, families, communities, and larger social systems. The advent of new technologies, research approaches, and intervention strategies has dramatically accelerated positive results in addressing such problems over the past 40 years. Still, alcohol misuse remains a significant global problem, and reducing and preventing its consequences is a Grand Challenge for Social Work.