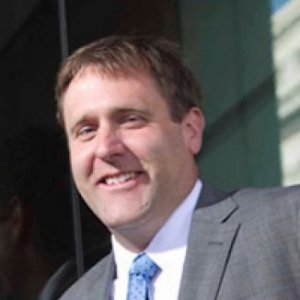 Professor John Crawford graduated from Stanford Law School, J.D. (2006); Johns Hopkins School of Advanced International Studies, M.A., International Relations and Economics (2006); and University of Notre Dame, B.A., Philosophy (1995). He joined the UC Hastings faculty in 2011, after serving as a lecturer and teaching fellow at Stanford Law School. Prior to his fellowship, he worked as a corporate associate at Davis Polk & Wardwell and clerked for the Honorable John T. Noonan, Jr., of the United States Court of Appeals for the Ninth Circuit in San Francisco. Before law school, he served as a Peace Corps volunteer in Haiti and worked at an international development consulting firm.

Professor Crawford’s current research focuses on the regulation of financial markets and institutions. In addition to U.S. corporate and securities law, his interests include business and property law reform efforts in developing and emerging markets.

Moral hazard plays a central role in almost every narrative of the recent financial crisis: government’s implicit guarantees led to excessive risk-taking, and when the guarantees turned explicit, it exacerbated moral hazard going forward. The moral hazard narrative of crisis causes and effects motivated key reform efforts, including the statutory elimination of authorities regulators used to guarantee trillions of dollars of private debt in an effort to halt widespread panic in late 2008. Some argue that the elimination of these broad guarantee authorities was a mistake, but even these critics acknowledge that the moral hazard costs of guarantees are significant. This Article argues that the absence of broad guarantee authorities could, counterintuitively, exacerbate moral hazard in the current U.S. financial system. Broad guarantee authorities can be seen as a “strong” tool for stopping panics. Stripped of this strong tool, regulators nevertheless retain a number of weaker tools that, while unequal to containing a full-blown panic, might prevent one from starting in the first place through targeted bailouts of specific firms or their creditors. Lacking a strong panic-prevention tool, regulators are likelier to err on the side of caution in saving a weak firm even when the firm’s failure might not have sparked a panic. It is possible, therefore, that weak firms are more likely, rather than less likely, to be bailed out in the current system. If guarantee powers make bailouts less likely under some conditions, their impact on moral hazard – which arises from bailout expectations – is ambiguous. This strengthens the case for reestablishing broad guarantee authorities.

'Single Point of Entry': The Promise and Limits of the Latest Cure for Bailouts

This essay explores proposed regulations meant to prevent a reoccurrence of the "Too Big to Fail" crisis of 2008. The new regulations, which are likely to go into effect in 2015, have two key features. First, a "Single Point of Entry" provision allowing regulators to more effectively and efficiently wind down failed financial institutions. Second, a heightened capital reserve provision meant to ensure that in the event of a large financial institution’s failure, losses can be absorbed entirely by private claimants without systemic consequences. The provisions are an important step in the right direction, but the ideal regulatory regime for preventing bailouts remains elusive.

Wargaming Financial Crises: The Problem of (In)Experience and Regulator Expertise

Review of Banking and Financial Law

A comprehensive approach to minimizing the long-term costs of financial crises must include efforts to train regulators to respond effectively to crisis dynamics when they arise. An important gap exists, however, in our current approach: a uniquely effective building block for developing crisis-fighting skills is relevant experience, but the infrequency of crises translates to a dearth of opportunities for regulators to attain the necessary experience and develop the pertinent skills. This Article proposes to fill this gap by employing role-playing crisis simulations – or wargames – to create synthetic crisis-fighting experiences. Wargames can provide regulators with a repertoire of crisis experiences that they will have “lived,” in a real if attenuated way, which can then aid them in perceiving key patterns and anomalies and in anticipating potential consequences of decisions to intervene (or not) under the intense time pressure and stress of an actual crisis.

Capital Accounts: Bank Capital, Crises, and the Determinants of an Optimal Regulatory Approach

As the financial crisis of 2007-2008 recedes in our rear view mirror, how worried should we be about what lies beyond the bend? According to two highly influential but conflicting accounts of the crisis, we should be very worried. This review essay critiques these accounts, with special focus on the compelling but contradictory narratives they provide of the importance of bank “capital” – the portion of a bank’s activities funded by “unborrowed” money (or equity) – to financial stability. In The Bankers’ New Clothes, Anat Admati and Martin Hellwig launch a withering attack on persistently high levels of bank debt and on the arguments used to defend these debt levels. Misunderstanding Financial Crises, by Gary Gorton, argues that capital levels are unimportant to crisis prevention, focusing instead on financial institutions’ lingering vulnerability to the modern-day equivalent of Depression-era bank runs. Gorton does not, in the end, provide a reason to think capital levels should be required to rise far above zero, while Admati and Hellwig fail to explain why we should not simply prohibit lending institutions from borrowing at all. The essay evaluates the books’ accounts and argues that while it is vitally important to require banks to maintain a (sufficient) capital buffer, there are also good reasons to limit the size of the required buffer. I identify the factors that should inform the required level of capital, and argue that an optimal regulatory approach would incorporate the best elements of both books’ analyses – weighing the importance of capital against countervailing economic objectives and possible alternative approaches to systemic stability.

A systemically important financial institution (“SIFI”) unable to survive on its own can damage the broader economy, whether the firm defaults or the government rescues it. Regulators need good information about the location and magnitude of risks in the system in order to try to prevent these costs. Current market-based risk measures, however, only estimate the likelihood of default. If the market believes the government will rescue a firm in distress, its estimate of the probability of default will be low, even if the firm is weak and highly vulnerable to market shocks. This dilutes the quality of information about risk, weakening regulation. The Article proposes a “prediction market” to address this information gap. The market would estimate the likelihood of SIFI failure, defined as default or government rescue. It would improve on, but not replace, other sources of information for regulators. Because regulators sometimes fail to act even when they have good information, the Article further proposes a mechanism to sidestep regulatory discretion: automatically adjusting SIFI executives’ pay downward when the prediction market risk metric indicates their firm is riskier than its peers. While there have been similar proposals relating to executive compensation, the Article argues that linking it to the prediction market measure would offer several unique advantages.