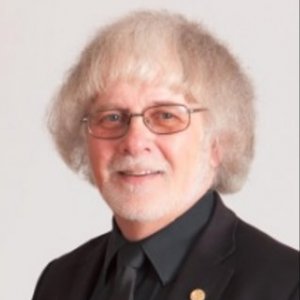 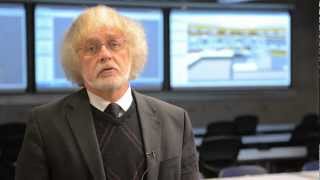 An Associate Professor and Nuclear Engineer in Residence since 2010, Froats was named Best Lecturer and Most Inspirational Lecturer by the Faculty of Engineering Systems and Nuclear Science 2016 graduating class. Passionate about fostering the next generation of nuclear energy experts, Froats humbly measures his worth by the influence he has had on others. Throughout his career, his candid leadership and mentorship have had a tremendous impact on the industry.

Prior to joining UOIT, Froats was appointed President and CEO of the CANDU Owners Group from 2006 to 2010, where he led successful growth across research and development, and leveraged products and services to CANDU operators worldwide. He spent over 32 years in progressive roles at Ontario Power Generation (OPG), culminating in his appointment to the role of Chief Nuclear Engineer and Vice-President, Engineering and Modifications, and the 2005 OPG Power Within Achievement Award for Leadership.

Following in his father’s engineering footsteps; Froats received his Bachelor of Engineering in Electrical Engineering from McMaster University in Hamilton, Ontario. Subsequently, he earned his Reactor Shift Manager License from the Atomic Energy Control Board, and is a graduate of the OPG Senior Nuclear Plant Manager Program.

Honoured for his tremendous contributions to the nuclear industry in Canada.

Recipient for his outstanding contribution to the advancement of Canadian nuclear energy standards.

Awarded for his outstanding contribution to the advancement of the Nuclear Standards Program in Canada.

Honoured for his outstanding leadership of the OPG Nuclear Program during his 22 years with the organization.

Chair of the Safety Advisory Board, and Advisor to the Board, Canadian Nuclear Laboratories (CNL) (professional)

CNL is Canada’s premier nuclear science and technology organization, and a world leader in developing innovative applications from nuclear technology.

The Canadian Standards Association (CSA) has named John Froats of the UOIT Faculty of Energy Systems and Nuclear Science (FESNS) the 2015 recipient of the John Jenkins Award for outstanding contributions to the CSA Standards Program in Canada. The award will be presented on Tuesday, June 16 at the CSA’s annual conference in Niagara Falls, Ontario.

Managing Across the Organization

Role of CSA Standards in Nuclear Engineering and Education