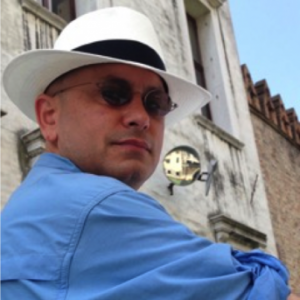 JOHN A. GAROFALO (Lighting Designer) began his theater life at the age of nine by running the lighting and sound consoles for a Washington, D.C. children’s theatre production of Winnie The Pooh. He now designs lighting, projections, and sound for theatre, dance, opera, and large-scale corporate events for an ever-growing list of companies and venues. Johnny is the resident lighting designer for two modern dance companies: Holly Johnston’s Ledges and Bones, and Chad Michael Hall’s Multiplex Dance. Johnny’s recent designs include the world premier of Raiford Rogers Modern Ballet’s ‘Still Life’, and Twitter’s global developers’ conference - “Twitter Flight” - which was broadcast worldwide from the historic Bill Graham Civic Auditorium in San Francisco.

John recently completed a residency in Shanghai, China where he was the Associate Lighting Designer for “Tarzan, Call of the Jungle” for the brand-new Disney Shanghai Resort, scheduled to open in June, 2016. Johnny’s upcoming projects include projection design for The Portland Opera’s 2016 production of Mozart’s ‘The Magic Flute’, and “An Evening of Concert Dance” for the LMU Dance Program. Johnny has an MBA from LMU and an MFA in Design from UCLA. He is also a lecturer in design at both UCLA and Loyola Marymount University.