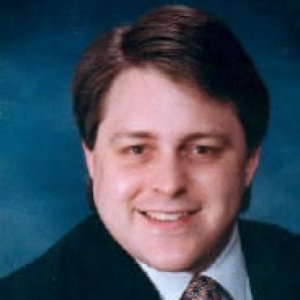 
I speak on the application modernization: the impact of social and consumer technology on business processes and applications

John David Head is Director of Enterprise Collaboration for PSC Group, LLC. He focuses on helping customers modernize their internal applications to take advantage of social and mobile technologies. In 2011, John was named an IBM Champion. John has spoken at over 50 conferences and user groups, including Lotusphere.

In 1998, he began working with Boom Vang Consulting, and was in fact the company’s sixth employee. While at Boom Vang, he continued to focus on application integration by building solutions for companies that wanted to integrate Lotus Notes with other technologies.

At that time, these solutions were equally split between Lotus SmartSuite and Microsoft Office. To this day, John’s expertise remains with the integration of these products with other technologies, as well as supporting integration with OpenOffice.org and Lotus Symphony. However, this position involved more business development and less hands-on programming so, after eighteen months, he shifted gears to focus more on development and began working for Synergistics in Cincinnati, where he supported efforts to build a Correspondence Engine for Prevail 4.8.

After a few years, in 2000, John found a home for his professional talents as a developer and business development consultant at Chicago based PSC Group, LLC. With offices in three metropolitan areas, his position as Director of Enterprise Collaboration allows him to achieve equal-parts, development and sales.

At PSC, John is responsible for developing new customer relationships, cultivating and improving current solutions and maintaining brand awareness within the ranks of strategic partners like Microsoft and IBM. Over the last nine years, John has also been the architect and team leader for many of the enTouch Frameworks which are ready-to use business templates for applications such as Customer Relationship Management (CRM), Workflow, Project Management, and Help Desk. He continues to specialize in the architecture and implementation of document and content management software solutions.

John was asked in 2008 to serve as the technical editor for the “Lotus Symphony for Dummies” book. In 2009 he was also asked to be one of the authors for the IBM Redbook “Self Assessment and Strategy Guide for Migrating from Domino Document Manager” including a 3 week residency in Boston, MA.