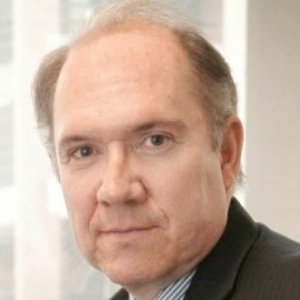 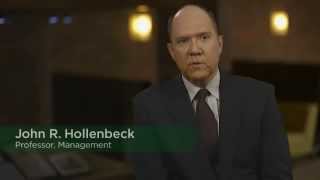 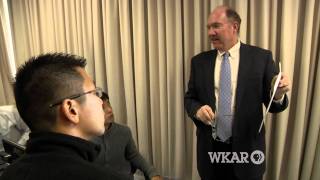 Hollenbeck has published over 90 articles and book chapters. According to the Institute for Scientific Information, his work has been cited over 4,500 times by other researchers. He has been awarded over $7 million in external research funding, most of which was granted by the US Department of Defense and the National Science Foundation.

Hollenbeck served as the acting editor at Organizational Behavior and Human Decision Processes, the associate editor of Decision Sciences, and the editor of Personnel Psychology. He was awarded fellowship status by the Academy of Management and the American Psychological Association; the Career Achievement Award by the HR Division of the Academy of Management; the Early Career Award, and Distinguished Service Contributions Award of the Society of Industrial and Organizational Psychology.

2015 The literature on teams is filled with many alternative team type taxonomies, and the persistence of so many conflicting taxonomies serves as evidence for the lack of consensus in the field about how to describe and differentiate teams in any standardized way. This paper presents the Team Descriptive Index (TDI) as an approach for rigorous team description based upon the Three-Dimensional Team Scaling Model (3DTSM) developed by Hollenbeck, Beersma, and Schouten (Academy of Management Review, 37, 92–106). The use of a continuous scaling approach to team description eliminates the need for researchers to force the teams they study into discrete categorical types that, more often than not, fail accurately to capture their nature in a precise way. We report the results of five different studies that provide construct validation evidence for a set of standardized measures for the 3DTSM with diverse samples that reflect the wide variety of contexts in which teams are studied.

2015 Bootstrapping is an analytical tool commonly used in psychology to test the statistical significance of the indirect effect in mediation models. Bootstrapping proponents have particularly advocated for its use for samples of 20-80 cases. This advocacy has been heeded, especially in the Journal of Applied Psychology, as researchers are increasingly utilizing bootstrapping to test mediation with samples in this range. We discuss reasons to be concerned with this escalation, and in a simulation study focused specifically on this range of sample sizes, we demonstrate not only that bootstrapping has insufficient statistical power to provide a rigorous hypothesis test in most conditions but also that bootstrapping has a tendency to exhibit an inflated Type I error rate. We then extend our simulations to investigate an alternative empirical resampling method as well as a Bayesian approach and demonstrate that they exhibit comparable statistical power to bootstrapping in small samples without the associated inflated Type I error. Implications for researchers testing mediation hypotheses in small samples are presented. For researchers wishing to use these methods in their own research, we have provided R syntax in the online supplemental materials.

Leadership Over-Emergence in Self-Managing Teams: The Role of Gender and Countervailing Biases

2014 We examine leadership over-emergence, defined as instances when the level of one’s leadership emergence is higher than the level of one’s leadership effectiveness, in a sample of intact self-managing teams who worked together for a period of seven months. We draw from Gender Role Theory and Expectancy Violation Theory to examine the role of gender in predicting leadership over-emergence. Building on arguments from Gender Role Theory, we find that all else equal, men over-emerge as leaders. However, Expectancy Violation Theory suggests that women are likely to benefit from a countervailing bias. Specifically, women are attributed with higher levels of leadership emergence than men when they engage in agentic leadership behaviors—even if the level of the behaviors exhibited by men is exactly the same. Because the impact of these behaviors on leadership effectiveness is not contingent on gender, however, women who engage in more task behaviors and boundary spanning behaviors in self-managing teams also over-emerge as leaders. We discuss the implications of this study for Gender Role Theory and Expectancy Violation Theory, along with practical implications for managing the problem of leadership over-emergence in work groups.

2014 Groups are increasingly conceptualized as self-regulating, adaptive social systems, where time and history play central explanatory roles. Despite this, concepts related to opponent processes, which are central to theories of self-regulation, have been absent from discussions of leadership of groups. In this paper, we introduce the opponent process theory of leadership succession, and argue that the impact of leadership on current outcomes can be fully appreciated only by complementing the understanding of the current leader’s behaviors and style with the behaviors and styles of his or her predecessor. We outline both the process and content of opponent processes highlighting their potential to explain both adaptive and maladaptive behavior in groups.