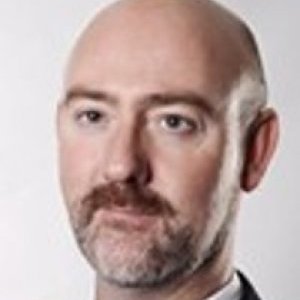 John Mercer is recognised as one of the leading voices in the study of gay pornography and gay culture.

John Mercer leads the research degree programmes within the School of Media and is the leader of the Screen Cultures research cluster and the award leader (with Dr Inger Lise Bore) of the Screen Studies masters awards.

His research interests include film and television genres, celebrity and stardom, the pornography debate, the sexualisation of contemporary media culture and contemporary cultural theory.

Popperbate: video collage, vernacular creativity and the scripting of the gay pornographic body

The enigma of the male sex symbol

2013 When Daniel Craig emerged from the sea as the new James Bond in Casino Royale (Martin Campbell, 2006), his appearance (and his physique) created a media furore. For the first time since the days of Sean Connery, James Bond was once again a sex symbol. Starting with the many examples offered by the James Bond franchise, this essay identifies the sex symbol as a ubiquitous but essentially ill-defined category of celebrity status. Challenging a ‘common-sense’ understanding of the sex symbol, this essay emphasises the importance of the sex symbol as a way into understanding the complexity and mutability of attitudes towards sex and sexuality. The intention of this article is to bring the category of sex symbol into critical view, to make some provisional suggestions as to the ways in which this phenomenon might be interrogated and to consider what the specific issues might be in relation to an understanding of the male sex symbol in particular.