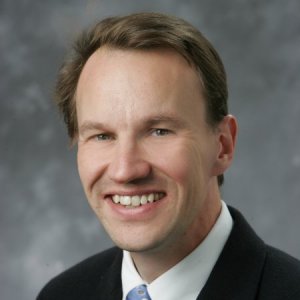 Morgan is an editor for the Berkeley Electronic Journals for Theoretical Economics. He is also an associate editor at Management Science and Economic Theory and a member of the editorial board for the California Management Review. His most recent consulting experience is in the area of auctions and dynamic pricing for Google, Digonex, and Paging Systems. He has received awards from the National Science Foundation, and he was selected as a visiting scholar at the Hoover Institution and the International Monetary Fund. His research on online pricing earned him a best paper award for 2004 in Journal of Industrial Economics. His article "Price Dispersion in the Large and in the Small: Evidence from an Internet Price Comparison Site" won the Journal of Industrial Economics "best article" prize in 2005. His class on game theory is one of the most popular at Berkeley Haas.

Why Am I Paying $60 for That Bag of Rice on Amazon.com?

Prices have fluctuated since the pandemic, a function of dynamic pricing, which can facilitate more competition by accurately reflecting the market. American Airlines started using dynamic pricing in the 1980s to compete with budget carriers. "There’s no doubt consumers benefited from that," said Prof. John Morgan, the Oliver E. and Dolores W. Williamson Chair of the Economics of Organizations.

Psychology of wealth: do the new rich not care about losing money?

Work by Prof. John Morgan, Oliver E. and Dolores W. Williamson Chair of the Economics of Organizations, found that entrepreneurs who put a high value on avoiding loss tend to work harder — more so than those who put a high value on new gains. “There is a view that entrepreneurs are often overconfident gamblers, who thrive on risk, yet there is little evidence to support this view,” said Morgan. “Entrepreneurs aren’t Steve Jobs. They’re ordinary people who want to start a business.”

Prof. John Morgan, Oliver E. and Dolores W. Williamson Chair of the Economics of Organizations, has been teaching at Berkeley Haas since 2002. He won the Earl F. Cheit Award for Excellence in Teaching in 2006 and was the first recipient of the Oliver E. Williamson Award in 2014.

Many MBA applicants feel that they are purchasing a brand when they choose a business school. However, the educational experience you will have is what is crucial to your future, and no one will affect your education more than your professors. Each Wednesday, we profile a standout professor as identified by students. Today, we focus on John Morgan from the University of California (UC), Berkeley, Haas School of Business.

How to restore power to the people

In 40 percent of the U.S. presidential elections held in this century, the candidate getting the most votes has lost. In every case, that person was a Democrat. To people not from the United States, such an outcome is puzzling. We are justifiably proud of our democracy with its system where everyone, regardless of wealth, gender, race or religion, has exactly one vote. In elections for the House of Representatives or the U.S. Senate, each of these votes counts equally. Indeed, House seats are reapportioned every 10 years to ensure that each seat has roughly the same number of constituents. But there is one exception to this rule giving each vote the same weight — the presidential election. A vote from California has systematically less power than a vote from North Dakota, or indeed any other state. If we truly believe in one person, one vote, we should rethink how we choose our president.

As a result of the barrage of media reports, investors tend to follow what's popular, and that can lead to distorted market prices that are not based on company fundamentals. “The 'echo chamber' effect of public information can ruin the way the market should function,” Mr. Morgan said.

Aspiring to Succeed: a Model of Entrepreneurship and Fear of Failure

Strategic and Natural Risk in Entrepreneurship: An Experimental Study

How much is a Dollar Worth? Tipping versus Equilibrium Coexistence on Competing Online Auction Sites

Diversity in the Workplace

Contracting for Information under Imperfect Commitment