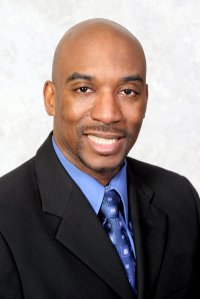 John Moss serves as Managing Partner and General Manager of Interactive Business Technologies, LLC where he directs the operation and sales management of the organization. In this role John provides superior customer service, technology products and technology training for each of IBT’s customers. John is also responsible for ensuring community involvement and has supported such organizations as Students Without Mothers, The Atlanta Day Shelter and Mercy Housing with various donations.
John served in the United States Army for 9 years as a Personnel Service Manager in the 1st Armored Division and U.S. Army Special Forces; he holds a Bachelors Degree in Computer Information Science from DeVry Institute of Technology. While serving in the U.S. Army he received the Army Commendation Medal for meritorious service and he also received various awards from Bellsouth for superior customer service during Hurricane Katrina where he assisted key companies in restoring services to the people of New Orleans. He serves as Educational Chairperson for the Greater Eastside Chamber of Commerce and CompTIA Small Business Council as board member.
His corporate career started as a Technical Analyst with Nationwide Insurance in 1998, he was later asked to work with Qwest Communications to form an Escalations Group as a Telecommunications Manager. He was promoted in 2000 by Qwest Communications to Sr. Project Manager and sent to Atlanta, GA to help with a partnership with Bellsouth Long Distance Company. John then joined Bellsouth Long Distance in 2003 as an Escalations/Service Delivery Manager and later in 2006 as a Project Manager. John ended his corporate career voluntarily in 2008 to pursue his lifelong dream to lead Interactive Business Technologies full-time.
Under John’s leadership, IBT was nominated by Diversity Business as one of the Top 500 Emerging Companies in the US, Best of Gwinnett 2010/2011 by Gwinnett Magazine and certified by the GMSDC. John was also voted to the Who’s Who of Black Atlanta 2010.

Clean Up Your Network and Increase Your Revenues?

Who's Who of Black Atlanta 2010 (professional)

Vote into the Who's Who of Black Atlanta

Best of Gwinnett - IT Services (professional)

John has lead his company in earning the Best of Gwinnett award in IT Services. This award is presented by Gwinnett Magazine each year to the top businesses in the county and is voted on by customers.

How technology has changes our lives and can change your business.

Technology is everchanging, we need to stay on top of the trends in order to be able to stay on top. Let me show you how to make sense of it all.