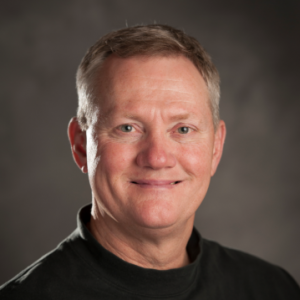 
An expert on Golf and Sports Turf Construction, Renovation and Management

Dr. John N. Rogers, III (Trey) is a Professor of Turfgrass Management in the Department of Plant, Soil, and Microbial Sciences at Michigan State University. He has been on the faculty there since 1988. He is a native of Arkansas and grew up working at Hardscrabble Country Club in Fort Smith, Arkansas. He received a B.S. in Agronomy at the University of Arkansas in 1982 and then returned to be an Assistant Superintendent at Hardscrabble Country Club 1982 1983. He returned to the University of Arkansas and earned M.S. in Agronomy in 1985 and received his Ph.D. in Agronomy from Penn State University in 1988. Since 1988, he has advised and graduated over 1000 students. His current turfgrass research interests at MSU include performance turf renovations, turfgrass establishment and soil modification. He served as the lead scientist for the indoor turf project at the Pontiac Silverdome for the 1994 World Cup Soccer matches and the project leader of the Spartan Stadium turfgrass conversion in 2001-02. He was a turf consultant and project leader for the 2004 and 2008 Summer Olympic Games and the 2008 UEFA Cup. His consultations on golf course, athletic field, and turfgrass matters are extensive throughout United States as well as China, Greece, Japan, Dominican Republic, Argentina, Brazil, Australia, Wales, England, and Spain. His National and International lectures and presentations total over 185 with over 115 publications and one book. He is the senior author of two U.S. Patents. National organizations include the American Society of Agronomy and Crop Science Society of America.

Golf and Sports (aka Performance) turf construction/renovation and management.