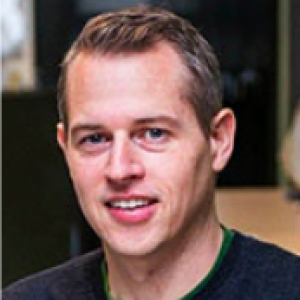 The Role of Geography in Adaptive Radiation

2018 Although the importance of biogeography in the speciation process is well recognized, the fundamental role of geographic diversification during adaptive radiations has not been studied to determine its importance during the adaptive radiation process. We examined the relationship between lineage and regional diversification patterns in the South American rodent subfamily Sigmodontinae, one of the best candidates for an adaptive radiation in mammals, to propose a conceptual framework for geographic transitions during adaptive radiations. We reconstructed a time-calibrated phylogeny from four nuclear genes and one mitochondrial gene for 77% of sigmodontine diversity. Historical biogeography was reconstructed among 14 regions, for which we applied a sliding-window approach to estimate regional transition rates through time. We compared these rate patterns and measured whether regions consisted of species that were more phylogenetically related than expected by chance. Following the initial South American colonization around 7 million years ago, multiple expansions from northern regions correlated with a burst of speciation. Subsequently, both diversification and regional transition rates decreased overall and within the majority of regions. Despite high regional transition rates, nearly all regional assemblages were phylogenetically clustered, indicating that within-region diversification was common. We conclude that biogeographic complexity and partitioning played a profound role in the adaptive radiation of the South American Sigmodontinae (Oryzomyalia), the degree to which is determined by the relative scales of spatial variation and dispersal abilities.

2017 A repeated pattern of American amphitropical disjunct species or sister species distributed on either side of the equator has long‐fascinated botanists, but the modes of these disjunctions remain untested. We evaluated diaspore morphology to generate hypotheses on probable dispersal mechanisms.

2017 We combined new sequence data for more than 300 muroid rodent species with our previously published sequences for up to five nuclear and one mitochondrial genes to generate the most widely and densely sampled hypothesis of evolutionary relationships across Muroidea. An exhaustive screening procedure for publically available sequences was implemented to avoid the propagation of taxonomic errors that are common to supermatrix studies. The combined data set of carefully screened sequences derived from all available sequences on GenBank with our new data resulted in a robust maximum likelihood phylogeny for 900 of the approximately 1,620 muroids. Several regions that were equivocally resolved in previous studies are now more decisively resolved, and we estimated a chronogram using 28 fossil calibrations for the most integrated age and topological estimates to date. The results were used to update muroid classification and highlight questions needing additional data. We also compared the results of multigene supermatrix studies like this one with the principal published supertrees and concluded that the latter are unreliable for any comparative study in muroids. In addition, we explored diversification patterns as an explanation for why muroid rodents represent one of the most species-rich groups of mammals by detecting evidence for increasing net diversification rates through time across the muroid tree. We suggest the observation of increasing rates may be due to a combination of parallel increases in rate across clades and high average extinction rates. Five increased diversification-rate-shifts were inferred, suggesting that multiple, but perhaps not independent, events have led to the remarkable species diversity in the superfamily. Our results provide a phylogenetic framework for comparative studies that is not highly dependent upon the signal from any one gene.