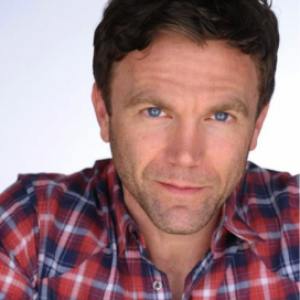 John Todd, a native of the Carolina’s, received his training at North Carolina School of the Arts and The Hungarian State Ballet, both on full scholarship. He has danced with such companies as Houston Ballet, where he received the Michael Wasmund Award for most outstanding dancer, Pacific Northwest Ballet and also as a soloist with Fort Worth Ballet and Hartford Ballet. Mr. Todd was in the original cast of "Movin' Out" on Broadway, and has performed in "The Phantom of the Opera" on Broadway as well as the national tour. Television: “Bourbon Street” (series regular), “Days of Our Lives,” “As the World Turns,” “Sex and the City,” “Ronna and Beverly,” and “Law and Order.” Film: “Jack the Giant Slayer,” “The Muppets,” “Gnomio and Juliet,” “Alpha and Omega,” “Jackass Number Two,” “A Christmas Carol,” “Sironia,” and “Spells” (with John Lithgow).
Mr. Todd was the lead in the Sundance awarded play "The Studio," and has also been fortunate enough to perform in various venues in Europe and England including the role of "Peter Quince" in "A Midsummer Night's Dream" at Sadler's Wells in London and "Romeo" in Shakespeare's "Romeo & Juliet" for German Television. John has also directed and choreographed numerous commercials, industrials, musicals, and has worked on many television and stage shows throughout the world. His most recent Directorial experience includes a new pilot for FOX and “Annie Get Your Gun” for SDMT. Working with such greats as Agnes DeMille, Martha Graham, Nacho Duato, Melissa Hayden, Suzanne Farrell, Twyla Tharp, Robert Zemeckis, and Coppola has taught John a tremendous amount on being well versed in all forms of the Arts.