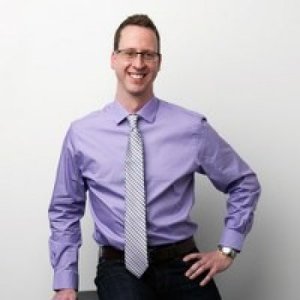 
Dr. Hayes explores how sensations from food and nonfood products drive consumer acceptability, including the role of biology in food choices

2017 While the myth of the tongue map has been consistently and repeatedly debunked in controlled studies, evidence for regional differences in suprathreshold intensity has been noted by multiple research groups. Given differences in physiology between the anterior and posterior tongue (fungiform versus foliate and circumvallate papillae) and differences in total area stimulated (anterior only versus whole tongue, pharynx, and epiglottis), small methodological changes (sip and spit versus sip and swallow) have the potential to substantially influence data. We hypothesized instructing participants to swallow solutions would result in greater intensity ratings for taste versus expectorating the solutions, particularly for umami and bitter, as these qualities were previously found to elicit regional differences in perceived intensity. Two experiments were conducted: one with model taste solutions [sucrose (sweet), a monosodium glutamate/inosine monophosphate (MSG/IMP) mixture (savory/umami), isolone (a bitter hop extract), and quinine HCl (bitter)], and a second with actual food products (grapefruit juice, salty vegetable stock, savory vegetable stock, iced coffee, and a green tea sweetened with acesulfame-potassium and sucralose). In a counterbalanced crossover design, participants (n = 66 in experiment 1 and 64 in experiment 2) rated the stimuli for taste intensities both when swallowing and when spitting out the stimuli. Results suggest swallowing may lead to greater reported bitterness versus spitting out the stimulus, but that this effect was not consistent across all samples. Thus, explicit instructions to spit out or swallow samples should be given to participants in studies investigating differences in taste intensities, as greater intensity may sometimes, but not always, be observed when swallowing various taste stimuli.

2017 The human nose is a very sensitive detector and is able to detect potent aroma compounds down to low ng/L levels. These levels are often below detection limits of analytical instrumentation. The following laboratory exercise is designed to compare instrumental and human methods for the detection of volatile odor active compounds. Reference standards of 3-mercapto-1-hexanol (3MH), a secondary thiol that is important to food quality, are analyzed by gas chromatography with flame ionization detection (GC-FID), and these raw data are provided to students. Students also perform a series of 3-alternative forced choice (3-AFC) sensory tests to determine the human detection limits in a series of samples. For both data sets, 2 methods of data analysis (standard deviation of the response and the slope and signal-to-noise ratio for GC-FID data; forced-choice ascending concentration series method of limits and linear regression for 3-AFC data) will be used to estimate instrumental detection limits and human thresholds. GC-FID and 3-AFC results are then compared by the students to demonstrate the importance of instrumental and human methods for food analysis, and to provide an experiential learning opportunity to critically think through multiple methods of analysis and compare the outcomes of those methods. In completing the laboratory exercise and discussion questions, students will gain an understanding of the advantages and disadvantages of human and instrumental measurements in food analysis, and compare the outcome of common data analysis methods for instrumental and sensory data.

2017 Temporal check-all-that-apply (TCATA) is a rapid method where attributes are actively checked and unchecked to track sensations over time, so that the checked words fully describe the sample in any given moment. Here, we characterize the temporal profiles of sweeteners using TCATA. In two experiments, sweeteners were tested in water at concentrations known to elicit weak to moderate sweetness. Before evaluating the sweeteners, participants (n = ∼125 per experiment) were familiarized with the TCATA method with a guided example using imaginary samples of Kool-Aid. Participants then received 10 ml of each sweetener solution and were instructed to click “start” after he or she finished swallowing the sample. Incidence of six attributes obtained from prior literature—sweet, bitter, metallic, licorice, cooling, and drying—was obtained for 60 s. We observed similarities across temporal profiles of various sweeteners: sweet and bitter occurred first (∼10 s), then metallic and cooling (∼10–25 s), followed by drying much later (30–50 s depending on the stimulus). The presence of side tastes influenced how often “sweet” was endorsed: stimuli with fewer endorsements of side tastes showed more prominent sweetness. Finally, unfamiliar side tastes may lead to a smearing bias where participants check every attribute in an attempt to characterize those unfamiliar sensations.

2017 We sought to determine the influence of selected biological, experiential and psychological variables on self-reported liking and consumption of wine in a sample of 329 Ontario wine consumers.

Sensory Aspects of Bitter and Sweet Tastes During Early Childhood

2017 The flavor of food arises from multiple sensory inputs, including taste, smell, and oral touch. Human preference for food is driven by both biology and previous experience. Hedonic responses for taste and chemesthesis (chemically initiated touch sensations) are generally hardwired, whereas hedonic responses for smell are almost exclusively learned. With time, individuals can also learn to like the initially aversive oral sensations, such as the bitterness of beer or the burn of chili peppers, through a variety of mechanisms. Encouraging the development of healthy eating habits early in life is considered to be an optimal strategy to reduce the risk of diet-related chronic diseases. Over the past 2 decades, much has been written about how individual differences in taste sensation, especially bitterness, may either predispose or prevent a person from making healthy food choices. A related but separate body of work has systematically explored perceptual interactions between various taste stimuli. Unfortunately, these findings are infrequently integrated within the context of eating real foods to consider how they may influence food choice in humans. This article briefly highlights some key findings and attempts to integrate them to provide new insights on how to best encourage appropriate child-feeding behaviors.