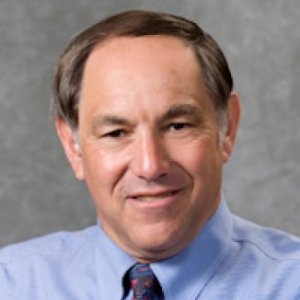 Professor Diamond teaches and writes on torts, criminal and mass media law, and is author of a torts casebook, coauthor of a criminal law casebook and torts treatise. He is a recipient of the Northern California Association of Phi Beta Kappa Excellence in Teaching Award, the Rutter Outstanding Teaching Award, UC Hastings Associated Students and UC Hastings Alumni office Teaching Awards, and has had the honor to be elected by the graduating class to give the faculty commencement address on ten occasions.

Professor Diamond is teaching at UC Berkeley School of Law as a Visiting Professor during the Fall 2018 semester.

Awarded by the Northern California Association of Phi Beta Kappa.

Presented by the Alumni Office of UC Hastings College of the Law.

Law professor John Diamond, who is not involved in the case, said Cutrufelli's lawsuit "does not appear to be very viable at all," if the prosecution's version of events is accurate. "People can bring whatever lawsuits they want, but self-defense, particularly in one's own dwelling, in response to a threat of violence, is appropriate," said Diamond, a Tiburon resident who teaches civil and criminal law at the University of California, Hastings College of the Law, in San Francisco. "If it were another set of facts where the perpetrator had clearly left the scene and was running away and was clearly was not a threat anymore, it could be a different situation."...

An emotional crowd gathered Monday night at UC Hastings School of the Law to honor 1989 graduate Chris Stevens, the U.S. Ambassador to Libya who was killed along with three embassy members in Libya. Professor John Diamond said: "A confident student interested in seeing justice prevail." that was an outlook, he says helped Stevens succeed in foreign service and in his roll helping Libya form a Democracy...

John Diamond, a professor at University of California, Hastings College of the Law, in San Francisco, said forum providers such as Yelp.com are immune from defamation suits, and that anti-SLAPP laws provide some protection for online commentators. But Diamond, who has no knowledge of Henry's case, said reviewers can be held liable if they assert "false facts, not just opinions. They actually have to commit defamations, and that is something that is false and damaging to reputation," said Diamond, a Tiburon resident. "I think what's happened is many more people have a forum now to make comments and have a impact. Previously there haven't been that many opportunities."...

"It was a very effective talk," said Diamond. "It's one thing to study ethics in the abstract, and another thing to have a person come in and talk about how he made a mistake, and describe the impact it had on his children and his family and his ability to make a living."...

"Based on the facts that have come out, this is a clear-cut case of negligence," said John Diamond, a professor at UC Hastings College of the Law in San Francisco. He cited the zoo director's admission that the moat wall around the tiger grotto was only 12 1/2 feet high - 4 feet below national safety standards, and 7 1/2 feet shorter than zoo officials had said it was. "There's no excuse for having an enclosure that does not conform to industry standards and allows a wild animal to escape," Diamond said...

Reviving Lenity and Honest Belief at the Boundaries of Criminal Law

It is a common misconception that there is a line between criminal and innocent conduct that is transparent and fixed. In part, much of criminal law is fluid and elastic, free, if strategically applied, to label conduct as legal or illegal. In some cases, this reflects crimes that are vaguely defined or imprecise. In other cases, the prohibited conduct simply includes what is so conventionally accepted as legal that the criminal label is perceived as inapplicable until a prosecutor chooses to apply it. The problem of a fluid rather than a fixed line for criminality is that prosecutorial discretion becomes central to the application of the state's imposition of criminal sanctions. This Article illustrates, by core examples, how elastic the application of the criminal law can be. It considers remedies that will protect against both good and bad faith abuse without sacrificing the legitimate and central role of prosecutorial discretion. In particular the Article argues for a reinvigoration of the rile of lenity and for the incorporation of the English requirement of dishonesty in theft crimes.

Rethinking Compensation for Mental Distress: A Critique of the Restatement

Compensation for mental distress is the stepchild of tort law. Along with punitive damages, it offers a wildcard to litigants. Cases as renowned as the McDonald's coffee case have stimulated disdain and mockery. Yet since ancient England, with the recognition of the tort of assault, English and American common law, whether happily or not, have embraced compensation for mental distress.

An Ideological Approach to Excuse in Criminal Law

When morality consistently fails to explain certain idiosyncrasies within the criminal law, it is time to reexamine theory and determine if some other principal is in fact guiding the criminal legal concepts. In my article, "The Myth and Morality of Fault in Criminal Law Doctrine", I argue that contemporary criminal law cannot be adequately explained by a morality-based system. I do this by highlighting the criminal law's moral inconsistencies. Furthermore, in a second article, "The Crisis in the Ideology of Crime", I argue that because the criminal law does not require immorality as a prerequisite to criminal condemnation, it is not a morality-based construct, but a mechanism by which society conveys its core ideology.

The Crisis in the Ideology of Crime

In a previous article, I argue that contemporary criminal law can not be fairly characterized as a moral system which condemns blameworthy choices. Instead, to a substantial degree, criminal law punishes transgressions without reference to personal culpability. While traditional strict liability crimes are obvious examples, they are not, as is sometimes argued, merely isolated exceptions to a regime which otherwise requires a culpable mens rea. More generally, the well-accepted principle that ignorance of the law is ordinarily not an excuse, no matter how reasonable, illustrates this proposition. In addition, the prevalence of negligence incorporates references to what a reasonable person should perceive and do without any inquiry into the specific mens rea of the defendant...

Increasingly, television, radio, and the print media have tilted toward exploitative sensationalism in the quest for higher ratings or circulation. The 1990's version of truth or consequences confronts studio guests with unknown same-sex admirers;' network anchors inquire from elderly mothers of public figures the details of privately uttered remarks after promising confidentiality; syndicated current affairs programs highlight lurid details of public figures. Should the law respond differently than it currently does? This essay argues a cautious yes. It also proposes a reform and contrasts it with alternative proposals, including the Annenberg Reform Proposal, proposals by Professor Marc Franklin and Professor David A. Barrett, and the Uniform Correction or Clarification of Defamations Act.

The Myth of Morality and Fault in Criminal Law Doctrine

It is difficult, but very tempting, to justify criminal law in moral terms. The criminal is morally condemnable. Murder, robbery, larceny and kidnapping are repulsive acts against society perpetrated by a culpable actor who chooses to violate fundamental social norms. Under this analysis, the defendant's evil intent should be punished. The criminal is deserving of punishment, and society deserves to be protected from the criminal's conduct.

The confusion generated by the doctrine of assumption of risk is illustrated by the contradicting responses to the following hypothetical: An apartment complex hires an expert to repair an elevated installed air-conditioning unit. The expert acknowledges that the ladder attached to the building is poorly located, but, after an arguably reasonable evaluation of the situation, proceeds anyway. The expert is injured in the fall attributable in part to the negligently installed ladder. Should the repair expert obtain full, partial, or no recovery against the apartment complex? All three answers currently exist in American tort law.

Confusion exists in the courts over when to impose liability on media defendants are regularly subjected to claims of defamation, invasion of privacy, and sometimes intentional infliction of emotional distress, claims of liability for physical injuries caused by media publication have most often been rejected over concern about infringing on first amendment protection. Courts have inappropriately denied liability to failing to differentiate among kinds of media liability cases and by failing to analyze them as they would other similar tort cases.

The Supreme Court's recent decision on defamation law, Philadelphia Newspapers v. Hepps is far more intriguing for the questions it leaves open, than for its narrow holding. In Hepps, the Court held that "the common-law presumptions that defamatory speech is false cannot stand when a plaintiff seeks damages against a media defendant for speech of public concern." Consequently, in such cases, the plaintiff bears the burden of providing that the defamatory speech is false in order to recover damages. A state cannot place the burden of proving the truth of allegedly defamatory statements on the defendant...

Although kidnapping is an infamous crime, perceived by the public with both dread and morbid curiosity, and the subject of fine literature,' it is also a crime that has eluded meaningful definition.' The common law offense is now codified in state penal laws, but the language in these statutes is frequently ambiguous and potentially overbroad.

Dillon v. Legg Revisited: Towards a Unified Theory of Compensating Bystanders and Relatives for Intangible Injuries

In its 1968 decision of Dillon v. Legg, the California Supreme Court rejected the majority rule and permitted a bystanders who had not been in the zone of physical danger to be compensated for negligent infliction of mental distress. The court held that the defendant owed a duty to all foreseeable plaintiffs, and enunciated three guidelines to help courts measure foreseeability...

Since the concept of strict products liability was introduced by Justice Traynor in Greenman c. Yuba Power Products, Inc., courts have struggled to define what standards should govern imposition of such liability. In cases alleging improper design, the struggle has centered on the definition of "defective" design. The varied responses stem in part from continued judicial attempts to incorporate warranty and negligence theories into purported strict liability standards. This mixed tradition is reflected in section 402A of the Restatement (Second) of Torts which defines "defect" using both negligence concept of unreasonably dangerous defect and the warranty standard of the ordinary consumer's expectations.