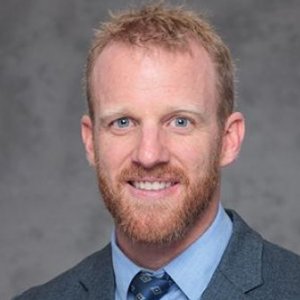 At SUU, Dr. MacLean serves as chair of the university’s general education committee, director of the Bachelor of Interdisciplinary Studies Program, and is a provost faculty fellow. He has also served as academic coordinator for SUU’s Semester in the Parks initiative, an outdoor study program that takes students into the National Parks to live and learn.

After completing a bachelor’s degree in geology at Furman University, Dr. MacLean earned a master’s degree in earth science at Syracuse University, and a Ph.D. in geosciences at University of Montana. Before joining SUU in 2002, he worked in the oil and gas industry in Texas, and in the environmental consulting industry in Montana. 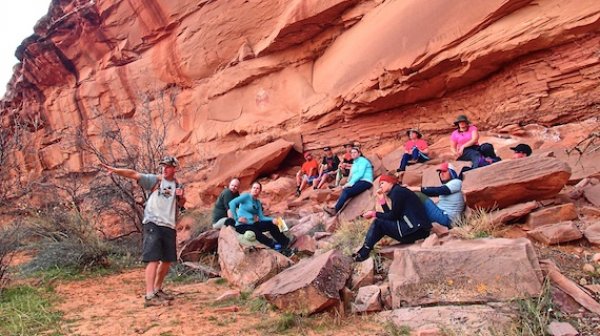 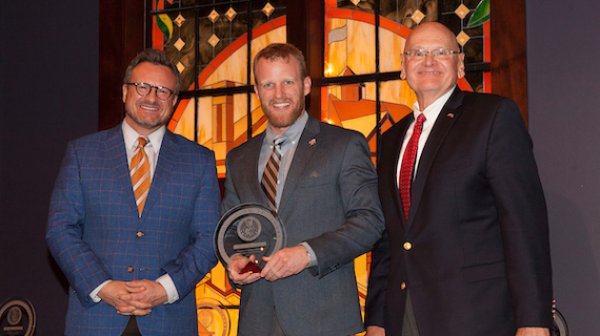 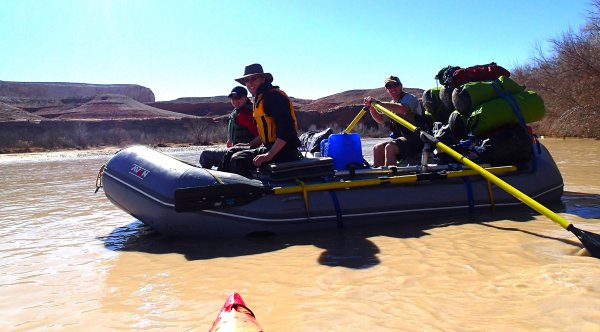 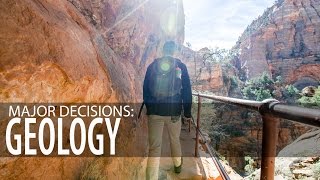 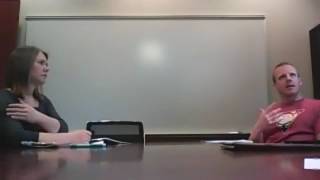 Thunderbird Award for SUU Faculty of the Year

“It’s better to light a candle than to curse the darkness.” That’s the quote Johnny MacLean read to 350 students, faculty and staffers Wednesday evening at Southern Utah University in honor of the victims of the Las Vegas shooting and in support of their friends and family.

The semester will also include weekend trips to Zion National Park, Arches National Park, Capitol Reef National Park, the Grand Canyon and Great Basin National Park, academic coordinator Johnny MacLean said. He stressed the program isn't about "vacation and sightseeing," but is meant to give students with interest in a future in Utah's outdoor industry a chance to take advantage of the state's geography in an unprecedented way...

SUU assistant geology professor Johnny MacLean, who will be teaching a course entitled "Geology of National Parks," said the program was designed with a greater intent than just meeting course requirements. “We’re mostly hoping the students see how complex systems are and national parks provide this great venue to see that complexity,” MacLean said. “We’re hoping this immersive experience really allows for deep and integrative learning. I think it will be a wonderful opportunity for students to learn about problems and questions within the real world.”

Through this S-STEM project, Southern Utah University (SUU) is recruiting and sustaining a cohort of financially needy and academically talented students in the STEM disciplines.

The Mesoproterozoic–Neoproterozoic sedimentary succession of the eastern part of the Siberian Craton consists of several unconformity-bounded, kilometer-scale siliciclastic-carbonate cycles. The overlying Lower Cambrian rocks are often compositionally similar to the uppermost units of the Neoproterozoic succession.

Insights into the Late Quaternary Paleoenvironment of Northwestern Arizona

2015 Because of the nature and process of precipitation, tufa deposits offer the potential to serve as sedimentary signatures of hydrology, climate, ecology, and biodiversity in areas otherwise lacking such historic archives. This study investigated a previously undocumented tufa site located in northwestern Arizona. Field mapping, X-ray diffraction, and thin-section analyses revealed a wedge-shaped deposit ...

2014 Past observations of Mars have led scientists to believe that tectonic kinematics stopped early in its planetary development. Recent exploration of Mars has led to new theories that support an active tectonic regime on the Tharsis rise. With the advancement of new satellite imagery and technologies such as Thermal Emission Imaging System, High Resolution Imaging Science Experiment satellite ...

A general education course for non-science majors. The basic principles of geology are introduced here by examining geologic hazards including earthquakes, volcanoes, and landslides.

A general education course for both non-science and science majors, geared to the needs of elementary and secondary teachers. Course includes descriptions and explanations of the unique geology of America’s western national parks with an emphasis on landscape interpretation and process understanding. Includes detailed information on Utah’s parks.

An introduction to earth systems (external and internal) and materials and first course for geology majors. The interrelated nature of these systems is an integral part of the curriculum.

A general education course of both non-science and science majors, geared to the needs of elementary and secondary teachers. Emphasis is placed on the geologic evolution and stratigraphy of the Colorado Plateau and the Great Basin.

An introduction to the role and scope of geological processes in light of contemporary environmental issues. Three lectures per week.

A global study of plate tectonics as a unifying solid-earth theory emphasizing the definition of plate boundaries, motions, and driving forces and the analysis of ancient and current plate motions.

Fundamentals of descriptive, kinematic and dynamic analysis of structures within the Earth’s crust and a theoretical treatment of stress and strain.

A five-week intensive course in geologic mapping and field investigation.