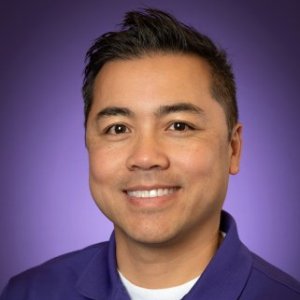 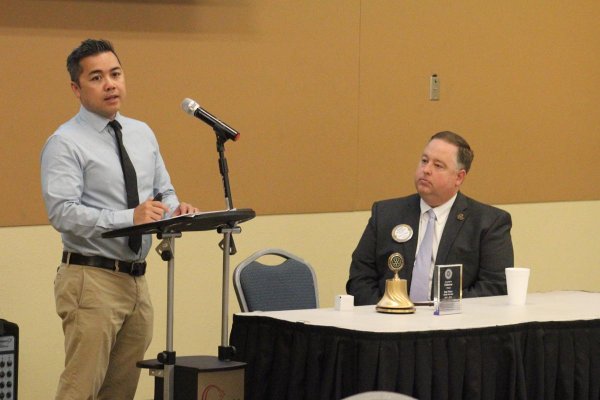 Johnny Nhan is an associate professor and graduate director in the Department of Criminal Justice at Texas Christian University.

Nhan's research has focused primarily on technology and policing, ranging from issues of cyber security to police culture and collaborative security networks. His first book, published in 2010, Policing Cyberspace: A Structural and Cultural Analysis, examined cyber policing task forces in California. His latest book, published in 2019, Issues and Controversies in Policing Today, looks at 21st century policing issues ranging from academy and field training to surveillance and LGBTQ officers.

Nhan has worked collaboratively and published research projects in the past several years, focusing primarily on cyber and high-tech crimes, applying theoretical models towards empirical data collected from sources ranging from policing organizations and security corporations to Internet vigilante groups. In 2015, Nhan with Laura Huey, Ph.D. at the University of Western Ontario and Ryan Broll, Ph.D. from the University of Geulph, were among the first researchers to publish on crowdsourcing criminology in their article, “Digilantism: An Analysis of Crowdsourcing and the Boston Marathon Bombings,” which examined the actions by online Internet communities and members of the general public during a critical incident. Another article published with Huey, “‘Uppity civilians’ and ‘cyber vigilantes’: The role of the general public in policing cyber crime,” analyzed Internet message board data to examine citizen efforts against sexual predators.

Future research will further examine the intersectionality of police and technology, including the impact of social media on policing. Nhan also is currently working with police and private security agencies in the Dallas-Fort Worth area to develop applicable leadership and policies for the future of policing.

Teachers packing heat: It's one thing to carry a gun. It's another to pull the trigger

Antonio Orozco, an ordained minister of 30 years, is at peace preparing Texas teachers to carry out violence to stop violence. "I have no qualms about using firearms to defend a life of a child or another person," the 67-year-old grandfather from Houston said. "It goes contradictory to what I'm doing, but the facts on the ground dictate to take action."

An Oklahoma City police officer was charged Tuesday with second-degree murder in the fatal shooting of a suicidal man who had doused himself in lighter fluid and was trying to set himself on fire.

Online Sleuths Are Outing Racists, But Should They?

Shortly after last Saturday’s white nationalist march through Charlottesville, outraged internet users took to social media to call out some of the participants in the march. Daily News writer Shaun King tweeted photos of suspects in some violent attacks, including names and addresses shared by sources.

An inaugural class of 14 students received a Master of Science in Criminal Justice and Criminology from TCU’s online criminal justice master’s program. Johnny Nhan, director of the online master’s program, said members of the program typically already have real-world experience.

Recent social unrest across the country protesting the police shooting death of Michael Brown in Ferguson and the police chokehold death of Eric Garner in New York has reopened wounds and revealed deeply rooted tensions between citizens and police, especially in ethnic minority communities.

Digilantism: An Analysis of Crowdsourcing and the Boston Marathon Bombings

The British Journal of Criminology

2017 This paper explores the aftermath of the Boston Marathon bombing incident and how members of the general public, through the online community Reddit, attempted to provide assistance to law enforcement through conducting their own parallel investigations. As we document through an analysis of user posts, Reddit members shared information about the investigation, searched for information that would identify the perpetrators and, in some cases, drew on their own expert knowledge to uncover clues concerning key aspects of the attack. Although it is the case that the Reddit cyber-sleuths’ did not ultimately solve this case, or provide significant assistance to the police investigation, their actions suggest the potential role the public could play within security networks.

The reentry labyrinth: The anatomy of a reentry services network

2016 Difficulties of returning prisoners to society have been well documented in research the last few decades. This article looks at reentry programs and finds very few standardized programs and brought up many practical issues exoffenders face upon reentry. We examine a nonprofit regional reentry program in North Texas in order to better understand the number and nature of services available and the difficulties the organizations face and its potential impact on former inmates. We use Texas ReEntry Services (TXRS) data located in Fort Worth, Texas, as a starting point for mapping the reentry landscape, including client information in order to identify variables that affect obtaining resources, such as transportation. Finally, we discuss the potential impact of this networked arrangement on policy and recidivism.

‘Uppity civilians’ and ‘cyber-vigilantes’: The role of the general public in policing cyber-crime

2012 The distributed nature of the Internet requires that security issues be addressed through collaborative efforts within and across various sets of public and private actors. Drawing on nodal governance theory, this article explores one aspect of the role that the general public can and does play in the field of cyber-security: civilian policing of the Internet. In particular, we examine the motives and actions of regular citizens, who use their computer skills to identify, track and collect information on the activities of suspected criminal offenders. Whereas some groups use such information to engage in vigilante acts, the groups that we study work cooperatively with police, collecting information to pass onto criminal justice agencies. We suggest that these collectives and their members are a potentially useful, if under-valued, component of cyber-security networks.