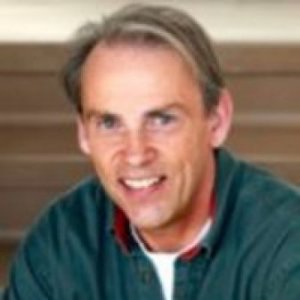 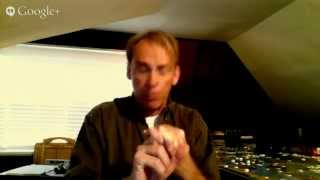 John T. Harvey has been a Professor of Economics at Texas Christian University since 1987, after earning his Ph.D. in Economics that year from the University of Tennessee. He specializes in international economics (particularly exchange rates), macroeconomics, history of economics, and contemporary schools of thought. Dr. Harvey’s work combines analyses rooted in the scholarly traditions of John Maynard Keynes and Thorstein Veblen with that of modern psychology to produce a set of new theories to explain international monetary economics, including not only exchange rates but also world financial crises.

Dr. Harvey has published over thirty refereed publications, edited two volumes, and received a number of teaching awards. In 2010, Dr. Harvey published a book titled Currencies, Capital Flows and Crises (Routledge), which presented a Post-Keynesian explanation of exchange rate determination based on the premise that it is financial capital flows and not international trade that represents the driving force behind currency movements.

The Senate Resolution To Condemn MMT: Here Are Some Better Candidates For Condemnation

I can hardly believe that I am typing this. A resolution has been forwarded in the Senate to condemn an economic theory: “Recognizing the duty of the Senate to condemn Modern Monetary Theory and recognizing that the implementation of Modern Monetary Theory would lead to higher deficits and higher inflation.” I guess on the one hand that we should be happy that anyone is even aware of Post Keynesian economic theory. Scholars in this area have toiled largely in vain for going on a century (marking Keynes’ General Theory in 1936 as the starting point). So maybe there’s no such thing as bad publicity???

My own personal favorite indicator is Real Gross Private Domestic Investment. Such spending tends to drive the rest of the macroeconomy and though it's possible to have a dip in Real Gross Private Domestic Investment without a recession resulting, only once since World War Two has a recession not been preceded by such a decline (the July 1981 to November 1982 self-inflicted Volcker Recession). Currently, this series shows signs of slowing, but it is not declining. When that happens, I'll be worried.

What was one of the most interesting things that you discovered through your research? The importance of psychological factors in both the currency market and in creating macroeconomic expansions and recessions. I knew these were issues but didn’t realize their importance until I built a computer model of the business cycle some years ago. It really didn’t work until I let people’s swings between optimism and pessimism play a larger role (especially in the particular manner described by John Maynard Keynes). It caused me to shift my thinking, which shows how valuable modeling a phenomenon can be.

2018 Post Keynesians should not be afraid to teach what they believe represents the best explanation of macroeconomic fluctuations. Our colleagues in the mainstream certainly are not and, realistically speaking, it is hard to imagine that any student would be handicapped by not having had a full dose of IS-LM, the accelerationist hypothesis, Phillips Curves, and so on. Furthermore, there may not be a more opportune time to introduce post Keynesianism to undergraduate students with Neoclassicals still recovering from their inability to explain the financial crisis. This article argues for a post Keynesian-focused intermediate macroeconomics and offers a sample plan. It reviews the state of post-financial crisis mainstream macro teaching and references pedagogical literature in showing how a post Keynesian transformation and reorganization can be made most effective.

2017 One would have thought that the financial crisis would have served as a decisive empirical test, separating the wheat from the chaff. Instead, very few schools of thought have shifted their positions. Part of the reason is no doubt because, as Einstein once said, theory determines what we see (Salam 1990, p. 99). To illustrate this point while at the same time educating students about the Greek financial crisis, this paper outlines a classroom lesson built around two competing graphical analyses of exchange rates and the balance of payments: the Monetary model and the post-Keynesian open-economy/Z-D model. Each one offers an internally consistent explanation of developments in the peripheral EU countries, but suggests a different cause and solution. The paper will show how variations in method lead members of these schools of thought to believe they are witnessing phenomena that validate their mutually inconsistent analyses.

2016 Post Keynesian economics is based on the economics of John Maynard Keynes. Unlike Keynesianism, it does not rely on rigidities or imperfections to explain less-than-full employment, a condition that they argue is the rule rather than the exception. One key implication of this is that Post Keynesians do not view economics as being the science of scarcity. In the real world, our most difficult challenge is related to the pervasive and chronic abundance of one particular resource: labor. The consequences of this abundance are significant, widespread, and avoidable. This article explains how they come to such a conclusion.