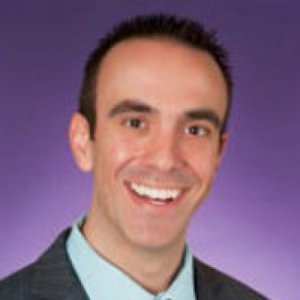 
Johny Garner does research into how organizations are structured and the dynamics within them.

Organizational Dynamics in Churches and other Nonprofit Organizations

2019 This study sought to explore potential differences in organizational dissent seen as troublemaking and dissent seen as problem-solving. Participants completed open-ended items that measured perceptions of others’ dissent. Results revealed two key attributions that dissent audiences make: principled versus personal advantage dissent and appropriate versus inappropriate dissent. Results also demonstrated nuance in connecting dissent expressions and others’ perceptions of dissenters. Finally, the study draws attention to one aspect of residual communication, which includes communication about dissenters after they have expressed disagreement and which defines the context for future dissent.

Tensions of Narrative Ownership: Exploring the Rise of (Counter) Narratives during the Fall of Mars Hill Church

2018 When Mars Hill Church came under fire for unethical activities, current and former parishioners began to share their stories of membership in and exit from the infamous mega church. In this study we explored the communicative space between the dominance of an organizational master narrative and the rise of a prevailing counter narrative, that is, the struggle for narrative ownership. Our thematic analysis of blogs featuring members’ and leaders’ stories and archival church documents revealed two tensions that members experienced in the struggle for narrative ownership: silence–voice and isolation–community. Ultimately, findings from this study extend Fisher’s Narrative Paradigm, situating narrative fidelity and probability as most useful not for evaluating the epistemic quality of stories but for explaining their resonance with a particular audience.

Untangling the Processes of Leaving a Member-Abusive Organization

2017 Prior to its dissolution, Mars Hill, a former megachurch, developed a reputation for abuse and dictatorial control, creating an organizational environment from which many sought to exit. However, for those members desiring to leave, exit was far from straightforward. Our interpretive analysis of former members’ stories revealed tension as Mars Hill cast out members who wanted to stay (involuntary exit) while pressuring those who wanted to leave (involuntary staying). Former members used a form of faith-based reasoning (spiritual rationality) to manage this tension. Finally, members described ways they simultaneously experienced identification and disidentification with the organization in the face of abuse and control, a phenomenon we characterize as uncoupled identification. We discuss these findings in light of the literature on employee-abusive organizations and identification.