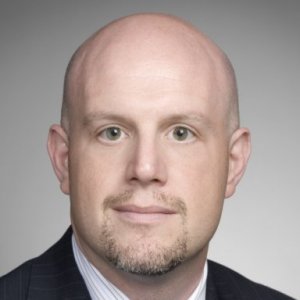 As a partner at Cleveland’s Meyers, Roman, Friedberg & Lewis, I provide proactive and results-driven solutions to employers’ workforce problems.

I concentrate my practice in the representation of companies in employment disputes. My recent victories include defeating certification of a wage and hour class action, obtaining summary judgment in a discrimination and retaliation lawsuit, and obtaining a jury verdict in a theft of trade secrets case. I also serve as an “outside in-house counsel” for businesses that lack an in-house labor & employment attorney, drafting policies, auditing HR practices and procedures, and advising companies on day-to-day HR issues.

I am the author of the nationally recognized and award winning Ohio Employer’s Law Blog, which the ABA Journal commended as one of the top 100 legal blogs for the past six years and which it inducted into its Blawg Hall of Fame in 2015. Workforce.com also publishes me as one of its featured bloggers, as The Practical Employer.

I parlayed my experience as an early adopter of social media to edit and co-author the book Think Before You Click: Strategies for Managing Social Media in the Workplace. My second book, titled The Employer Bill of Rights: A Manager’s Guide to Workplace Law, was published in 2012.

I lecture nationally on employment law and social media issues, and have been quoted in publications such as the Wall Street Journal, MSNBC.com, Business Insurance Magazine, Crain’s Cleveland Business, and the Cleveland Plain Dealer. I also appeared as a guest on Fox Business's Stossel, NPR's Morning Edition, and WCPN’s The Sound of Ideas, discussing various employment law issues.

I am also an Ohio SuperLawyer in the area of Employment Law.

Lastly, I appeared on a November 1999 episode of Who Wants To Be A Millionaire, but sadly lacked the fastest fingers.

Think before You Click! Practical & Legal Guidance to Effectively Manage Social Media in the Workplace

Think before You Click! Practical & Legal Guidance to Effectively Manage Social Media in the Workplace

Social media, e-mail and the Web have created a myriad of new legal risks for employers. HR and legal staff may be asked to determine the line between prudent monitoring and invasion of privacy – but where is that line? This talk discusses the new and emerging risks created by the era of social media and explains best practices to protect your company.