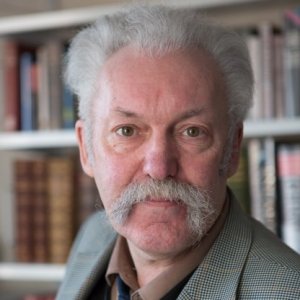 
Experienced, dynamic speaker on the Cornish Language and Applied Linguistics. 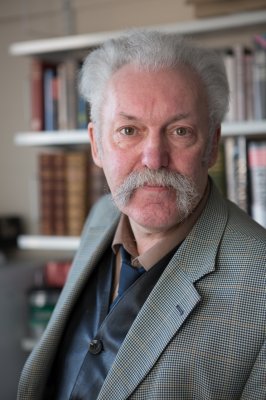 at the University of Kent

at the University of Luton

Dr Jon Mills appeared on the popular BBC programme, The One Show,

Dr Jon Mills appears with Alistair McGowan on BBC's The ONE Show, talking about the Cornish dialect.

Genocide and Ethnocide: The Suppression of the Cornish Language

Lexicon Based Critical Tokenisation: An Algorithm

Depiction of Tyranny in the Cornish Miracle Plays

The Cornish miracle plays were written in the Cornish language in the late 15th and early sixteenth centuries. On the surface, these plays might appear to merely relate stories from the Bible and the lives of certain Saints. Underneath, however, lies a smouldering resentment of the tyranny and genocide following brutal repression of two popular uprisings: the 1497 rebellion against Henry VII’s poll tax and the rebellion 4 months later in support of Perkin Warbeck’s claim to the throne.

The Celtic philologist, Edward Lhuyd (1660 - 1709) was possibly the first qualified scholar to make a serious study of the Cornish language. In fact he spent four months in Cornwall, in 1700, learning Cornish. Lhuyd's Archaeologia Britannica contains "A Comparative Etymology" and "A Comparative Vocabulary...". An important feature of Lhuyd's work is his orthography. He devised his own phonetic script, based on an extended Latin alphabet and use of diacritics.

It has been understood for decades that language and thought are closely related. If one accepts that the thoughts that we construct are based upon the language that we speak and the words that we use, then it follows that the language that we speak influences the way that we think. This talk demonstrates through examples how Cornish entails its own particular world view in the way that its structures its lexis, morphology and syntax.

Genocide and Ethnocide: The Suppression of the Cornish Language

This paper investigates the relationship between the Cornish language and officialdom over the past thousand years. The social status of Cornish is examined along with attitudes towards the language held by monarchy, government and their agencies. During the middle-ages, Cornish was relatively stable and indeed enjoyed some prestige amongst the gentry who used Cornish as their preferred language for family mottoes. However, following the Tudor accession, the number of Cornish speakers was greatly reduced following the brutal repression of several popular uprisings when a significant proportion of the Cornish speaking population were exterminated. During the 17th and 18th centuries, Cornish continued to be used amongst the poor in Cornwall's fishing communities. The revival of Cornish began around 1900 and the number of speakers grew throughout the 20th century. Nevertheless, the government and state education system provided no support for Cornish language learners until 2002 when the European Union granted Cornish official "minority language" status under Part II of the 1992 Council of Europe Charter for Regional and Minority Languages. In 2005, the government confirmed modest funding support for the Cornish language. Local government in Cornwall are currently implementing a Cornish language strategy to determine a standard written form for Cornish that can be used for official purposes, such as signage, and for education in schools.