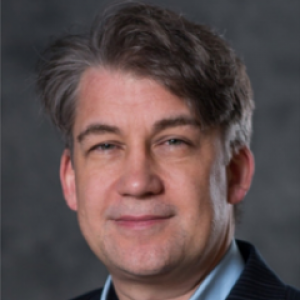 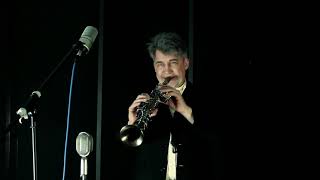 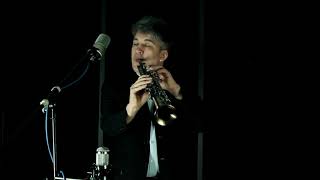 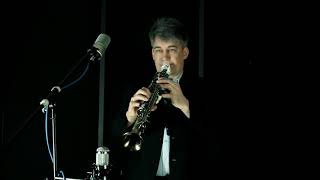 "We don't want cumbersome gear to distance the student from the immersion," explained Jonas Braasch, School of Architecture associate professor, an expert in acoustics...

According to CCC Director Jonas Braasch, PhD, it’s a matter of connecting people in a meaningful way, while enabling them to access something that might otherwise be out of reach. “There’s a need to have the tools to express yourself in an artistic sense, a desire to be creative,” he said, which is true for all of us, disabled or not. He and his teammates are looking to fill that need...

Noisy Humans Drown Out Sounds of Nature in Protected Areas

Jonas Braasch, a musicologist at the Rensselaer Polytechnic Institute who studies the psychology of sound, recently found that office workers listening to the burble of a flowing mountain stream while taking tests not only performed better, but also reported feeling more positive about their surroundings, compared with those who listened to normal office noise or a background recording of white noise.

Scientists from the Rensselaer Polytechnic Institute in New York have found that the sounds of nature — from babbling brooks to tweeting birds to the wind in the trees — helps us concentrate, de-stress, and boosts our mood.

2015 When a pair of sounds arrive from different directions with a sufficiently short delay between them, listeners hear a perceptually fused image with a perceived location that is dominated by the first arriving sound. This is called the precedence effect. To test the limits of this phenomenon, 200-ms noise stimuli were presented over headphones to model a temporally overlapping direct sound (lead) with a single reflection (lag) at inter-stimulus intervals (ISIs) of 0-5 ms. Lag intensity exceeded that of the lead by 0-10 dB. Results for 16 listeners show that lateralization shifted from the position of the lead towards the lag as lag level increased. Response variability also increased with lag level. An oscillatory pattern emerged across ISIs as lag level increased, to a degree that varied greatly between listeners. Analysis of modeled binaural cues suggests that these oscillatory patterns are correlated with ILDs produced by the physical interference of lead and lag during the ongoing portion of the stimulus, especially in the 764-Hz frequency band. Different listeners apparently weighted cues from the onset versus ongoing portions of the stimulus differently, as evidenced by the varying degree of influence the ongoing ILD cues had on listeners' perceived lateralization.

2016 The purpose of this study was to gather behavioral data concerning the precedence effect as manifested by the localization-dominance of the leading elements of compound stimuli. This investigation was motivated by recent findings of Shackleton and Palmer [(2006). J. Assoc. Res. Otolaryngol. 7, 425-442], who measured the electro-physiological responses of single units in the inferior colliculus of the guinea pig. The neural data from Shackleton and Palmer indicated that processing of binaural cues like those relevant to understanding localization dominance is greatly affected by internal, neural noise. In order to evaluate the generality of their physiological results to human perception, the present study measured localization dominance so that behavioral responses within and across sets of samples (i.e., tokens) of frozen noises could be compared. Conceptually consistent with Shackleton and Palmer's neural data, the variability of perceived intracranial lateral positions produced by repeated presentations of the same tokens of noise was greater than the variability of intracranial lateral positions measured across different tokens of noise. This was true for each of the four individual listeners and for each of the 72 stimulus conditions studied. Thus, measured either neuro-physiologically (Shackleton and Palmer, 2006) or behaviorally (this study), the import of within-listener variability appears to be a general, intrinsic aspect of binaural information processing.

2013 A number of precedence-effect models have been developed to simulate the robust localization performance of humans in reverberant conditions. Although they are able to reduce reverberant information for many conditions, they tend to fail for ongoing stimuli with truncated on/offsets, a condition human listeners master when localizing a sound source in the presence of a reflection, according to a study by Dizon and Colburn [J. Acoust. Soc. Am. 119, 2947–2964 (2006)]. This paper presents a solution for this condition by using an autocorrelation mechanism to estimate the delay and amplitude ratio between the leading and lagging signals. An inverse filter is then used to eliminate the lag signal, before it is localized with a standard localization algorithm. The current algorithm can operate on top of a basic model of the auditory periphery (gammatone filter bank, half-wave rectification) to simulate psychoacoustic data by Braasch et al. [Acoust. Sci. Tech. 24, 293–303 (2003)] and Dizon and Colburn. The model performs robustly with these on/offset truncated and interaural level difference based stimuli and is able to demonstrate the Haas effect.