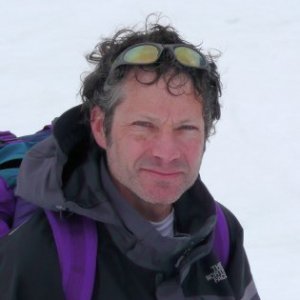 Professor of Glaciology | University of Bristol

Jonathan Bamber is Professor of Glaciology and Director of the Bristol Glaciology Centre at the
University of Bristol. He is an expert on the ice sheets covering Antarctica and Greenland - and their
contribution to sea level. He also has more than 35 years’ experience of remote sensing, mapping,
monitoring, and recording the shifts in land ice patterns across the polar regions.

He has published extensively in the general field of geodesy, covering the mapping of the surface
topography of the Earth, sea level variations in time and space, and measuring mass exchange
between the land and oceans due to melting of land ice and the hydrological cycle. Jonathan has
published more than 180 peer-reviewed journal articles on these topics and has been acknowledged
as a Highly Cited Researcher for the last two years by the Institute for Scientific Information. In 2019
he was elected a Fellow of the American Geophysical Union, the only non-North American recipient
in his science discipline. He has also served as President of the European Geosciences Union. In 2020, the government of the British Antarctic Territory named a glacier after Bamber in recognition of his contribution to Antarctic research. 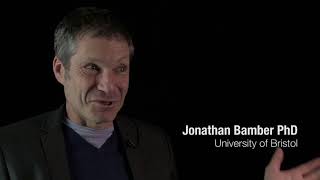 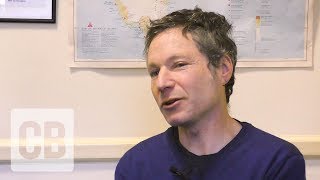 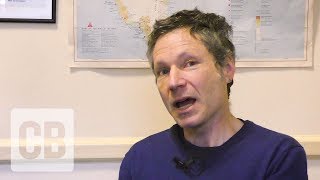 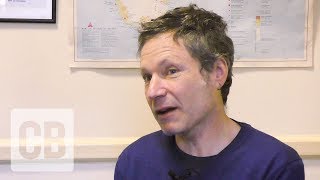 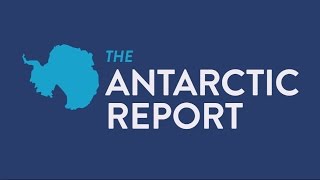 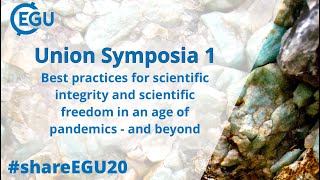 Hundreds of millions of people worldwide are at risk of losing their homes as entire cities sink under rising seas over the next three decades, according to researchers.

Antarctica is further from civilization than any other place on Earth. The Greenland ice sheet is closer to home but around one tenth the size of its southern sibling. Together, these two ice masses hold enough frozen water to raise global mean sea level by 65 meters if they were to suddenly melt. But how likely is this to happen?

Global sea levels may rise more than two metres by 2100

“The results were worse than we anticipated”, lead researcher Jonathan Bamber, from the University of Bristol told The Independent. If emissions continue to grow unchecked in the “business as usual” scenario, global temperatures could increase by 5°C by 2100, the report states.

Prof Jonathan Bamber is a professor of glaciology at the University of Bristol and the current president of the European Geosciences Union (EGU). He was the director of the Bristol Glaciology Centre from 2010-14 and is the founder and former editor-in-chief of The Cryosphere, a scientific journal.

You may not think of it when you fly over, but beneath all that ice is a hidden terrain of bedrock. Jonathan Bamber from the University of Bristol has been trying to understand what that bedrock looks like. He pulled together a vast amount of data, collected by research airplanes that have been zigzagging over Greenland for the past 40 years.

2020 We present the results of mapping the limit of the tidal flexure (point F) and hydrostatic equilibrium (point H) of the grounding zone of Antarctic ice shelves from CryoSat-2 standard and swath elevation data. Overall we were able to map 31 % of the grounding zone of the Antarctic floating ice shelves and outlet glaciers. We obtain near-complete coverage of the Filchner–Ronne Ice Shelf.

2020 The ESA Earth Explorer CryoSat-2 was launched on 8 April 2010 to monitor the precise changes in the thickness of terrestrial ice sheets and marine floating ice. To do that, CryoSat orbits the planet at an altitude of around 720 km with a retrograde orbit inclination of 92∘ and a quasi repeat cycle of 369 d (30 d subcycle).

2020 The conventional sea level budget (SLB) equates changes in sea surface height with the sum of ocean mass and steric change, where solid‐Earth movements are included as corrections but limited to the impact of glacial isostatic adjustment. However, changes in ocean mass load also deform the ocean bottom elastically.

2020 Pine Island Glacier has contributed more to sea level rise over the past four decades than any other glacier in Antarctica. Model projections indicate that this will continue in the future but at conflicting rates. Some models suggest that mass loss could dramatically increase over the next few decades, resulting in a rapidly growing contribution to sea level and fast retreat of the grounding line, where the grounded ice meets the ocean.

Can We Resolve the Basin‐Scale Sea Level Trend Budget From GRACE Ocean Mass?

2020 Understanding sea level changes at a regional scale is important for improving local sea level projections and coastal management planning. Sea level budget (SLB) estimates derived from the sum of observation of each component close for the global mean.