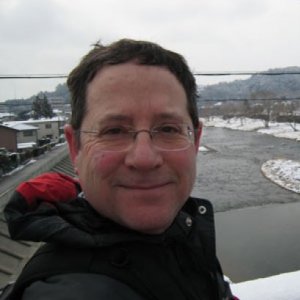 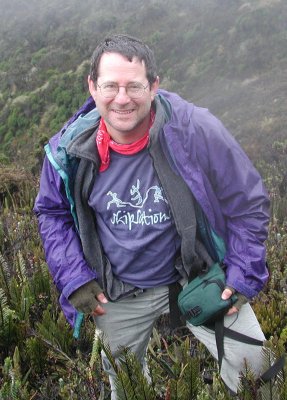 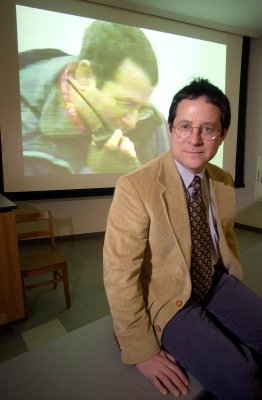 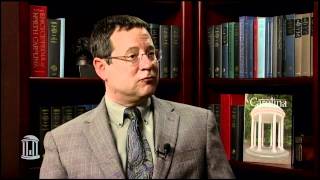 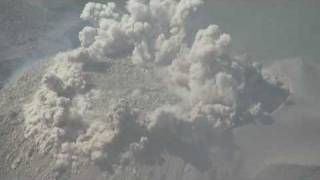 Professor Lees' (chair of the Department of Geological Sciences in UNC's College of Arts and Sciences) main research program is directed at geophysical characterization of active fault zones, active volcanoes and active geothermal systems. His field projects include Mt. St. Helens; Iceland (2005); Karymsky, Kamchatka; Stromboli/Etna, Ecuador (2004 and 2005), Southern California, Iceland Sifkra, Guatemala (2007), Chile and Japan. A primary focus is given to regions where the dynamics of the subsurface can be explored structurally, geologically and physically. These geologic areas have immense impact on our environment, from the perspective of geologic hazards and associated social implications and in terms of long term global change. He teaches courses including "Introduction to Seismology Inverse Theory," "Advanced Seismology," "Signal Analysis," "Active Tetonics," "Volcanoes, "Data Analysis in the Earth Sciences" and "Global Plate Tetonics."

Eerie 'X-Files' Sounds Recorded from the Edge of Space

Waite and his collaborators, including Jeffrey B. Johnson, an assistant professor of geosciences at Boise State University, and Jonathan Lees, a professor of geological sciences at the University of North Carolina at Chapel Hill, are cooperating with the Guatemalan government as well as those in other countries where they have studied volcanoes to help them predict and prepare for potentially hazardous eruptions...

"Compared to the earthquake that destroyed much of Haiti, the scale of disaster in Christchurch may seem small," added geoscientist Jonathan Lees at the University of North Carolina at Chapel Hill and editor-in-chief of Seismological Research Letters. "Christchurch, however, was constructed using much better technology and engineering practices, raising a very sobering alarm to other major, high density western urban centers."...

"We don't have a lot of earthquakes, so we don't know a lot about them," said Jonathan Lees, a professor of geological sciences at UNC Chapel Hill. "If they are not talking to us, it is hard to investigate."...

Will Volcanic Ash in the Air Affect Climate?

The ash flow from that eruption spread around the world in a few days, said Professor Jonathan Lees of the University of North Carolina-Chapel Hill. "There was enough material in the atmosphere to cause the average temperature of the Earth to go down one degree."...

Journal of Parallel and Distributed Computing

2016 Current geophysical techniques for visualizing seismic activity employ image reconstruction methods that rely on a centralized approach for processing the raw data captured by seismic sensors. The data is either gathered manually, or relayed by expensive broadband stations, and then processed at a base station. This approach is time-consuming (weeks to months) and hazardous as the task involves manual data gathering in extreme conditions. Also, raw seismic samples are typically in the range of 16–24 bit, sampled at 50–200 Hz and transferring this high fidelity sample from large number of sensors to a centralized station results in a bottleneck due to bandwidth limitations. To avoid these issues, a new distributed method is required which processes raw seismic samples inside each node and obtains a high-resolution seismic tomography in real time.

Infrasound recorded in the middle stratosphere suggests that the acoustic wavefield above the Earth's surface differs dramatically from the wavefield near the ground. In contrast to nearby surface stations, the balloon-borne infrasound array detected signals from turbulence, nonlinear ocean wave interactions, building ventilation systems, and other sources that have not been identified yet. Infrasound power spectra also bore little resemblance to spectra recorded on the ground at the same time. Thus, sensors on the Earth's surface likely capture a fraction of the true diversity of acoustic waves in the atmosphere.

Deploying a wireless sensor network on an active volcano

2006 ABSTRACT: Wireless sensor networks—in which numerous resource-limited nodes are linked via low-bandwidth wireless radios—have been the focus of intense research during the past few years. Since their conception, they've excited a range of scientific communities because of ...

Fidelity and yield in a volcano monitoring sensor network

Proceedings of the 7th symposium on Operating systems design and implementation

2006 ABSTRACT: We present a science-centric evaluation of a 19-day sensor network deployment at Reventador, an active volcano in Ecuador. Each of the 16 sensors continuously sampled seismic and acoustic data at 100 Hz. Nodes used an event-detection algorithm to trigger ...

2006 ABSTRACT: Circular Dichroism (CD) spectroscopy is a long-established technique for studying protein secondary structures in solution. Empirical analyses of CD data rely on the availability of reference datasets comprised of far-UV CD spectra of proteins whose ...

Proceeedings of the Second European Workshop on Wireless Sensor Networks

2005 ABSTRACT: This paper describes our experiences using a wireless sensor network to monitor volcanic eruptions with low-frequency acoustic sensors. We developed a wireless sensor array and depioyed it in July 2004 at Volcan Tungurahua, an active volcano in central ...