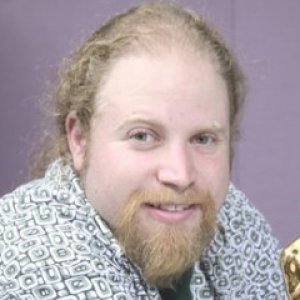 Jory K. Prum is principal engineer and owner of studio.jory.org, a game audio production facility located in Fairfax, California. With 19 years of audio production experience, Jory has focused primarily on interactive audio since 1999, when he joined the LucasArts sound team to work on all of the "Star Wars: Episode I" release titles.

Since departing LucasArts in 2001, Jory has worked as a gun-for-hire, creating sound effects, recording and manipulating voice & music, and mixing cutscenes for more than 100 games such as LucasArts' "Knights of the Old Republic", Telltale Games' "The Walking Dead", "Back to the Future", and "Sam & Max" episodic games, and Double Fine's "Brütal Legend".

Jory holds a Bachelor of Fine Arts in Sound for Film & Video from the California Institute of the Arts, is a member of the AES and the IASIG, and is the author of the HTML5 Audio blog. He has had the honor of presenting at the AES Conference previously, as well as at the Game Developer Conference, the Nordic Game Conference, JoinGame, and numerous universities around the world.

Recording & Editing Dialogue for Your Game

My Amp Goes Up to 11: Audio Reference Levels and Dynamics in Games

HTML5 Audio: Coming to a Game Near You!

This workshop presents a general overview of game audio, its various components, and tools the professionals use. It also provides alternatives for those seeking to begin doing some aspects of game audio without breaking the bank.